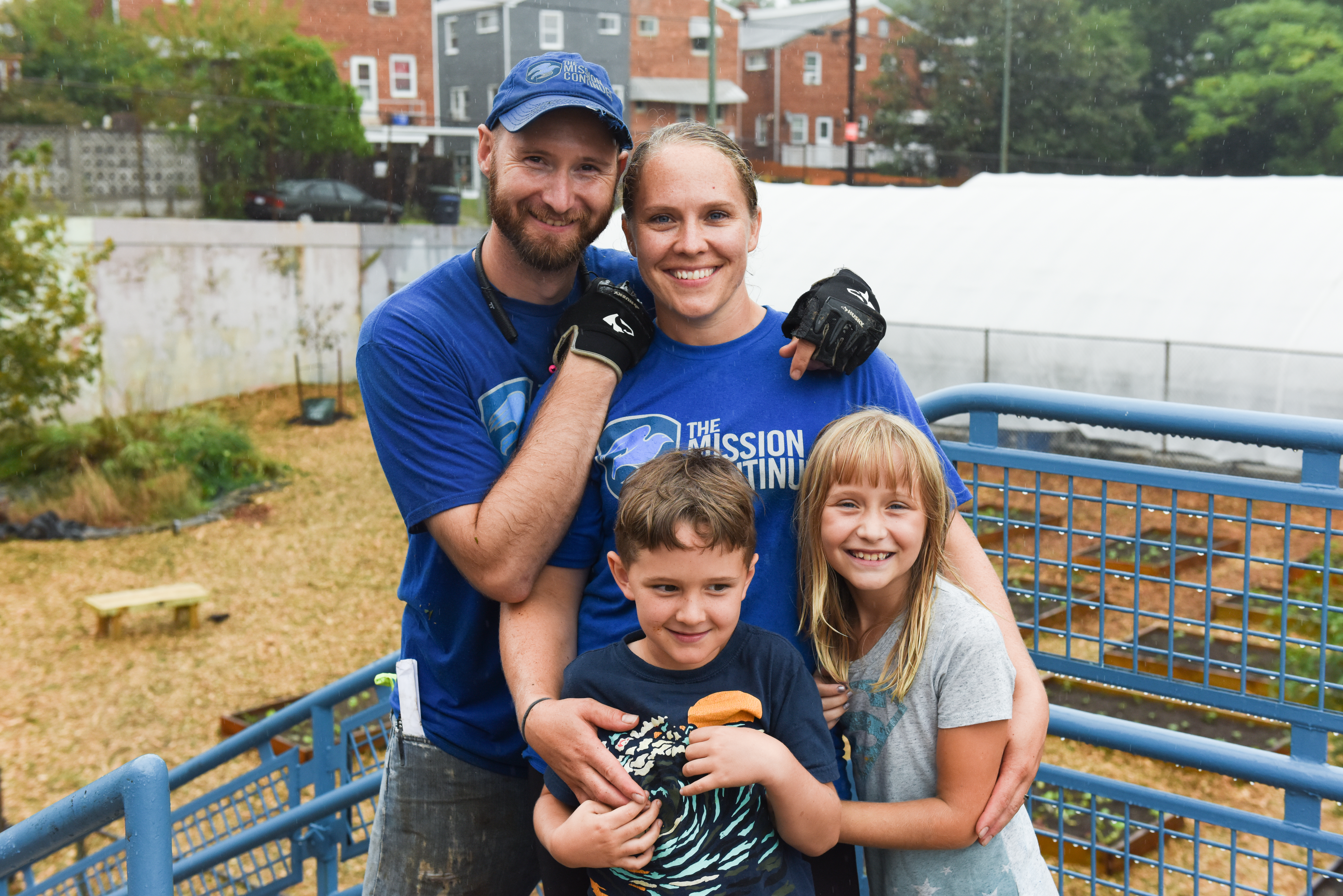 Planting the Seeds of Service

I separated from the military in 2007. By that time my wife and I wanted to start a family, and I wanted to pursue a different career, one in which I could build and create. Chemistry, physics, engineering – I loved it all.

But the issue I had with transitioning from military service into the civilian world was the grind. The routine gets dull, you stop wanting to get out of bed, and it becomes hard finding purpose in your daily activities. You start to think, What’s the point? Nobody’s going to miss me. I’m not going to do anything worthwhile today.

What I wanted above all was to work on something bigger than myself. I eventually decided I wanted to work in renewable energy because it was for the greater good.

I was a lot happier when I worked on projects that improved the lives of others, and I kept that in mind when I first learned about The Mission Continues. It planted the seeds for continuing my service in a civilian context.

Years later I was seeking to do more of what motivated me – helping others – and decided to give The Mission Continues a try. Meeting veterans who were all passionate about serving the community compelled me to go again, and again, and again.

The idea of redeploying into a new mission was energizing. And what I liked most was that the missions were constructive, not destructive. In the military the worst part was wondering if it was worth it, if you did more harm than good. But with volunteering, I knew that everything I did left the world a little better.

I got really into volunteering and became a service platoon leader. We focused on urban agriculture in Washington, D.C., helping people in food deserts take charge of their own destiny. We partnered with a veteran-owned urban farm and various community gardens, helping set them up for success.

During these projects, the community and its youth would come to volunteer alongside us. Ultimately, I can see I’m inspiring the next generation, planting seeds of service in them. I hope that my service has shown the kids that you don’t have to be an extraordinary person to do extraordinary things. With vision and motivation, every one of us can initiate positive change. Sometimes all it takes is a spark to light a fire.