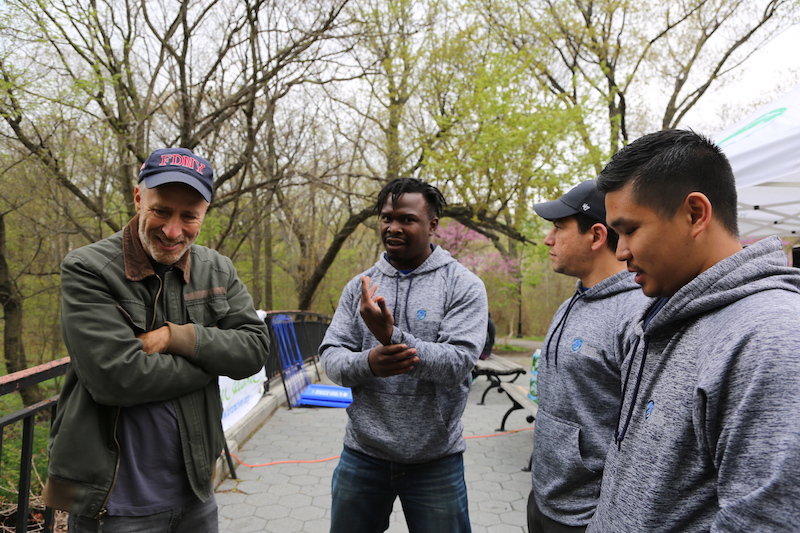 Poised for Impact in the South Bronx

You don’t have to be world-famous to make an impact – you just have to dedicate the time, energy, and effort to work with your community from the and lead by example.

For generations, our veterans have inspired people to affect positive change. Here in New York – a city that prides itself in coming together to advance the greater good – our veterans are continuing to step up on behalf of children and families.

From promoting healthy lifestyles to developing youth leadership to creating safe recreation spaces, veterans who serve with The Mission Continues are reclaiming a sense of purpose and gaining recognition as one of the city’s most vital levers for social impact.

As we look forward to 2019, we see that we’ve reached a tipping point for our work in New York City. In the coming year, we will activate more veterans than ever and truly position veterans at the forefront of the city’s service movement.

But to do this, we need a veteran who wants to make his or her mark in the Bronx. Are you eager to lead? Be part of a mission-driven team again? See change in the Bronx right before your eyes? If the answer is yes, you should apply!

What we’re doing in the South Bronx

We are especially proud of our work in the South Bronx and the exciting future that awaits. The longstanding challenges facing the South Bronx are a resounding call to for our veterans. It is the lowest income congressional district in the country, with nearly 40% of residents living below the poverty line, the lowest owner-occupied housing rate in the country, and only 3% of the population with a college degree.

Nevertheless, these issues don’t cloud the truth of the Bronx. It’s a community known for pride, legacy, and grit.

The personality of the Bronx is impossible to miss, from corner to corner, building to building, person to person. It’s the embodiment of the American Dream for generations of immigrants, the home of countless cultural institutions, and the birthplace of hip-hop, one of the most transformative art forms in our nation’s history.

These values are personified by our veterans, making the South Bronx an ideal home for operations conducted by The Mission Continues.

Jon Stewart in the Bronx

Mr. Stewart’s remarks embodied the spirit of The Mission Continues when addressing the crowd: