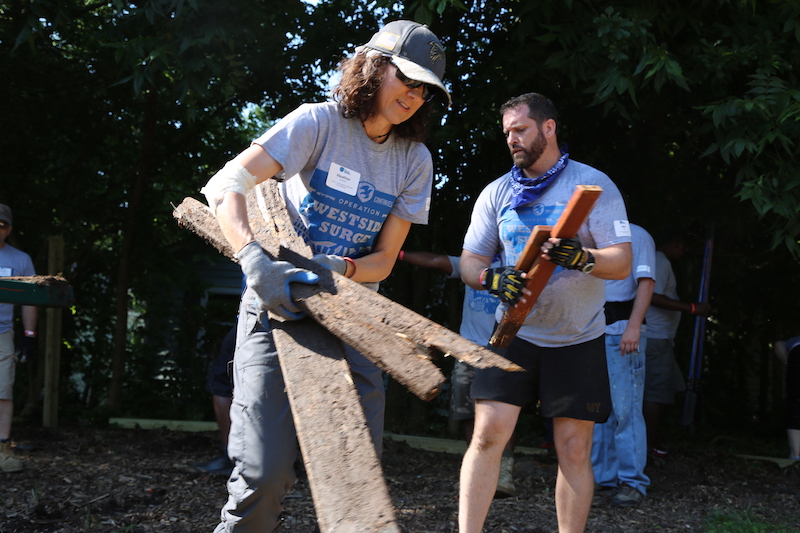 My first experience with The Mission Continues was as a participant of Mass Deployment, which was dubbed Operation Westside Surge (OWS), and took place in Atlanta, Georgia that year. My volunteer work up until OWS, while enjoyable, hadn’t yet filled the void in me, or given me a new life’s purpose.

I sought something more in my life, but, until OWS, wasn’t quite sure what.

My patients were both “us” and “them”

I served in Iraq during the 2007 surge with the United States Air Force as a trauma intensive care physician in the hub trauma medical facility in the war theater, Camp Anaconda, in Balad, Iraq.

My job was to put people back together again, to save lives, or for some, to guide them through death. My patients were both “us” and “them.” Our combat mission was to perform damage control surgery and send our troops to Landstuhl, Germany for definitive care. 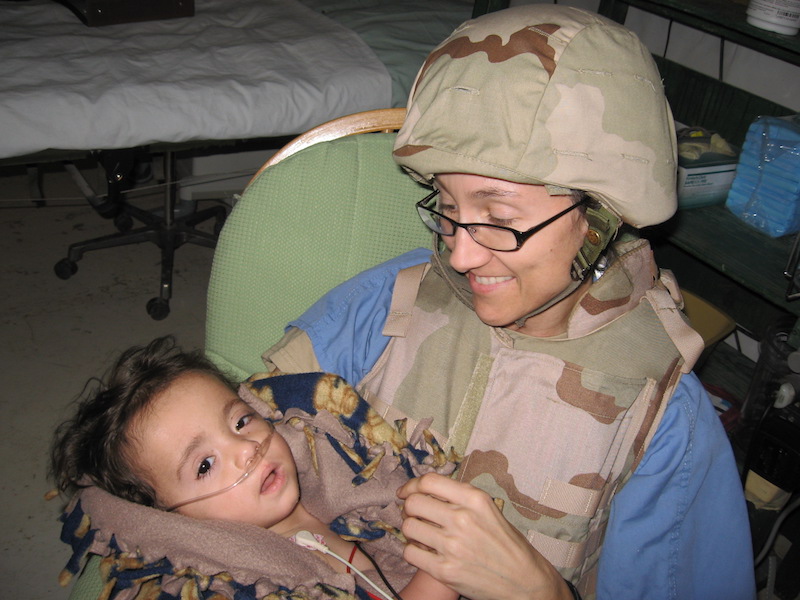 We accepted Iraqi patients too if we had enough resources. The Iraqis (combatants, insurgents, and civilians) were kept in our ICU tents until they were well enough to leave, or, in plenty of cases, died.

My civilian training had included palliative care and clinical ethics. Because of this medical specialization, my combat responsibilities quickly evolved into me being the one to choose which patient to remove from life support in times of mass casualties in order to free up beds for incoming casualties. Most of the patients that were in our ICU (and candidates for removal) were children from 28 days old to 12 years old.

Most of the patients that I selected to be removed were young children. My task, to choose and help those patients die, was unfortunately frequent.

We treated Iraqis if we had the resources to do so. If our resources were limited, we turned these civilians away so we could focus on the coalition troops (and in some cases, even enemy combatants).

I did my job, I did it well, and I am proud of my service.

It wasn’t until I returned from war that the nightmares, insomnia, and panic started to take hold of me.

I developed severe complex Post Traumatic Stress (PTS). My symptoms appeared almost immediately upon my return to the states in 2007. I managed to hide them and continue working as a physician until 2012, leaving active duty in 2009. My daughter Mary was born in 2010, right in the middle of this transition.

My workaholism and growing life stress in combination with PTS led me to total self-neglect.

I became so unhealthy that even I could no longer avoid facing my illness. I chose to leave medicine to recover for myself and my daughter. That was when my PTS flourished and became unavoidable.

I disappeared from myself. I isolated. I dissociated.

I was unable to care for myself let alone my daughter. I eventually made the (very difficult) decision to leave my then four-year-old daughter in the care of family and moved eight hours away from her, back to my childhood home, Maine to get much needed help. Two years later I was well enough to return to my daughter.

I was lonely and feel lost. I sought friendship and purpose. I have found it with The Mission Continues.

I craved to feel useful and belong to something bigger than myself — something designed to tangibly help the vulnerable.

The experience of a Mission Continues Mass Deployment has been life-changing.

The most enjoyable part was serving alongside other veterans, each with their own struggle, but all of us with the same heart—to continue to serve our country.

The best part of my recovery has been through the friendship of other like-minded veterans. I found them, en masse, during OWS. 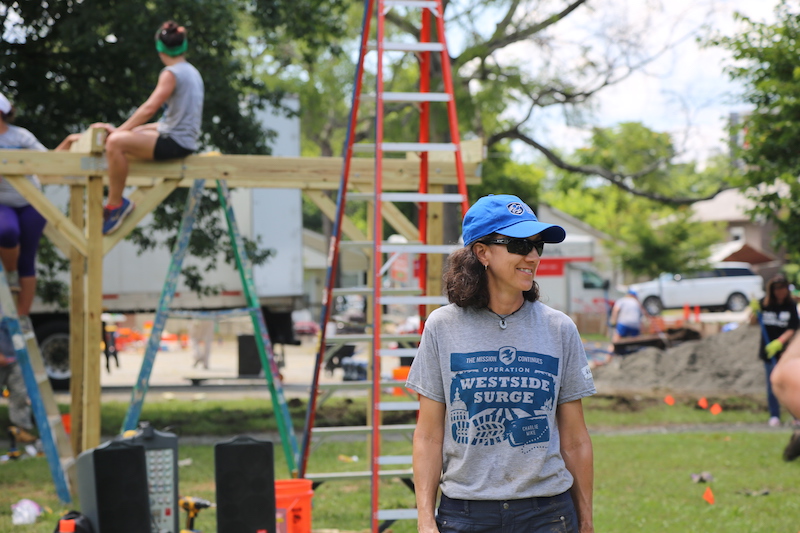 Prior to OWS, I had limited friendships with other veterans simply because of my moving and tendency to isolate. The OWS experience provided me with new friends, but also helped me feel like myself again.

I felt like the old Heather was alive and well at OWS–social, enthusiastic, outgoing, and vulnerable.

I fit with The Mission Continues.

I share their mission of helping communities, our communities, in need. I feel safe and in good hands with The Mission Continues having my six.

I left OWS invigorated and with a new-found purpose.

Apply for our next Mass Deployment today!