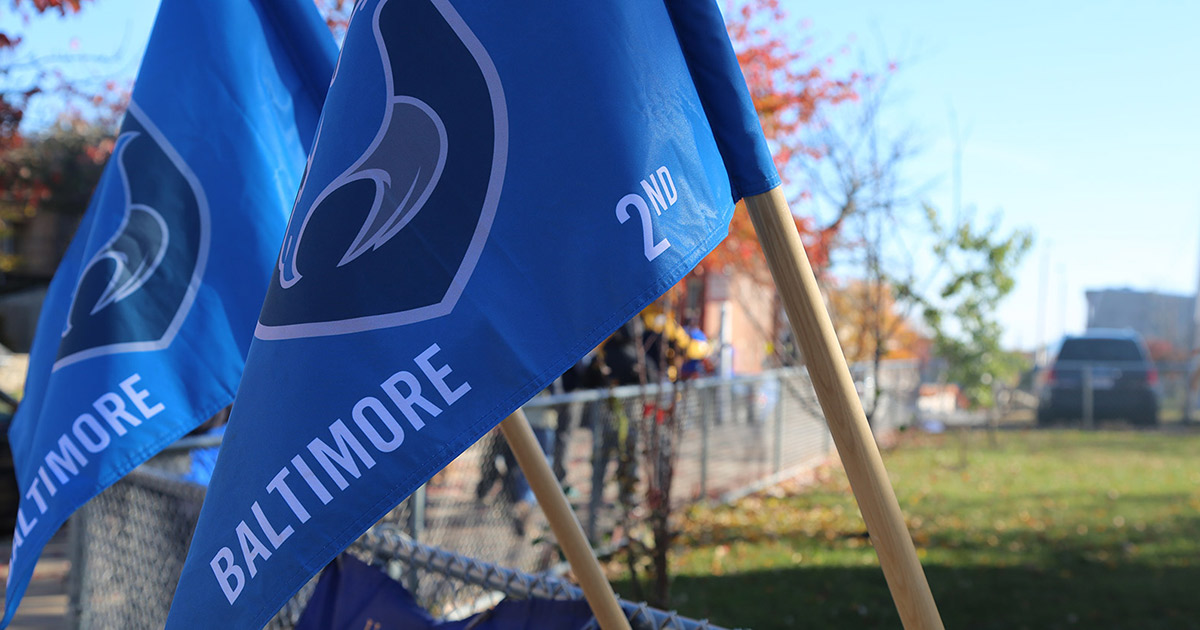 I married a Marine and was raised in a Navy family, but my personal journey brought me overseas for two and a half years as a United States Peace Corps Volunteer. Like the veterans who serve in our programs, though, I took the same oath to protect and defend the constitution of the United States… I just did so without a uniform, weapons training, and a guaranteed USAA membership.

Despite every twist and turn expected of a Returned Peace Corps Volunteer in the last eight years since I closed my service, I’ve somehow landed in a city that owns my heart with work that energizes me every day. As the Baltimore City Impact Manager for The Mission Continues, I have the privilege of managing our organization’s growth, presence, and relationships in the city I now call home. 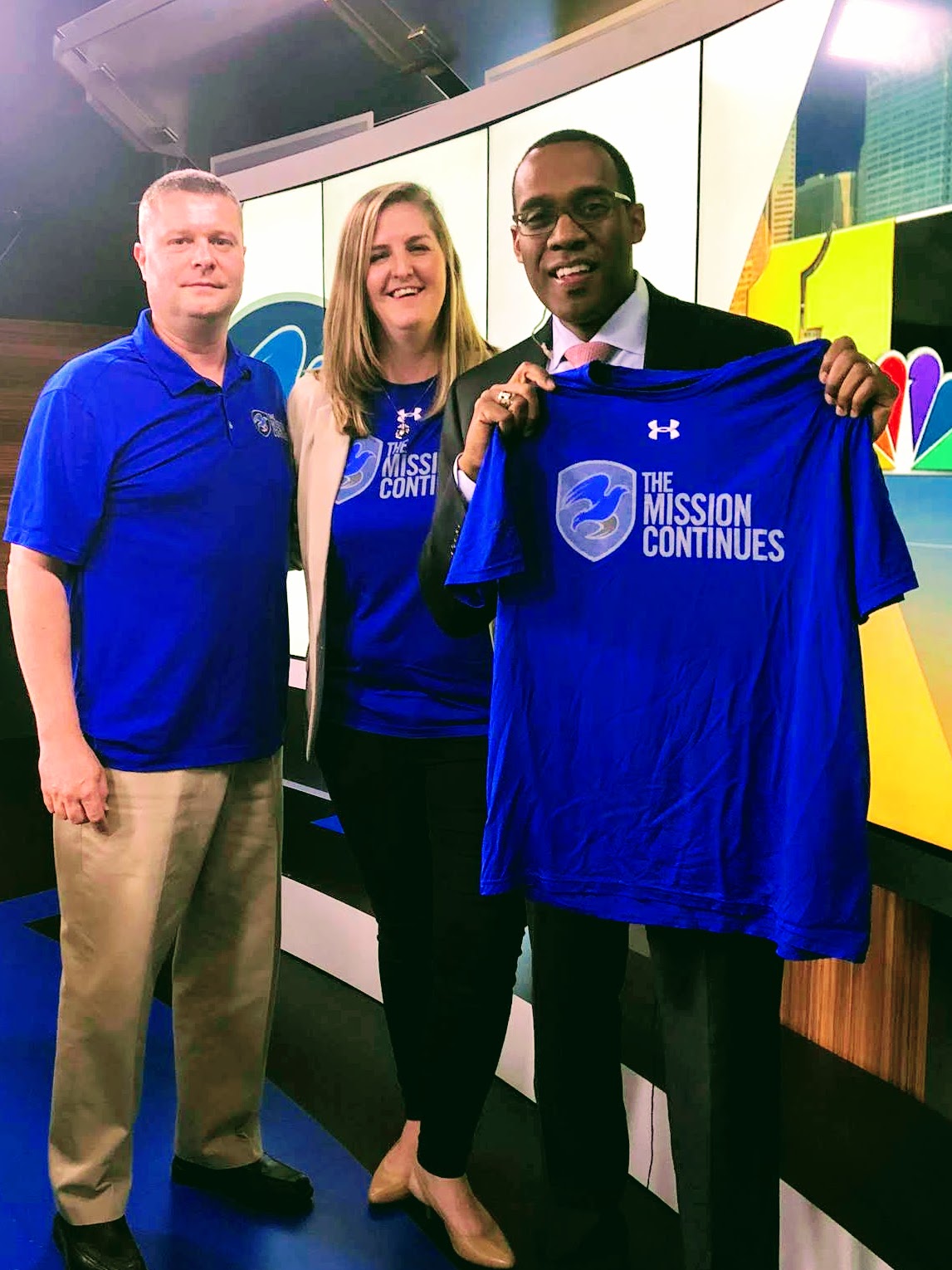 I also get to coach and mentor military veterans with the desire to leverage the skills and assets they garnered from their military service back into Baltimore, while they benefit from having their mission and purpose restored as leaders and change-makers on the home front.  Somehow, I found a career that perfectly marries my Peace Corps background with my passion for my own military community. 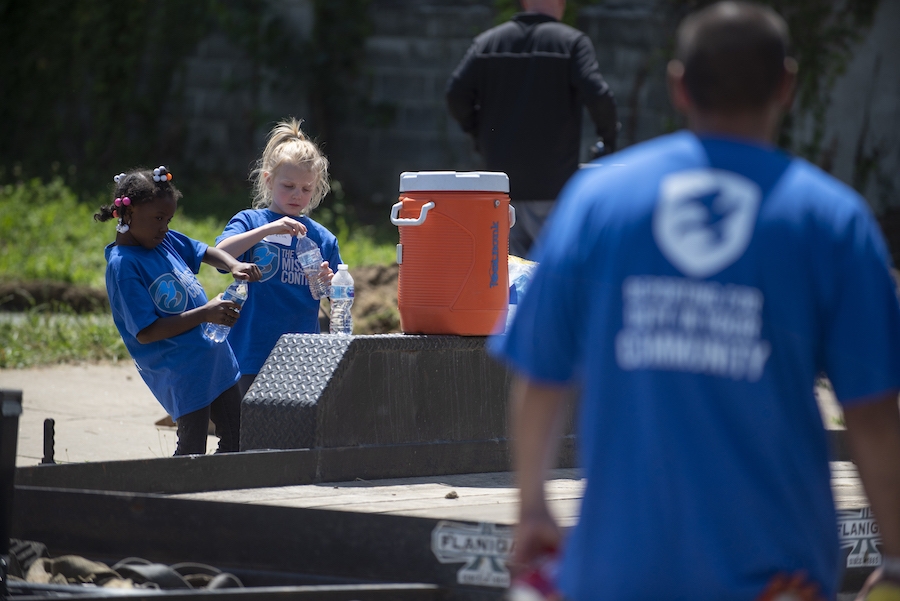 Youth at a service project in Baltimore

As both a Returned Peace Corps Volunteer and a member of the TMC family, I can tell you that there’s this special thing that happens when you’re invited into a community and then thrive in partnership: you begin to realize that despite the declarations and comments from others, no one – absolutely no one – can take away your first-person experiences.

I learned this value while working among the vibrant Roma population in Eastern Europe, and am continually reminded of its value in my work in Baltimore. 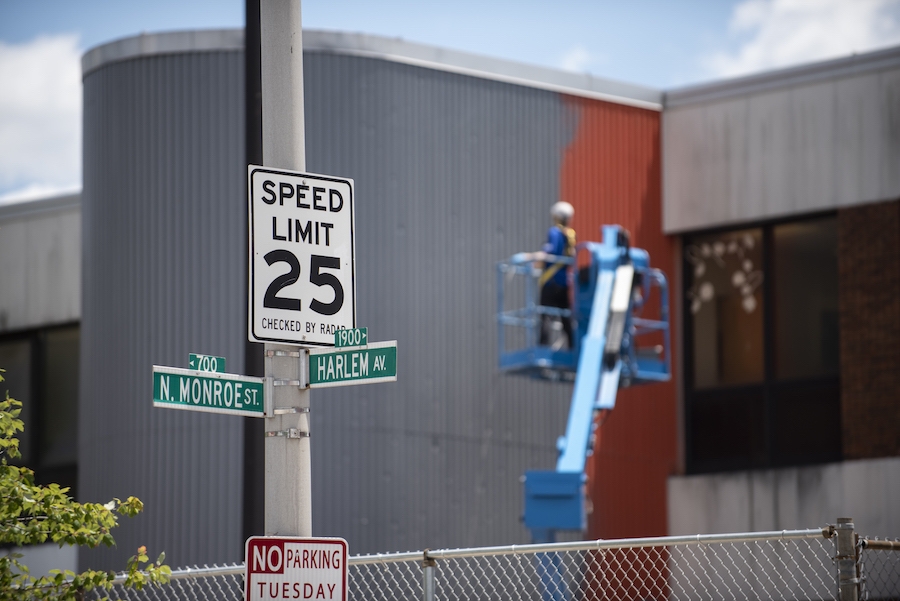 About a month ago, I was standing in a room with over 90 military veterans who had given up an entire week away from their jobs, lives, and families to love on a city that wasn’t their own. For every single one of them, Operation Charm City Charge was sometime AFTER they had raised their right hand in a solemn oath to defend this country. They may have earned a paycheck when they wore a uniform, but this time they were answering the call to serve with the promise of no more than a plane ticket, a swanky dorm room, a t-shirt, and a chance to find their mission and purpose again. 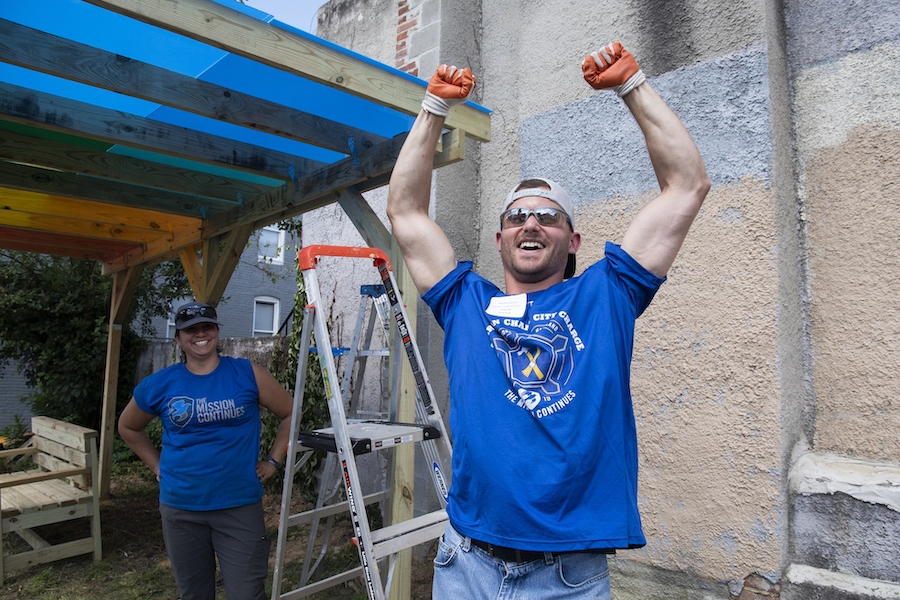 The day they left to return home, we spent an entire morning reflecting about the work they had done, the countless Baltimore residents they had met and served alongside, the beauty and resiliency of this little city, and how they would take those tenants of asset-based community development and leadership back to their own cities to keep on serving.

On days when the roller coaster ride that is community work in this city or any other seems to have a few more twists and turns than normal, I think about the crew of veterans from all over the country who are actively reminding me why MY little city and the work that we do in partnership with local champions is so amazingly special. 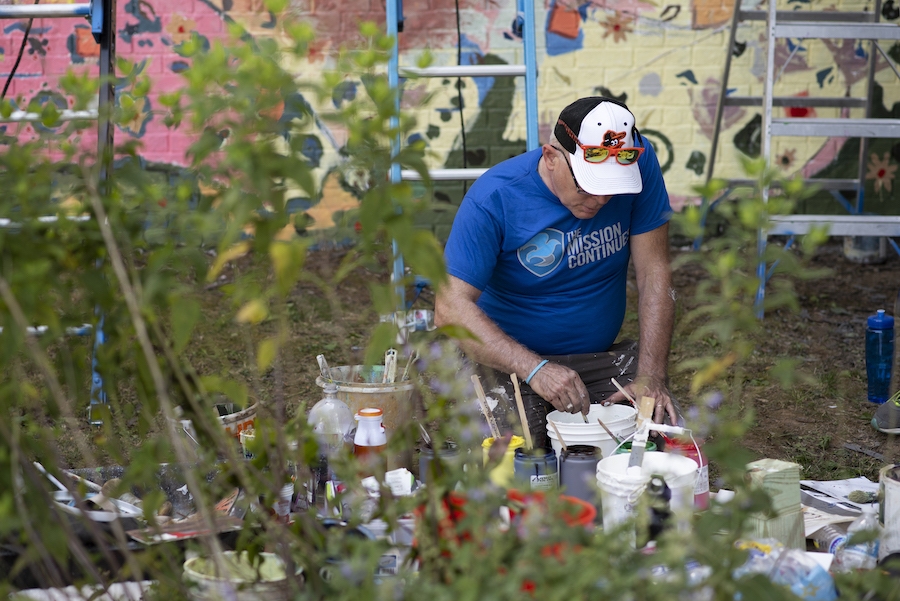 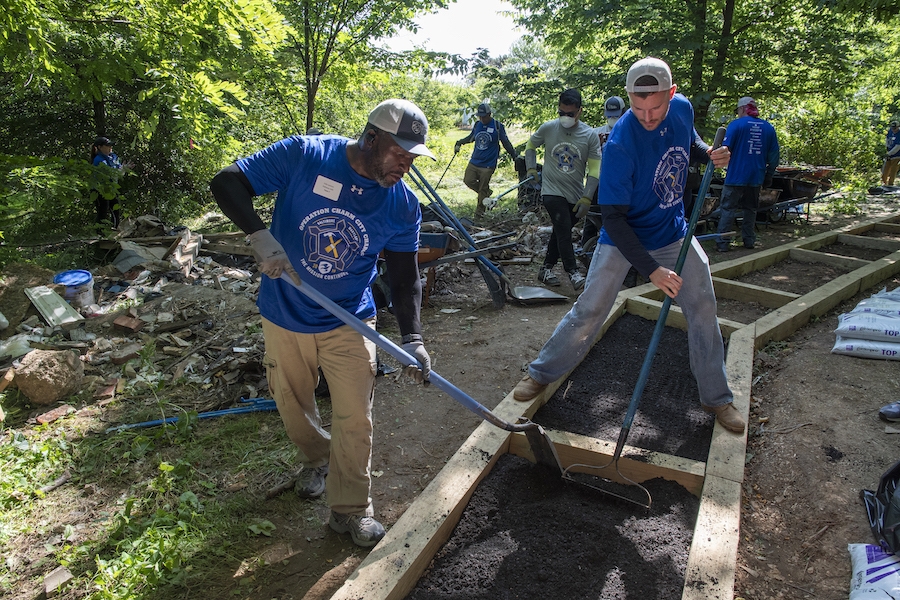 Veteran volunteers at Operation Charm City Charge creating a walkway for students to use on their way to school.

We’re invited into communities. We ask residents and our partners to share their vision for the neighborhoods they live and work in, and then – by linking arms with the people that love this city because it’s their own – we unleash the leadership, passion, dedication, innovation, fortitude, brute strength, and integrity of our men and women in uniform alongside the community members who live and work here and embody the same attributes.

I’ll be riding the high from Mass Deployment in Baltimore for a while, and not just because we built a Peace Park in Harlem Park West, giant Adirondack chairs in Garrett Park, a safe path to school in Farring Baybrook Park, a teaching garden at Ben Franklin High School, and the Refuge Garden in Brooklyn. 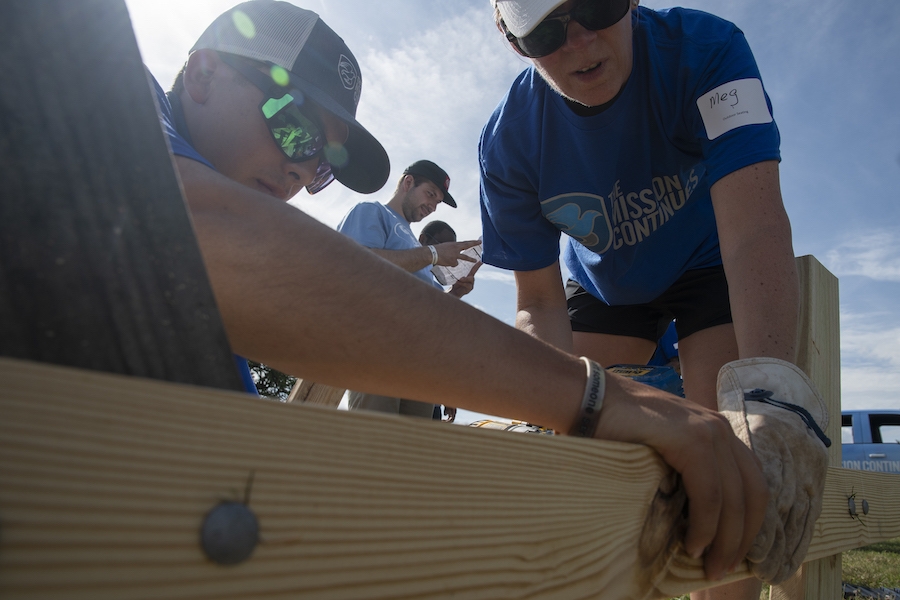 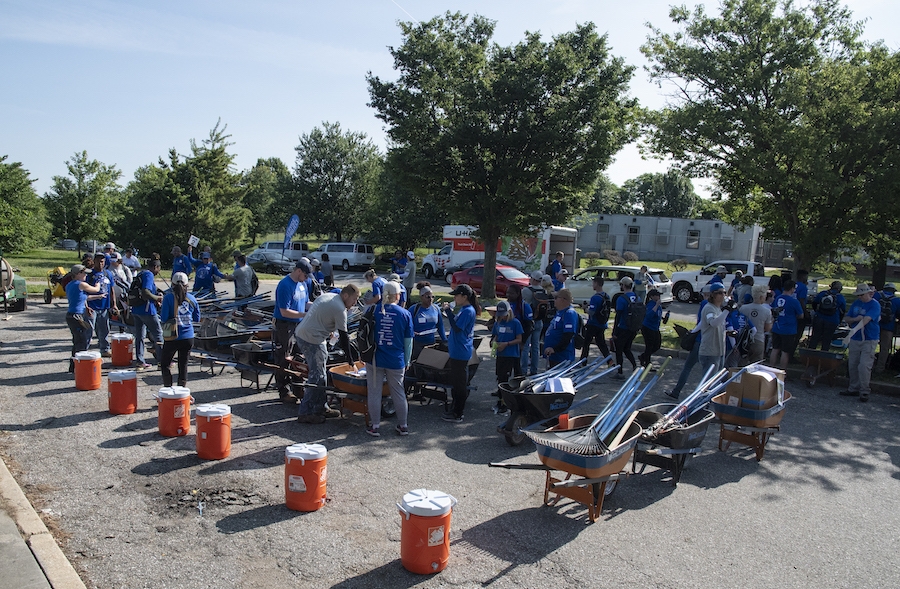 I’m energized because this city – residents, veterans, funders, partners, children, college students, active-duty military included – came together, heard inspiring missions and visions, and put boots and tools to the ground to deliver on a promise for this beautiful, resilient, and charmed city.