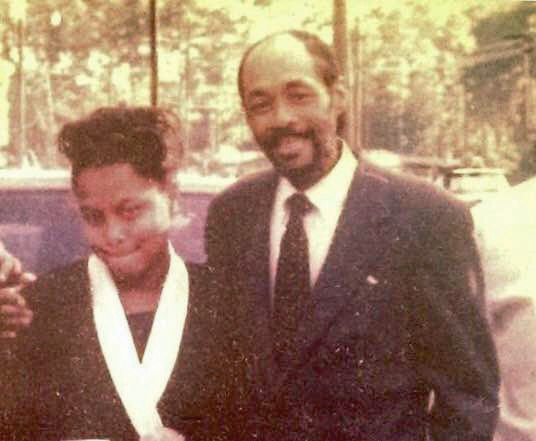 From Vietnam to Iraq: Continuing My Father’s Legacy of Service

For all the time my dad Robert Lee Coleman spent in the jungles of Vietnam as an Army infantryman, I rarely heard about it. Even Memorial and Veterans Day were not enough to get him talking.

So I took what I could get when he decided to open up. Some nights he’d sit by the window in the middle of the night as if he was keeping watch. He was always smoking a cigarette and staring intently at what appeared to be nothing. He spoke softly, much softer than his normally confident voice.

He rarely told stories, except on those rare nights when I would wake up and sit with him while he stared out the window, and I’d ask him what he was thinking.

With a far off look, that appeared to see miles away, he would offer little glimpses of his story. Sometimes he couldn’t finish. Sometimes he would trail off and be quiet, forgetting I was even there. In those rare moments I saw my dad for who he was, a strong man, a veteran with a story full of pride and grief.

Though I had other family members who were veterans, my father was the one who made it something identifiable and personal, who carried with him the price of war, and defined what that sacrifice truly means. He struggled with issues that were sometimes not recognized, mostly not diagnosed, and greatly left untreated. My dad was a strong man who beat impossible odds throughout his life.

I don’t know everything about what he had to endure, other than a few stories we were able to extract from him. I know he was awarded the Bronze Star. At the end of his draft commitment, he voluntarily extended for six extra months to fight alongside his brothers in arms.

When I got older, I began to comprehend what he truly went through and how he fought not only his battle at war, but also many inner battles at home. Like many other Vietnam veterans, he was a hero who did not expect anything in return. Instead of seeking any recognition, he went home quietly and tried to fall back into civilian life as if nothing ever happened.

My father passed away the night before Father’s Day weekend on June 15, 1995.

Five years after his passing, with few options, I was trying to figure out my future. At the time my brother had completed a successful enlistment in the Navy and I thought of following a similar path. I felt a desire to make something of myself and I also secretly felt it could give me a connection to my dad.

I enlisted in the peacetime Army to serve in military intelligence. The world was different then. Our trainers said we’d likely wear business suits to work instead of military fatigues.

Then September 11 changed the intelligence community forever. I deployed twice to Iraq and once to Afghanistan. 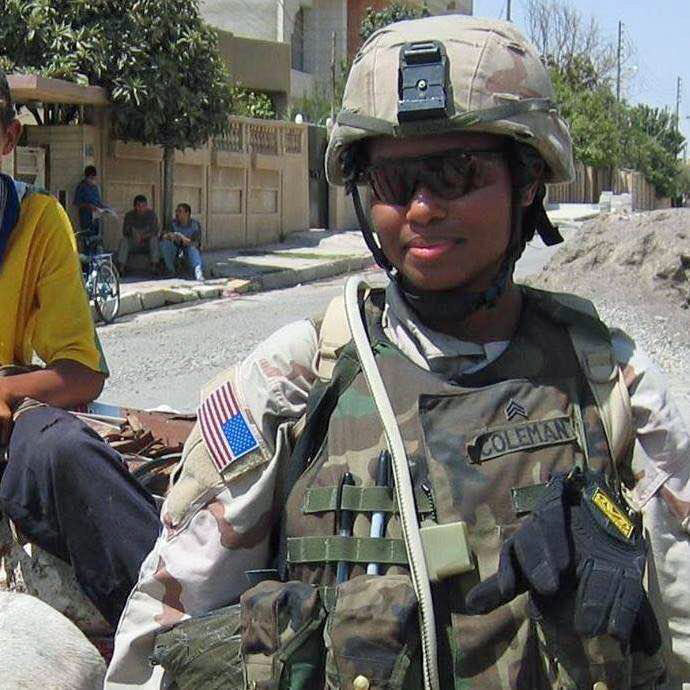 Nia Coleman during her first tour in Iraq.

On my first Iraq tour in 2003, I was attached to an infantry unit patrolling the streets of Mosul, riding along on raids and patrols.

I gathered human intelligence on missions to stay ahead of the enemy. At one time I was one of three women on a base—luckily the battalion commander recognized what I offered to the mission and made sure we integrated with men.

It was tough to imagine what my father did in Vietnam, but working closely with the infantry, I discovered newfound appreciation for his challenges. Today’s soldiers have unprecedented technology and information to help on the battlefield, but when facing off against the enemy, my dad had little except a rifle and the will to protect the men around him. Even still, the men I served alongside experienced great adversity. I could see why it affected my father so much.

Now that I left the Army and serve in a fellowship at The Mission Continues, I want to keep my father’s spirit of service alive. I work at The Next Chapter, which helps veterans and victims of domestic violence and sexual assault find their footing for their next phase in life.

My father’s experience and challenges made me realize a vital lesson for my life: even the strong and the capable need help. And I want to give it.

Nia Coleman served in Army military intelligence. She deployed to Iraq and Afghanistan and is an Alpha 2015 Fellow at The Mission Continues.

Want to make a difference in your community? Apply for a fellowship.