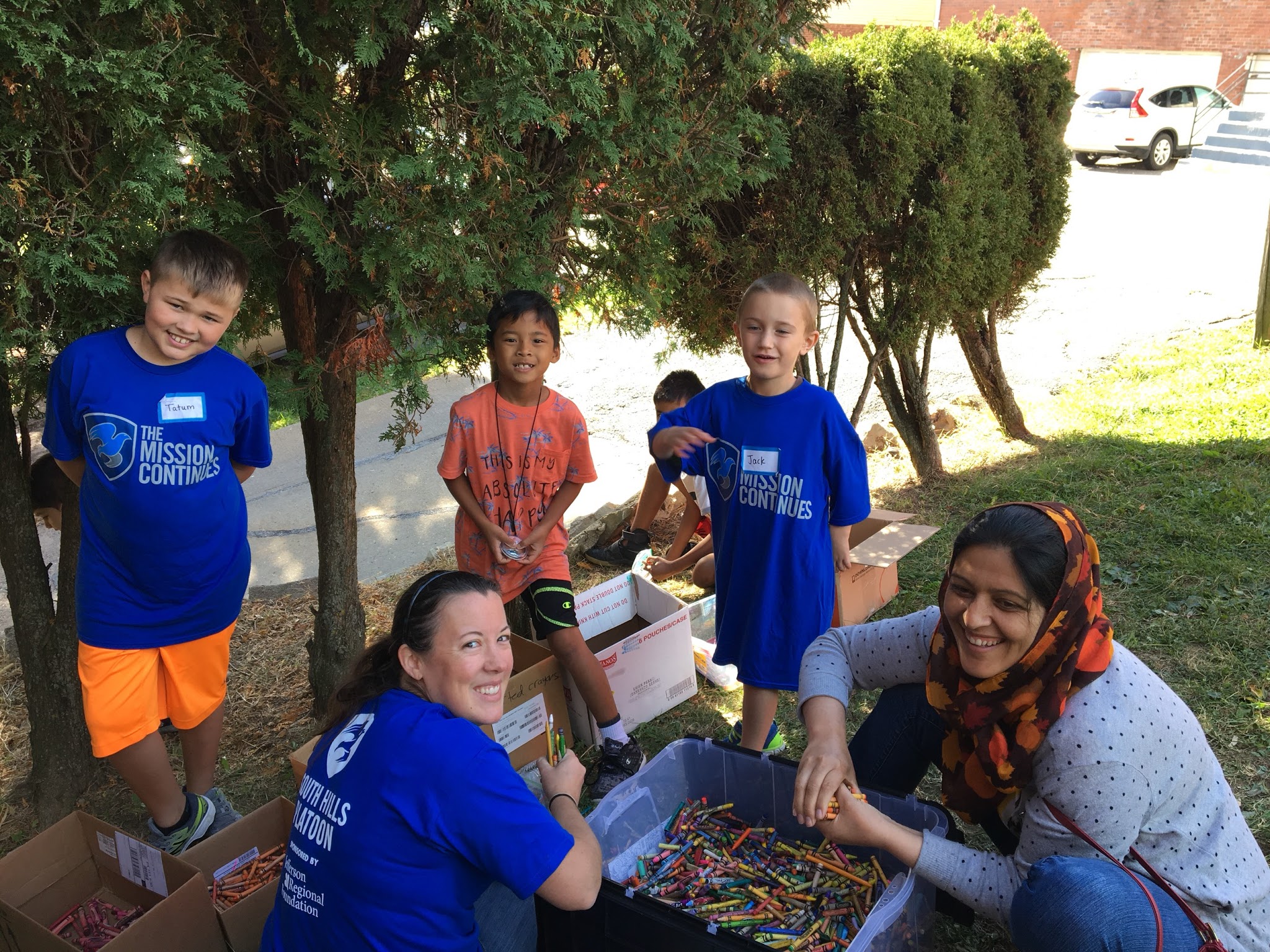 Veterans and Refugees Build Together in Pittsburgh

The Pittsburgh 3rd Service Platoon is a new group of volunteers that are ready to mobilize Pittsburgh’s veteran population–asking them to help refugees living in the South Hills of Pittsburgh. After months of recruiting, planning and collaboration, the newly-born platoon kicked off with their first service project last Saturday.

I launched the platoon this summer for a more specific reason than that: While Pittsburgh has two service platoons dedicated to the underserved neighborhoods of Hazelwood and Homewood, Pittsburgh has seen an increase in their foreign-born population, many of them refugees. 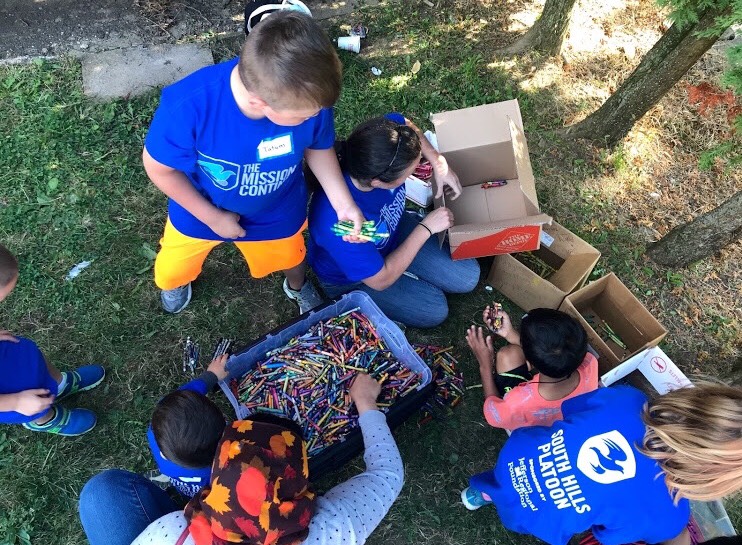 Today’s foreign-born residents may come from different countries than immigrants of eras past, but they share the same hopes and face the same challenges of starting life anew.

This meant that there was a need — a need for the community to help welcome and support refugees transitioning into their new home. As veterans face the same task of transitioning back into communities after separating from the military, it was clear that veterans with The Mission Continues were the perfect group for such a mission. After all, veterans have served in many of these immigrants’ original countries, have also experienced the trauma of war, and have seen firsthand why they would want to seek a better life here. 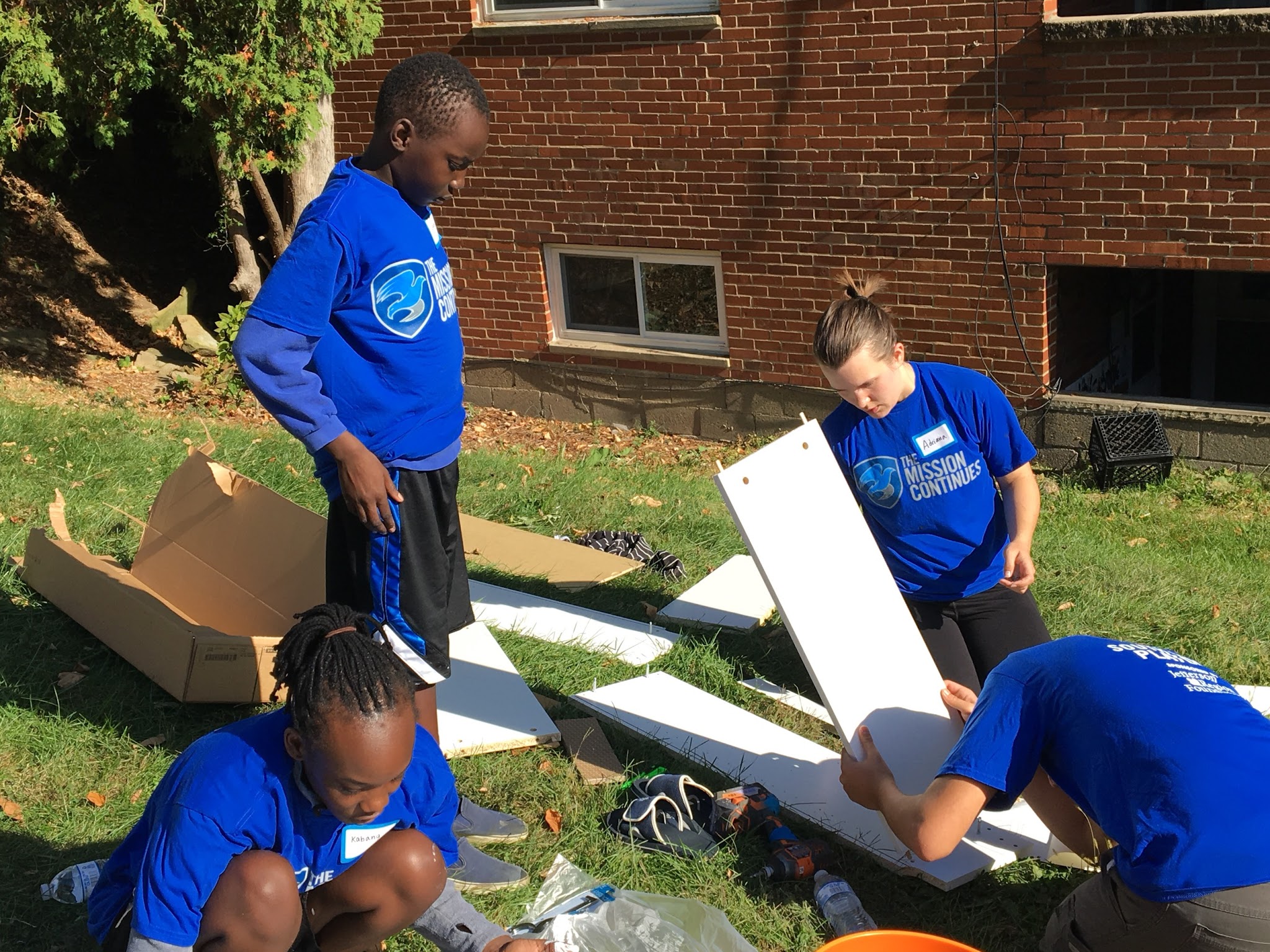 The idea for this platoon was born out of that concept, and was actually materialized thanks to the generous contributions of our lead sponsor, the Jefferson Regional Foundation.

During that project we:

And guess who came with his family! An Afghan interpreter who was embedded with US Army and Marine Corps troops for nearly nine years, who is now in Pittsburgh with his wife and children. He showed up with a smile and said he couldn’t wait to serve again with his “brothers and sisters.”

His wife, who is in a literacy class at GPLC, joined the puppet making project team, and showed us how to hand sew puppets.

The amount of work that 50 volunteers were able to get done in a day’s worth of service was incredible. I saw local community members participate in the project who were immigrants from all over the world– Afghanistan, Thailand, Nepal, Morocco and Sudan, just to name a few.

I saw children from Sudan with dreams of going to medical school chat with adult volunteers who are currently in medical school. They were able to learn about what it’s like to be a doctor, and how they can prepare for a rigorous career. The other two dozen children who had gathered painted, crafted and played together. 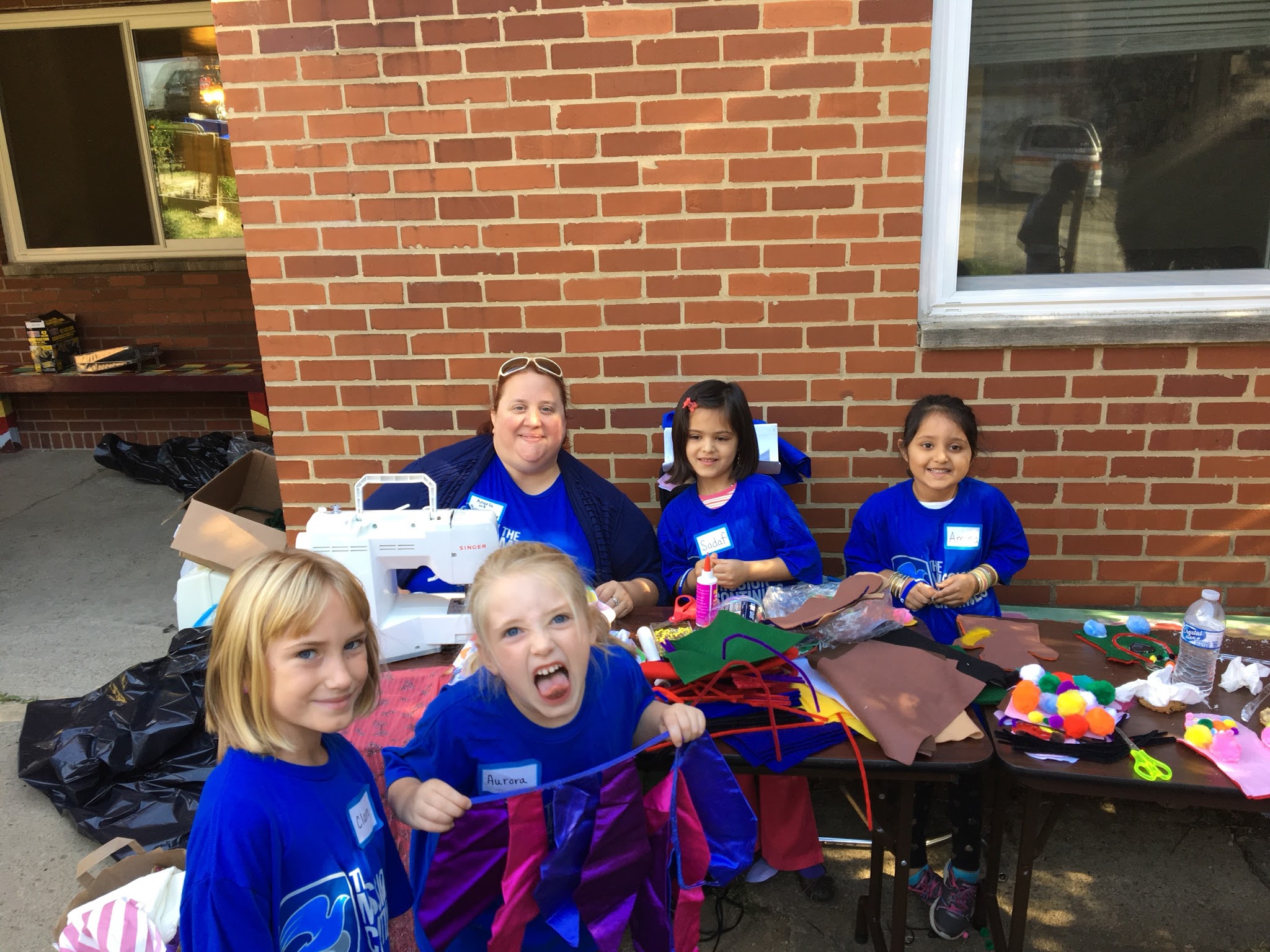 I hope this day showed them that there are people who care about them, welcome them, and want them to succeed for the good of their family, community and new country.

At lunchtime the adults in the GPLC literacy program cooked up a multi-cultural potluck for everyone to enjoy.

I was moved by how seamless people from around the world, many of them coming to America from war-torn countries, came together in service. This project showed Pittsburgh and the world that service unites people.

I’m excited to see what our next project will bring.