On Saturday, April 28, veterans from The Mission Continues Puerto Rico Service Platoon partnered with Panamericano Hospital for an impactful day of service they dubbed Stars of Hope.

Since Hurricane Maria struck the island, veterans and community members from The Mission Continues Service Platoons in Puerto Rico, Miami and Orlando have been working hard to provide support and service to the individuals, families and communities impacted by the hurricane’s devastation. 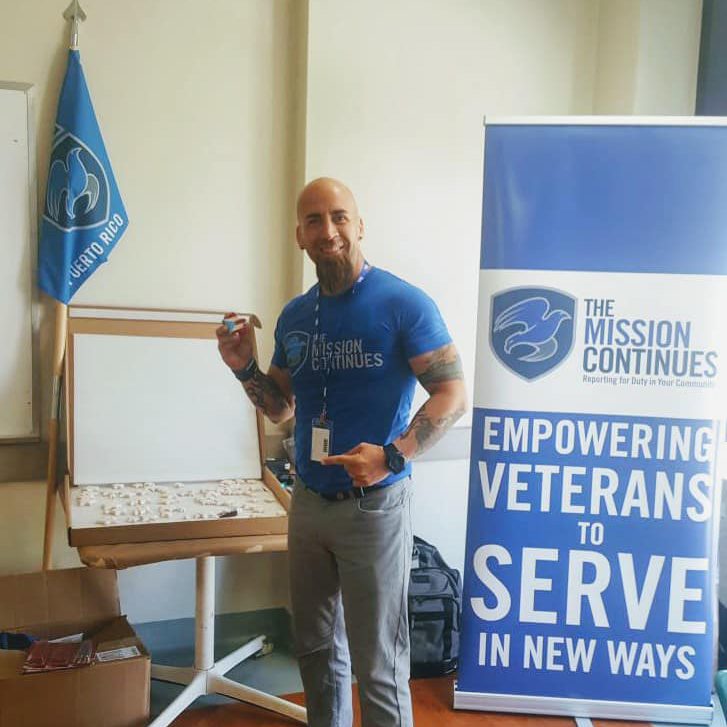 In our latest project, Stars of Hope, Puerto Rican veterans joined 20 youth receiving mental health services at Panamericano to paint 50 ceramic stars with messages of hope, resiliency and recovery. The youth were able to keep the stars as they continued their treatment at Panamericano.

Post-traumatic growth and using art and music as a vehicle for discussion and expression are consistent themes that The Mission Continues Puerto Rico Service Platoon will focus on, so this was a successful first project towards that endeavor.

The idea for this service project came from connections volunteers made during our Alpha Class of 2018 Orientation in Miami, Florida. Mission Continues Fellow Jeaniel Image from Tampa reached out to Puerto Rico Service Platoon Leader Frankie Perez, sharing inspiration for a project that she got from her involvement with an organization called Stars of Hope through her fellowship host site, The Macdonald Training Center. She offered to personally hand-craft 50 ceramic stars and ship them in a box to Frankie along with paint and brushes.

“The compelling part was the common ground we share, as military members, and as artist’s,” said Jeaniel. “Art has allowed me to express my own experiences (especially as a military member and a mother) and have a healthy dialog with those around me.”

“It is now after all the news has left and the citizens are still putting their lives back together that they need a reassurance of hope,” Jeaniel explained. 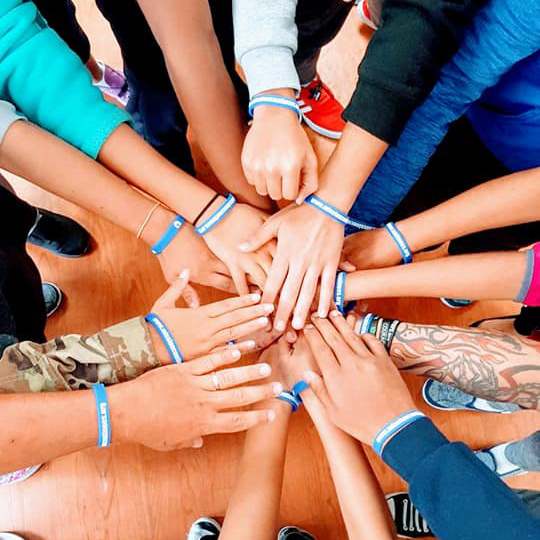 The youth at the service project at Panamericano Hospital

Once the Stars of Hope concept was shared with the hospital’s leadership team, they were thrilled to create a workshop for their hospitalized youth in Cidra, Puerto Rico. Platoon Leader Frankie Perez hopes to turn the effort with Panamericano Hospital into a long term partnership.

Frankie said, “What I love about this particular project is the fact that provides the space to reach out your emotions, creativity, the artistic area of each individual in one single star. That’s the magic of this service project.”

For Frankie, “Art and music means everything to me in terms of expressing my emotions.”

“After I returned from Iraq I hid my pain with music and art. But later I found that many of my favorite artists had to deal with invisible wounds. This is why so it’s important to share it with these youth.” 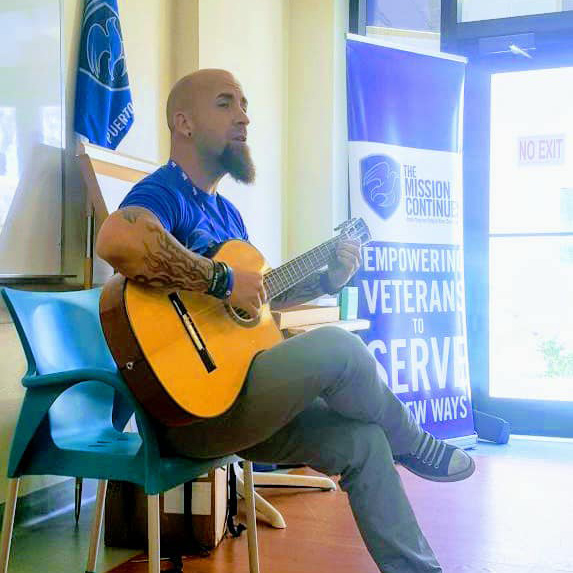 Since expanding into Puerto Rico in 2018, The Mission Continues has partnered with American Red Cross, Disabled American Veterans (DAV), First Hospital Panamericano, Wounded Warrior Project, and others to create and execute service projects, conferences and initiatives that provide support and have an impact across the island.

This is just the beginning of impact for Frankie and the service platoon in Puerto Rico. It’s also true for Jeaniel. She said, “I am currently working with other organizations to continue spreading the message of hope and the bring to light how colorful and empowering military members can be.”