World War I ended with the Treaty of Versailles in 1919, but the fighting had actually stopped months earlier. According to an armistice signed by Germany and the Allies, hostilities ended on the 11th hour of the 11th day of the 11th month in 1918.

The following year, President Wilson declared November 11th as Armistice Day, forever marking its significance in American and world history. It was a day to honor the sacrifice and service of the men and women who fought in the ‘war to end all wars’. But, as importantly, it was a day to participate in exercises that promoted peace and mutual understanding – in hopes that conflicts so catastrophic would never happen again.

The wars didn’t end, and men and women continued to sacrifice and serve. Recognizing this, President Eisenhower renamed Armistice Day as Veterans Day in 1954. It became a day to honor veterans of all eras, including our current and youngest generation.

Over the last 14 years, we asked the men and women of our military to tackle big challenges. They answered. Many of them are no longer in uniform, but they haven’t hung up their ability to solve problems.

At The Mission Continues, we have seen veterans have impact all across the country – by mentoring kids, by helping the disabled, by preserving parks and public spaces, or by addressing public health concerns. They are showing us that we all can change the world, despite our own personal challenges or obstacles. They are showing us that serving others helps us serve ourselves.

At The Mission Continues, we also don’t like to dwell too long on past accomplishments. Instead, we’re focused on what we can do. We are focused more on participating in the “exercises” that will promote peace and mutual understanding – by serving. 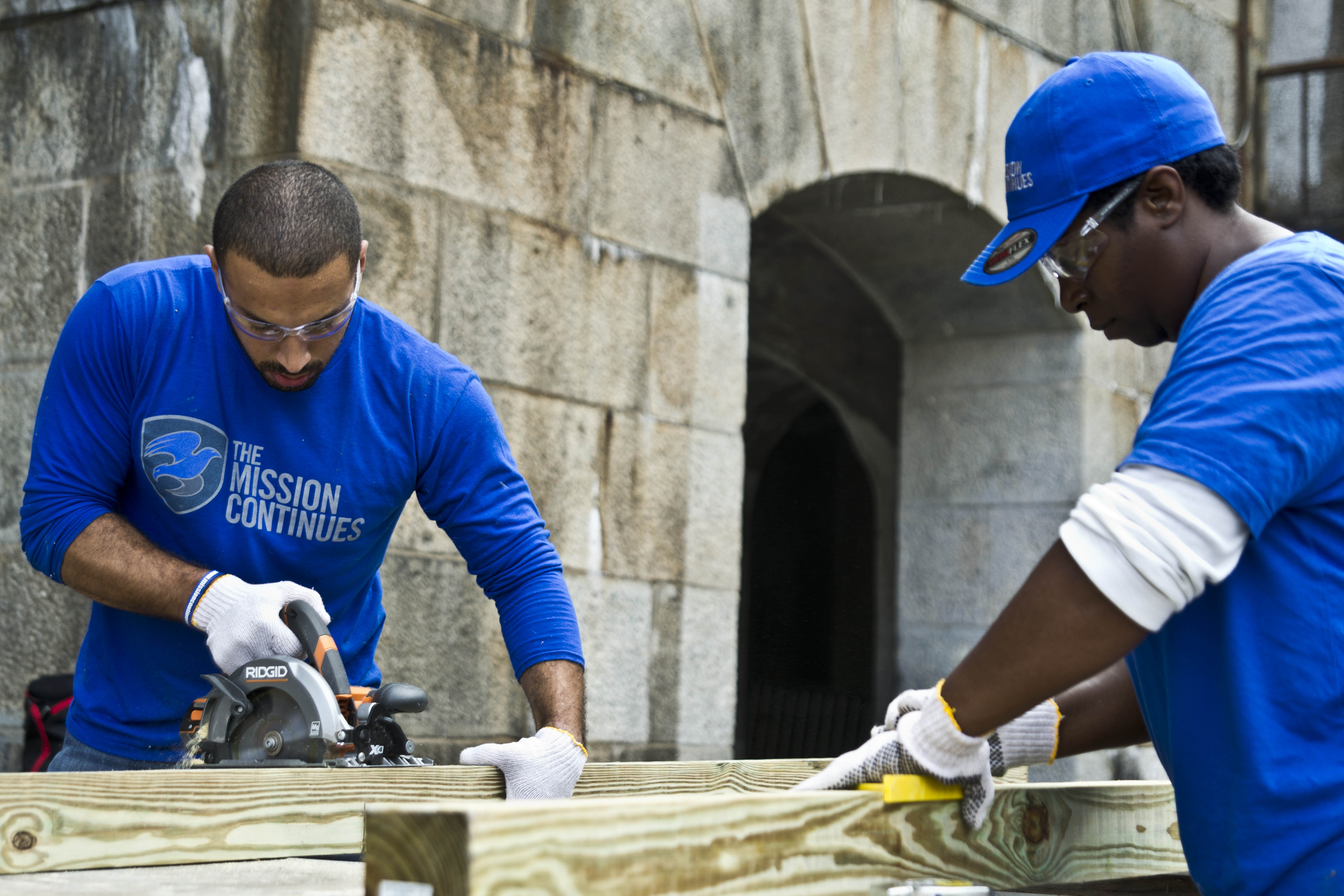 Because of what veterans show us, The Mission Continues is doubling down in the next five years on a simple, time-proven idea: that veterans can be at the heart of significant community improvement efforts across the nation.

Together, they can take on their next mission: tackling the largest barriers to opportunity in our neighborhoods. As they take on these tough challenges, veterans won’t be silver bullets, shining knights, or even subject matter experts. But they will bring new ideas, new energy and enthusiasm, and a renewed dedication to chronic problems. Even more, they’ll bring distinctly military concepts like concentration of effort, mass of forces, and discipline.

So what will this look like? We’re already laying the groundwork in cities where dramatic and innovative change needs to happen. This Veterans Day, men and women are massing in Houston, Detroit, St. Louis, Los Angeles and communities across the country. These won’t be one-day events, but the beginnings of sustained operations aimed at having long-term impact, here at home. 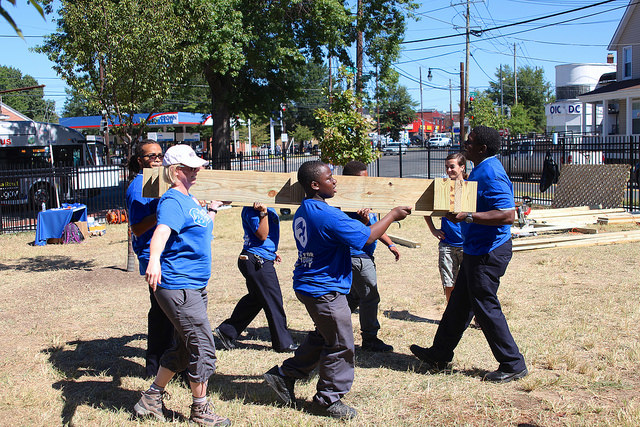 Take our work in Washington, DC. We’re embarking on operations in the Congress Heights neighborhood of southeast DC in support of groups who have been fighting poverty and lack of opportunity for decades. Over the next year, as many as five of our veteran-led service platoons will join the block-by-block effort: revitalizing a public housing complex, restoring a community recreation center and improving a local charter school. They will develop a sustainable urban garden in the neighborhood, and partner with the National Park Service to improve use of the local urban parks.

This is more than slapping paint on classroom walls and laying mulch in a garden on a Saturday. We’re sticking around, because the mission is far from complete. This volunteer force of hundreds of DC veterans will keep coming back week after week, to see our operations through.

Beyond the work they are doing in the neighborhood, these veterans are having another kind of impact. They are demonstrating to an upcoming generation of leaders that service can be an endeavor in their own lives, and a part of the solution to problems they see every day.

This Veterans Day, as you’re honoring and reflecting, I encourage you to consider a different question than the one typically posed: What is the problem I can solve for veterans?

Instead, drop the “for” and insert a “with”.

Because when we ask the question – “What problems can I solve with veterans?” – everyone wins.