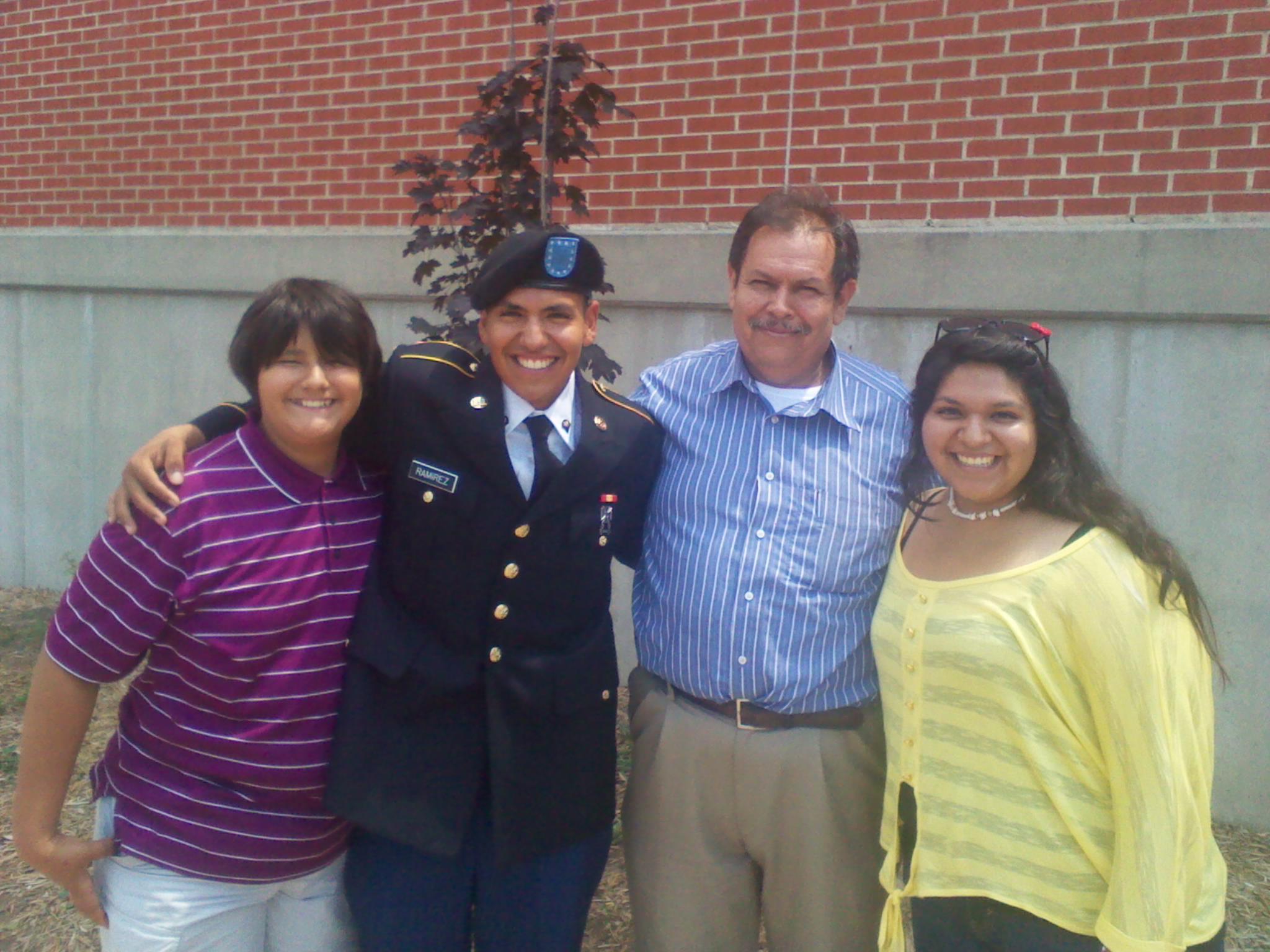 Undocumented: How One Word Changed My Life

Imagine you were barred from legally getting a job, a driver’s license, or if you wanted to go to college, financial aid. This was my reality for many years and it made me fearful and confused. I want to share my story with you to show you the struggles and experiences that led me to find my purpose in life which is to contribute to my community and country.  And I want to discuss how my experiences relate to those of immigrants in America.

I was born in Guadalajara, Mexico. And when I was three years old, I was brought to the U.S. by my mother. She wanted a better life for me and my sister but she couldn’t bring us here legally. As a result, I lived the next 20 years of my life undocumented. A few years later my father reunited with us.

When I was seven years old my father casually told me at a family gathering that I was undocumented and that I was different from other people. His words seared in my mind. Undocumented.  How could one word change my life?  I didn’t feel different; I didn’t look different, but I was now set apart. Growing up I had a difficult time resolving in my head that I was undocumented and I was going to be legally barred from getting a job. At the same time, I had people around me encouraging me to do well in school. I remember in 7th grade my teacher told our class: “each of you has the opportunity to go to college and get a good job. You just have to work hard enough.”

And that’s what I did.

And when it was time to go to college, I didn’t have many options financially. My family started a cleaning business. And when I wasn’t in class I was with my dad, sister, and mother and we would clean offices and bathrooms. But when it was time to go to class, I had a choice: I could take a three and a half hour bus ride or break the law by driving without a driver’s license. Now up to that point I had done my best to be a lawful citizen because of the fear of getting deported. But the need to get to class was too great. I chose to drive without a driver’s license. And during my time in college I got pulled over, several times, for minor traffic violations: the first was a broken windshield, and the second was a burned out headlight. Every time, though, they impounded my car for not having a driver’s license. Each time, the car was impounded for at least a month, and it cost me at least $2,000 to get the car back.

The last time I got pulled over I had to show in court and the judge said to me: “If I see you back in my courthouse for this same offense, I’m going to put you in jail and you are probably going to get deported after that.” I remember thinking: “I’m just trying to get to my classes, I’m not driving for fun. I can’t sit at home and do nothing. Nothing is going to get resolved for me.”

So I left the courthouse defeated, but I knew I had to finish my education. And I did! I took public transportation 3 ½ hours each way, but I graduated college. I received a bachelor’s degree in Psychology and then went on to graduate school where I got a Master’s degree in Psychology. Around that time some laws changed that helped me get a work permit and a green card, and when I got a green card I sat down with a National Guard recruiter because I wanted to serve this country — as it was the only country I knew.

I signed a contract with the Army National Guard. I earned my citizenship. And that change took me from being an undocumented immigrant who many people say doesn’t belong in this country, to a citizen soldier who defends this country. And the change that happened didn’t happen in me. See, because I didn’t pick up a new American accent. I didn’t gain a new understanding of American culture. What changed was how people viewed and treated me.

Today, I work as a research analyst for The Mission Continues, a non-profit organization that helps veterans get reintegrated back into society after serving their country. I can’t think of a better way for me to contribute than to help veterans who served this country find purpose after the military. When I was undocumented it was unclear whether I would be able to have a purpose, so it means a lot to me to help veterans find theirs after the military.

I share my story with you not to get political, but to show the struggles and experiences that have led me to want to contribute so much and how I think my story fits into a larger American narrative. Growing up constantly asking myself how I would contribute to society if I could is what pushed me to go as far as I did. And it’s the same for the millions of immigrants in this country.