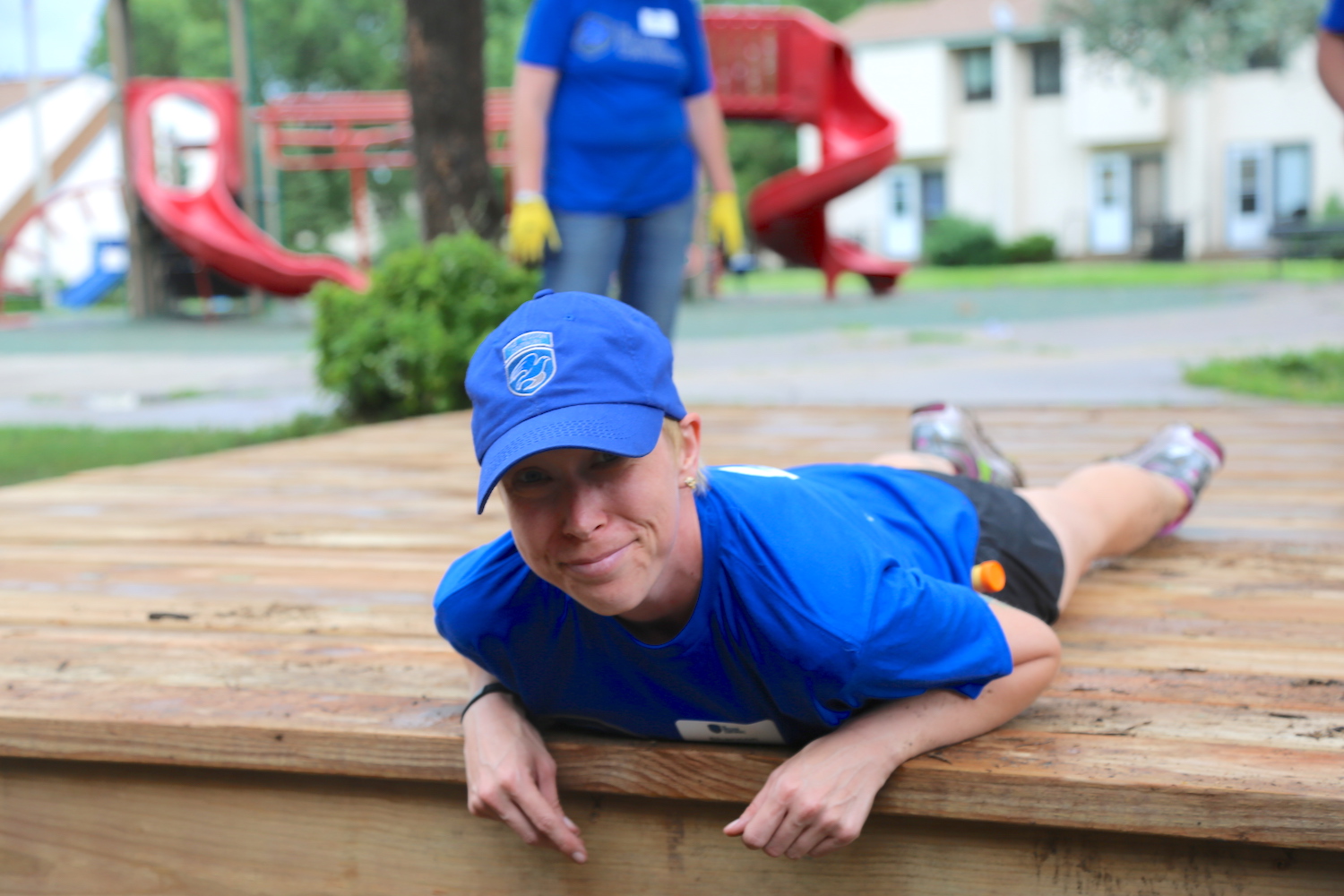 In this Turbulent Time, This Is as Grassroots as I Can Get

When I took over the Minneapolis 1st Platoon as Platoon Leader last summer, our future was uncertain, but my vision was not.

Shortly before I took over as the Minneapolis Platoon Leader there was a police involved shooting of a man named Philando Castile, a St. Paul resident. His death became national news when his girlfriend, Diamond Reynolds, live streamed the aftermath on Facebook, and it was watched by thousands of people within 24 hours.  His murder sparked protests throughout the Twin Cities, and finally forced many in my home to confront the very real fact that while we are progressive in many ways, Minnesota is segregated and a very difficult place for many minorities to live.

I choose to focus my anger, confusion and frustration with a system that was once again failing so many of its citizens, on positive engagement for the future.  I wanted to focus on the long term, how to be a part of the healing of the community in any way I could.  I had the privilege to be able to choose how I approached the aftermath of the death of Philando, and I never forgot that.

So when I became the Minneapolis 1st Platoon Leader, I knew I wanted to work in North Minneapolis, an underserved area with a reputation of being a “bad neighborhood,” a reputation I thought was unfair and unearned. My hope was to find an organization in which we could pour all our energy and passion.

Luckily, we found our partner in the Phyllis Wheatley Community Center. Named after the first published Black women poet, this community center was a staple in the very community we wanted to support.

My first priority was to build the trust needed when working alongside disenfranchised and ignored communities of color; it was incredibly important to me that we not come in and present ourselves as “white saviors.” Our role in the relationship was going to be one of support and assistance, always giving what the community asks for in the way that the community wanted.

So we asked them what they needed, and it turned out that they needed a lot. Phyllis Wheatley gave us a challenging mission to tackle, and we welcomed the challenge with gusto. We had just the tools, skills and ability to help them out. It felt like we were the perfect group for the job. 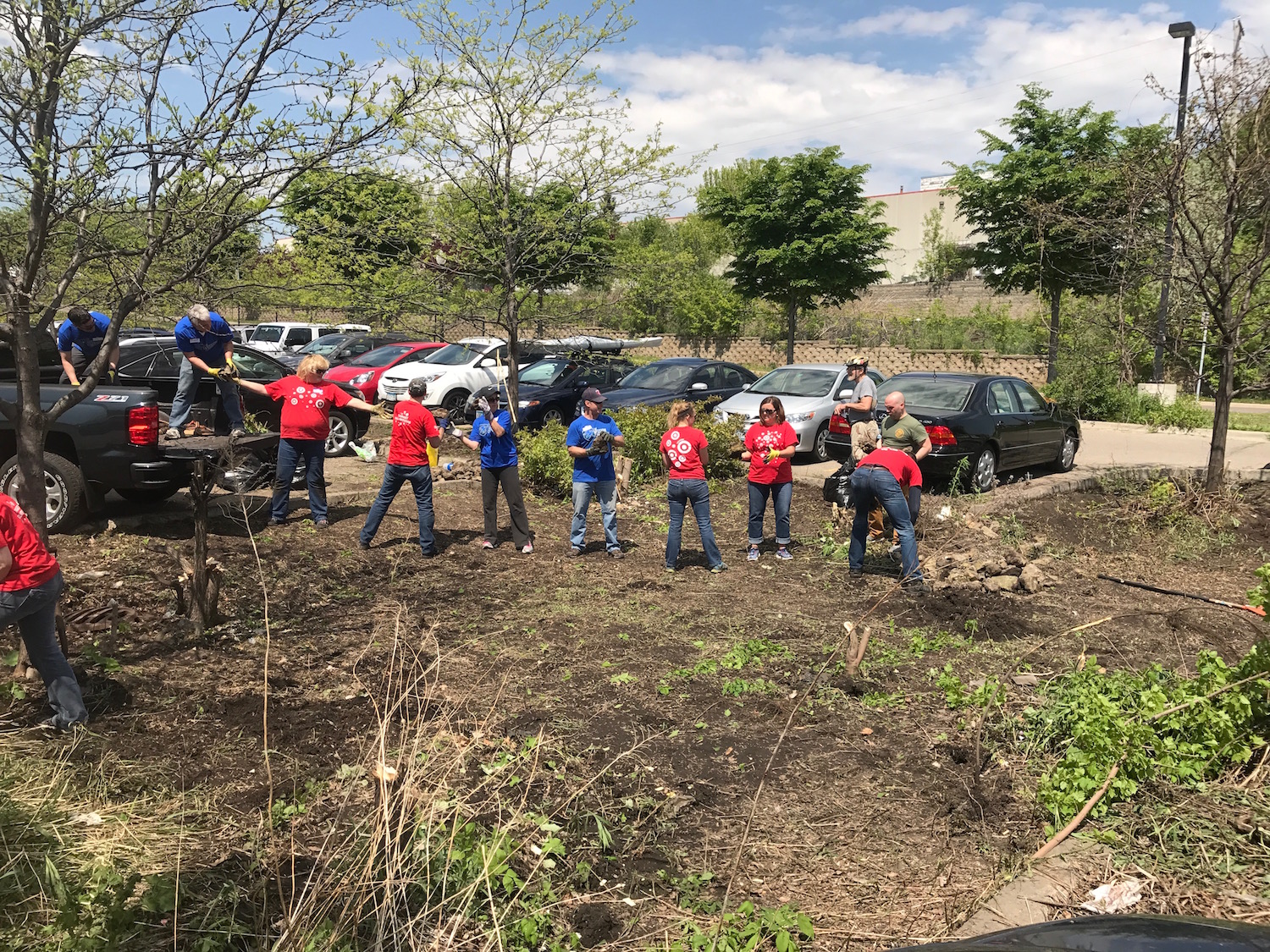 The Minneapolis 1st Service Platoon at their most recent project.

We repainted, built shelving for their staff rooms, their library, and their storage rooms. In the beginning I asked myself, how could a fresh coat of paint, some new flowers, or a clean courtyard really have a lasting impact on this community that is fighting so many battles?

But when I listened to the people at Phyllis Wheatley, the answer became clear: community pride.

Phyllis Wheatley is doing incredible work for the community; the outside should reflect the amazing work that is occurring on the inside. When they walk through the front door they will see vibrant welcoming colors, celebrating the heritage of the organization, and the optimism of its future. This is what we were able to give them.

As for myself, The Mission Continues provided me with a steady and reliable platform to make a positive change. I see it as something I can do beyond marching in protests, which I have done, and writing and calling my congressmen and senators, which I do frequently.

The service platoon is as grassroots as I can get, and the positive impact is clear and immediate.

Throughout the year I have followed the Philando Castile case closely. On June 16th, 2017 the jury on the Philando Castile case came back with a verdict of not guilty, and what little hope there had been for justice was gone. In this turbulent time I am reminded of the lessons I learned as platoon leader, and time I have spent learning from those in the community most affected by this pain.

I found myself once again wanting to channel my anger into something that could support and help me be an ally to those affected by the systemic racism in our justice system. Reflecting on all this has clarified my commitment to working in public service — to serve as an attorney and use my skills for good. I see now that I have an incredible privilege as an attorney that I can use to fight against the systemic injustices and racism that is so prevalent here in Minneapolis — to fight a system that is designed to fail those who need it most.

I know it’s a long and hard fight to fight, and it may take decades to see any real change. Luckily, in the meantime, I can see proof that I can make a difference from my volunteer work with the Minneapolis 1st Service Platoon. It shows me the power of seemingly small things to make a real impact in my city.