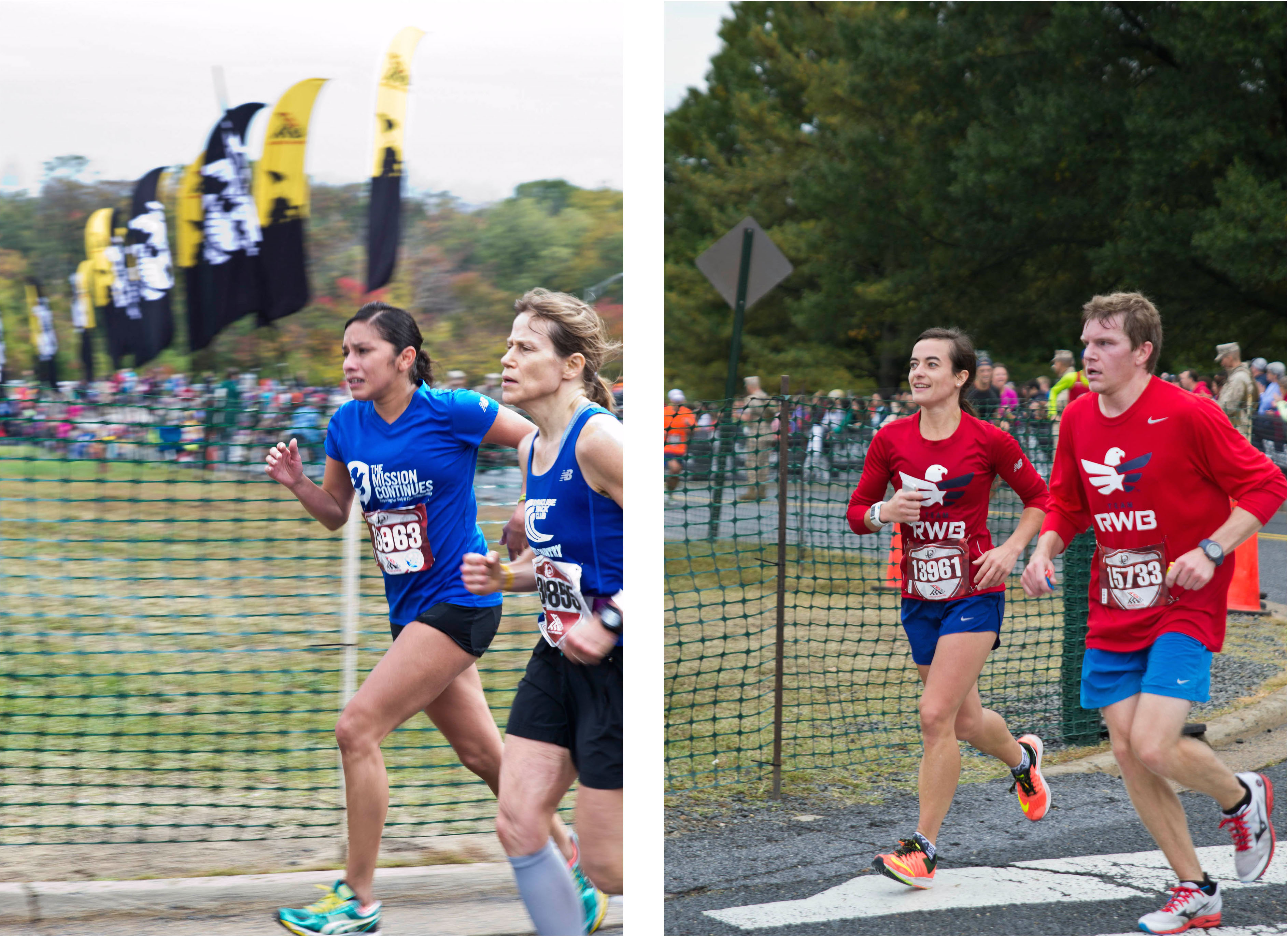 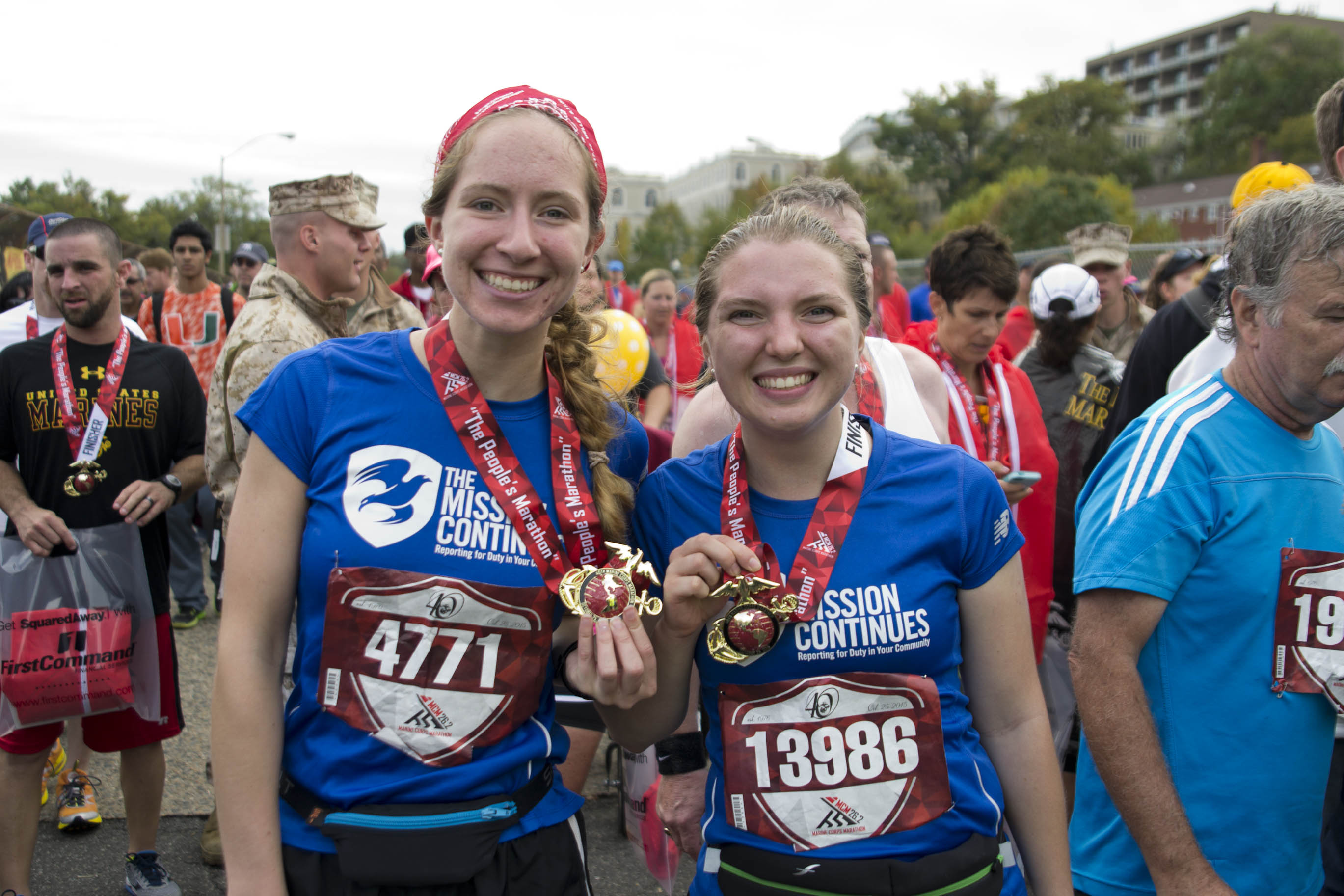 This was the weekend it all paid off: the blisters, worn out shoes, early morning runs and aching bodies.

Nearly 50 runners pledged to support The Missions Continues this year by running the Marine Corps Marathon in Washington–exactly 47 if you count a runner seven months pregnant.

Our fastest runner clocked in at 3:15:11. Yet many on the team were there for the journey itself, and not necessarily the finish. The goal was to raise funds to fuel our programs, and we surpassed last year’s total: $53,716 raised to help veterans strengthen and inspire the communities they serve.

Team Mission Continues in stride, with one member sporting colors from our friends at Team RWB. 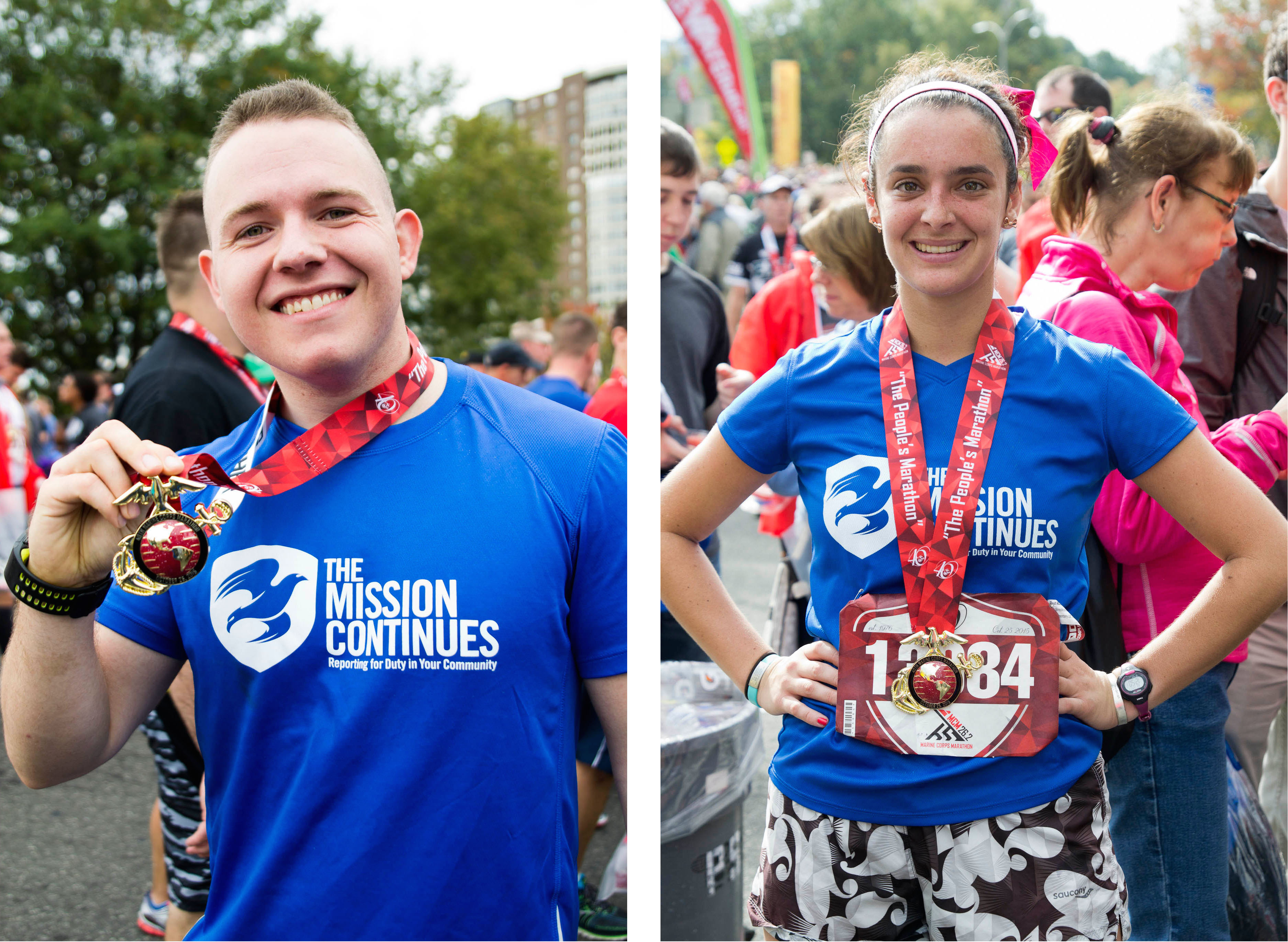 Members of Team Mission Continues after the run.

We had few doubts about our team’s talents, but one runner set the tone for the group.

Caitlin Lyons served in the Marine Corps until a severe back injury ended her military career in 2009. A neurosurgeon predicted she would never run again, which is precisely the right kind of motivation for a Marine to get moving. Caitlin finished the marathon–a goal she set after her injury–and ended up the top fundraiser for the whole team, with a $3,500 haul. That’s $2,000 more than her goal. 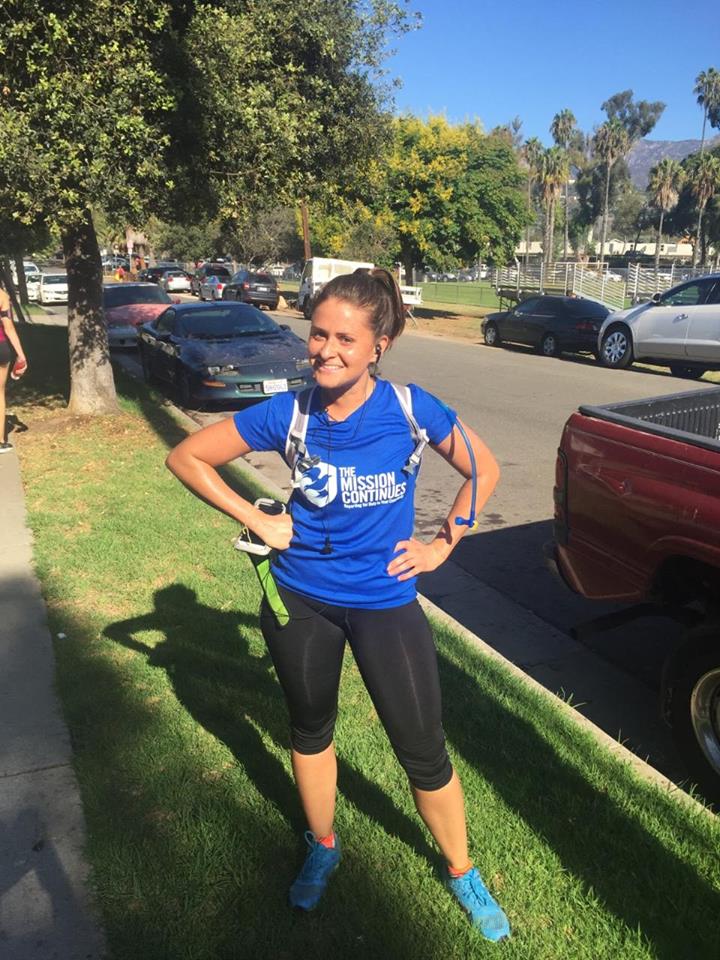 Before the marathon, Caitlin said: “I want people to look at what I’ve done and think, ‘If she can do it, what the hell am I waiting for?'” Now countless people are asking the question of what they can do to overcome challenges and adversity.