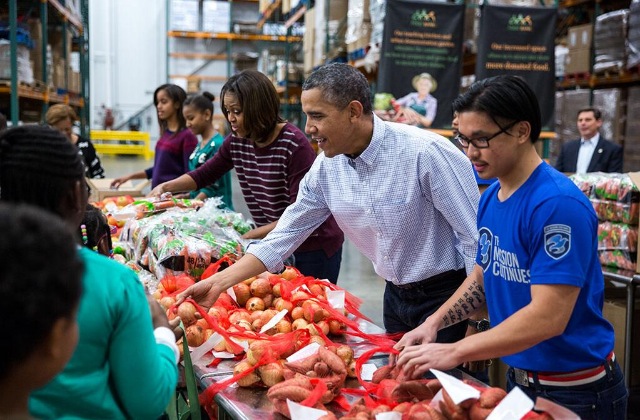 Washington, D.C. 1st Platoon launched during the late summer months of 2013 with a mission to eradicate child hunger and improve nutrition for youth in the greater D.C. community. That same year, in November, they were called to lead a special service event with the First Family during the Thanksgiving holiday.

Veterans from the platoon served alongside the Commander in Chief, First Lady, and Sasha and Malia. In just a few hours, volunteers prepared close to 1,000 meals for hundreds of families across the nation’s capital. The platoon and First Family handed out more than 200 additional meals at the Capital Area Foodbank to senior citizens and children.

It was a day the members of Washington, D.C. 1st Platoon won’t soon forget.