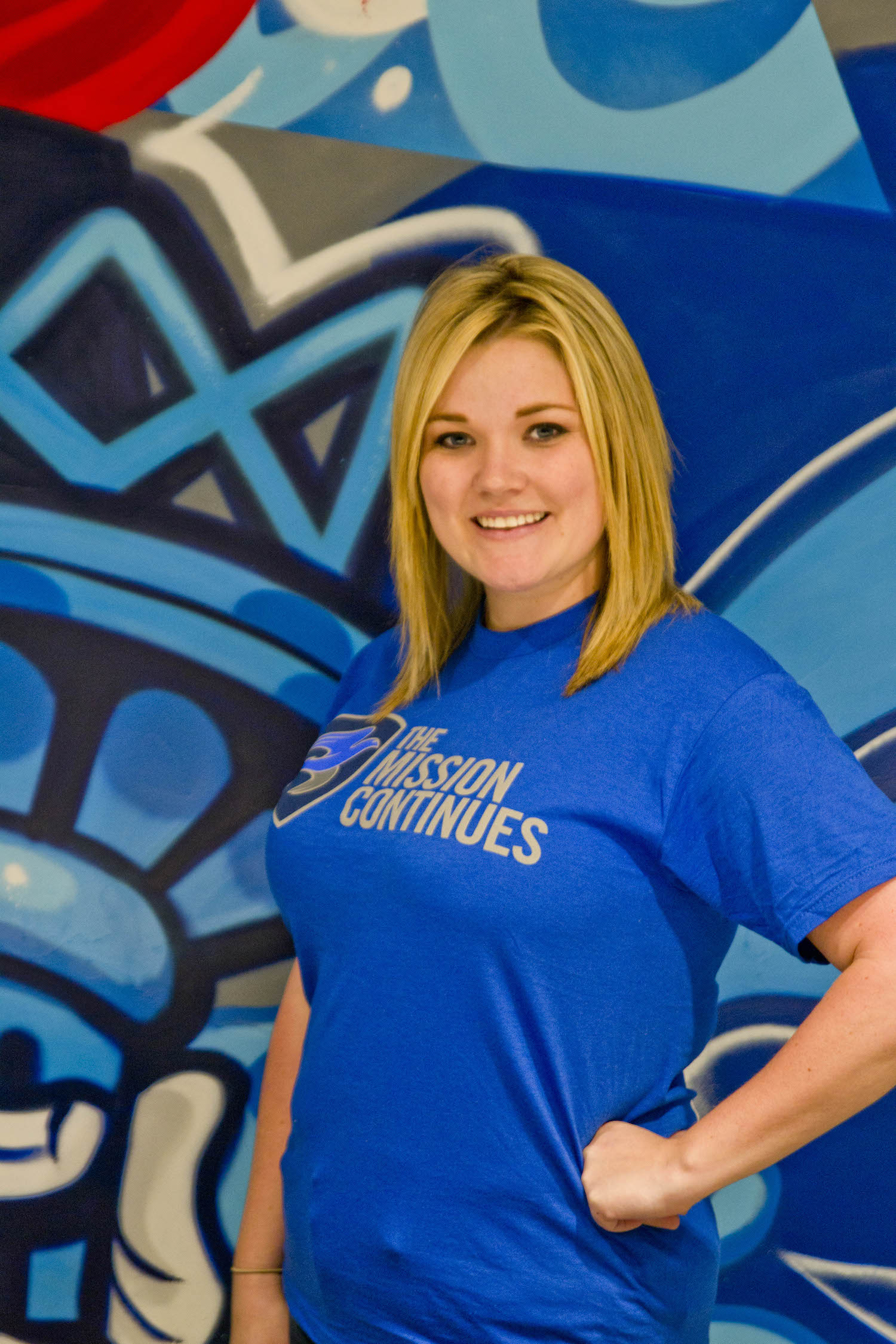 How I Found a Job I Love with The Mission Continues

“How’s the new job going?” is a question I have answered no less than 50 times in the last month, as I recently took on the role of City Impact Manager in Pittsburgh for The Mission Continues.

Over the years, I have lived in a lot of places and been in lot of roles.  After graduating college, I moved to Philadelphia where I taught middle school as a Teach for America corp member.

A year later I married my husband, who was in the Army.  We moved from one duty location to another for the next four years. I found meaningful work in a number of jobs supporting high risk youth, had a child of my own, endured a few deployments, and in 2011 I finally ended up in Pittsburgh upon my husband’s discharge from the Army.

Truth be told, we had never even visited Pittsburgh before making the jump.  We crossed our fingers, told ourselves that we could make it through anything, and made our way through tunnels and over bridges to our new home.  In the years following my husband’s transition from the military, our family fell in love with our new city of Pittsburgh.

We learned how to be a “civilian family” in the Steel City.  We met others who had a similar story.  We got involved in our community. I worked as a contractor the US Army, developing statewide coalitions in support of the military and their families.

It was meaningful, and taught me so much, but there was always something missing. The sense of passion that I started my career with 10 years prior while teaching in Philadelphia seemed to have escaped me.

I’m not sure if I fully recognized it until after starting my new role with The Mission Continues. Because, for the first time in 10 years, I can now answer, “How’s the new job going?” with authentic enthusiasm, joy and passion.  My role as a City Impact Manager allows me to take my experiences working with non profits, youth and families, and the military, and blend them into one role.

I can capitalize on my passion for supporting, impacting and engaging the community while empowering veterans to be part of the process. Still, a month later, I have to shake my head and pinch myself to realize my new reality!

Interested in joining the team? You’re in luck, because The Mission Continues is hiring!