Service Through a Different Lens

When I left the United States Marine Corps as a combat veteran of Operation Iraqi Freedom it took me time to navigate the civilian landscape, but I eventually obtained degrees from Northwestern University and Columbia University. However, graduating at the height of the economic downturn was less than fortuitous.

Struggling to process my own traumatic memories and attempting to feel “normal” in the civilian sector often left me isolated, terrified, and anxious. The idea of service tugged at my academic degrees, dismissing them as mere means to realizing a true transition, one of continued service.

Luckily, I was introduced to The Mission Continues through Warrior Writers, a national nonprofit based out of Philadelphia that hosts writing workshops nationwide for veterans and service members alike. I immediately fell in love with the mission of The Mission Continues. I knew I had to adjust fire and accept my new mission.

Before venturing into film, I completed my Mission Continues Fellowship, working with Warrior Writers to create unique opportunities for veterans while helping them process their memories of war. During the course of my fellowship, I completed The Mission Continues personal development curriculum, and learned a great deal about myself, my abilities, my shortcomings, and my insecurities. That, coupled with sound experiences volunteering and networking with other Fellows, allowed me to mature and grow as a veteran, an American, and a civilian.

It was during my Fellowship that I first realized and acknowledged that the themes presented in Warrior Writers workshops were starkly different from the depictions of transition and PTSD presented in cinema. 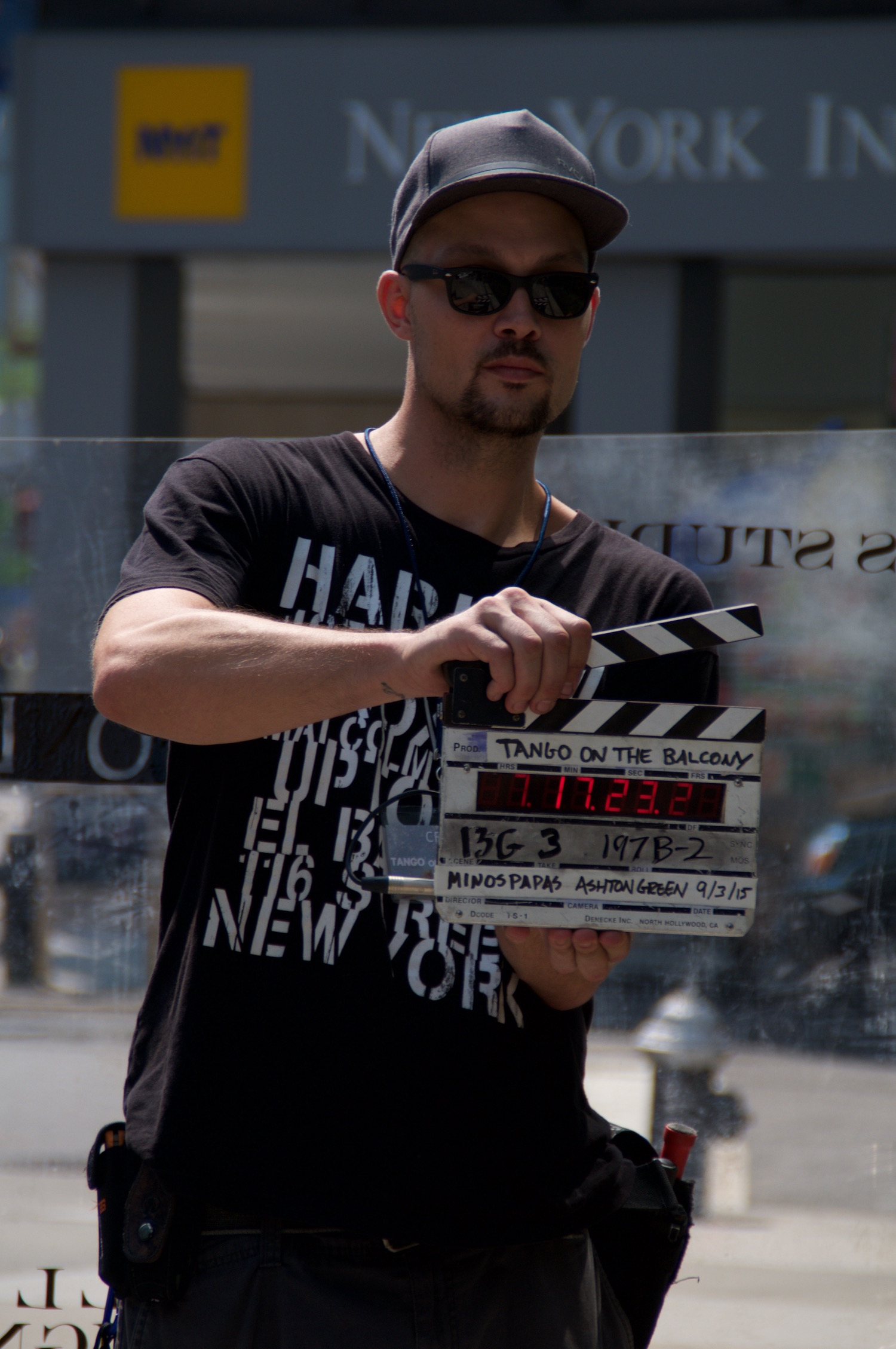 The story of transition is complex and is not easily articulated. Myself and Tribeca award winning director Minos Papas have attempted to fill the gap between Hollywood narratives and Indie documentary portrayals of PTSD afflicted servicemen and women with our release of Tango on the Balcony, a short film about a veteran suffering from an exacerbated PTSD episode in New York City. The film’s world premiere will be at the GI Film Festival.

The Mission Continues also facilitated my involvement with Operation Roadtrip Nation, an hour long documentary to be featured on PBS this Veteran’s Day. I was a camera operator, and am proud to have helped make this documentary. It’s a unique story that follows three transitioning veterans as they drive across the country in an RV to interview high profile veterans that have transitioned successfully, and are leaders in their respective industries.

Through the combination of Tango on the Balcony, the documentary Operation Roadtrip Nation, and a new upcoming feature I’m working on, I have had the fortune of looking at the idea of veteran transition through both a fictional narrative lens and a documentary lens.

When I found film, it allowed me to explore issues related to service in a way that no other artistic medium could. I see these projects as a continuation of my service, and will always remember how my Mission Continues Fellowship allowed me to see my service through a different lens.

Michael Day is a writer, producer, and cinematographer from Queens, New York. Currently, he is working with Minos Papas of Cyprian Films NY on a feature length narrative film that explores themes related to the difficulties facing transitioning veterans. Michael published a work of vignettes and poetry entitled “I am the Title,” in 2012, is currently working on a novel, and has worked on projects ranging from Judd Appatow’s “Trainwreck” to indie features, documentaries, and commercial work.