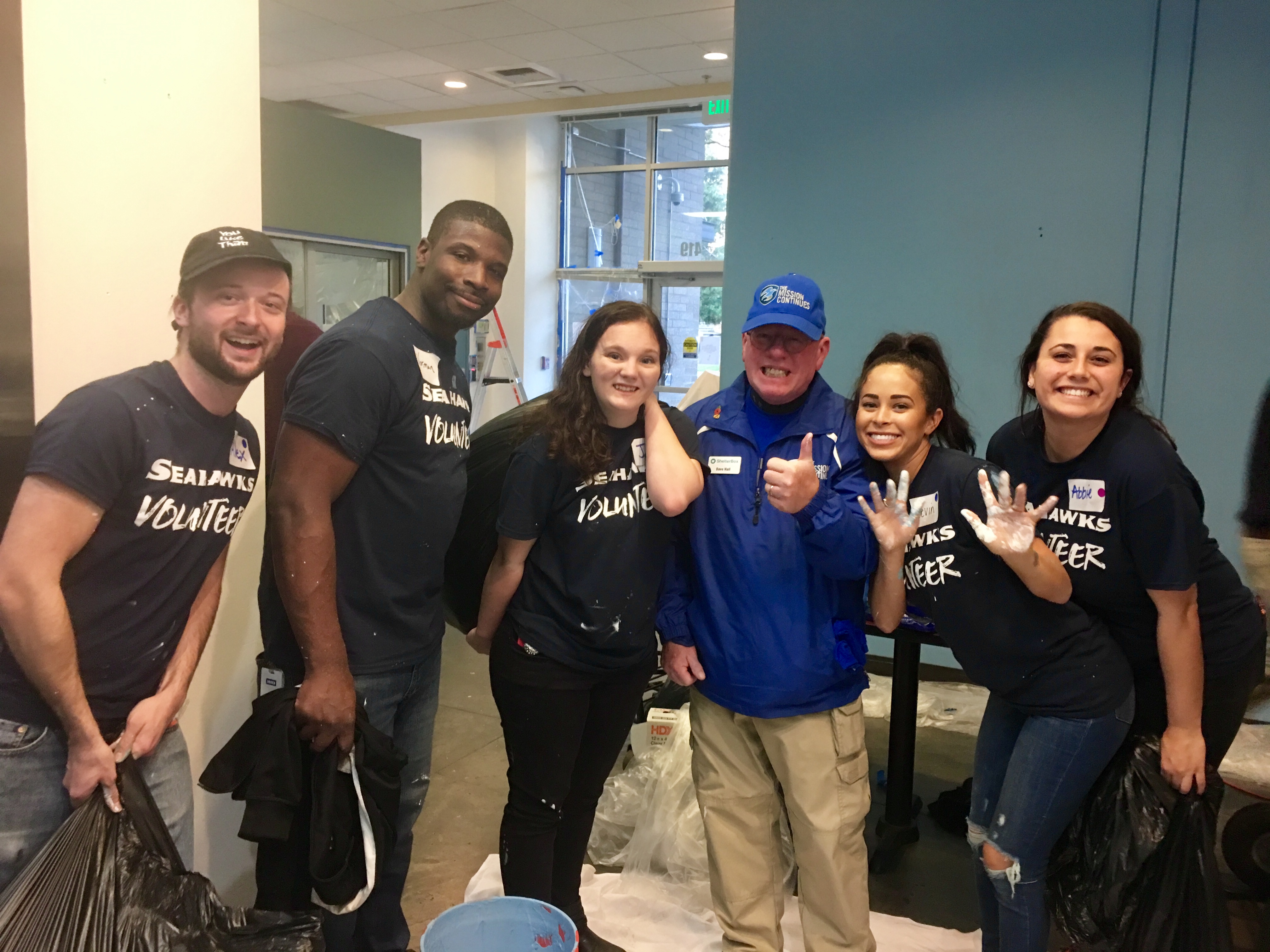 Seattle Seahawks Salute to Service with The Mission Continues

In August of 2018, we applied to the Seattle Seahawks to be named their Salute to Service partner for 2018. Every year, the National Football League hosts their Salute to Service month (November), where several veteran-specific events are held, along with game presentations and Veterans Day mentions. Of all of the teams in the league, the Seahawks are well known as one of the most active participants in the program. So much so, that they even partner with a non-profit of their own, which becomes the beneficiary of an outpouring of Seahawks love.

But this was just the beginning, as The Mission Continues became their go-to non-profit for everything community-related. Other notable benefits included:

And although this was all amazing, it was the additional partnerships that grew out of it that made things even better:

All in all, the partnership yielded over $23,000 in donations, and although we are so thankful, it was the partnership itself that meant so much more. Being associated with such a committed organization like the Seahawks has provided our members with so many lasting memories.

We look forward to continuing this partnership in 2019, and cannot wait to see where we can take it next!