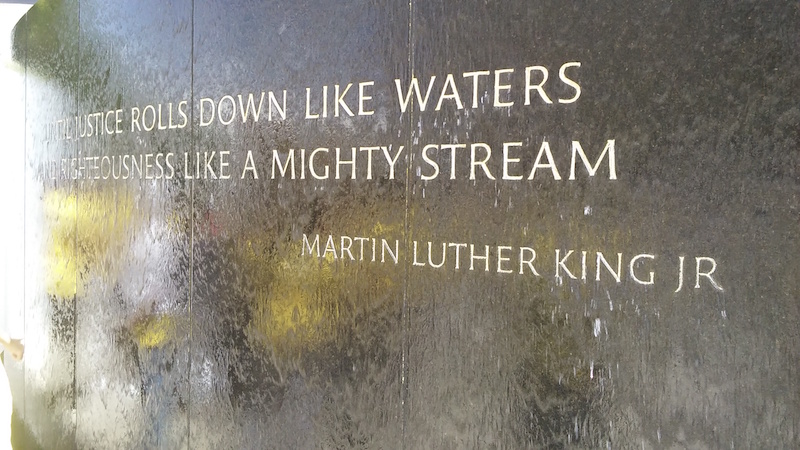 I’ve learned that there’s more than one kind of veteran. There’s me: someone who’s been in the military. Then, there’s the kind of veteran who fought a different kind of war — a war here at home, and many would say the struggle is ongoing. It is the fight for equal rights.

I completed my Mission Continues fellowship at the Dr. Martin Luther King, Jr. Center for Nonviolent Social Change, commonly referred to as The King Center. During my fellowship I have learned so much about Dr. and Mrs. King’s work, and now have a far better understanding of the Civil Rights Movement.

While much of my work at The King Center has been in researching, writing, and relationship building, part of my work has been helping with a program called Students with King — and it’s what I want to tell you about today.

Jeffrey Davis and his fellowship supervisor at The King Center

“Students with King” is an educational event that The King Center holds during the school year. Through this program, children can hear from people who are a part of American history. The King Center invites local schools to meet veterans of the Civil Rights Movement and members of the King family.

It was during a “Students with King” session that one of the veterans of the Movement put what they did into perspective for me: He described how just a little over 50 years ago, it was against the law for people of different races to sit next to each other. For children who only learn about it in history books, it really make an impact on them to hear from someone who actually lived through it. 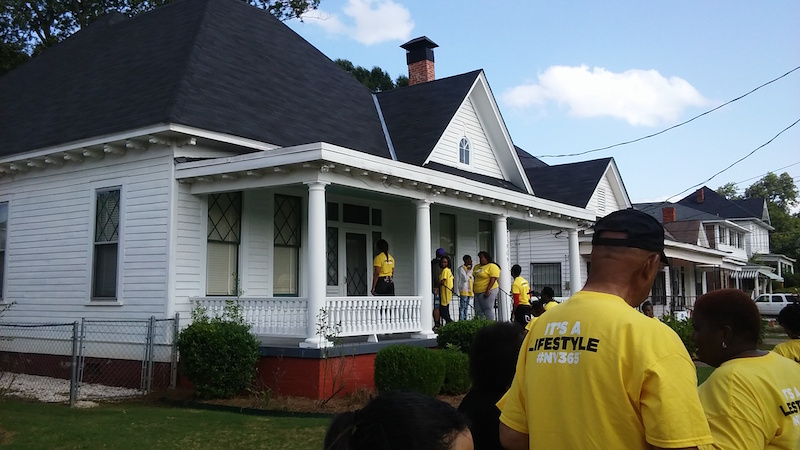 A field trip with the “Students with King” program

There’s another reason I believe that we should learn and honor the veterans of the Civil Rights Movement: many of them were servicemen too. 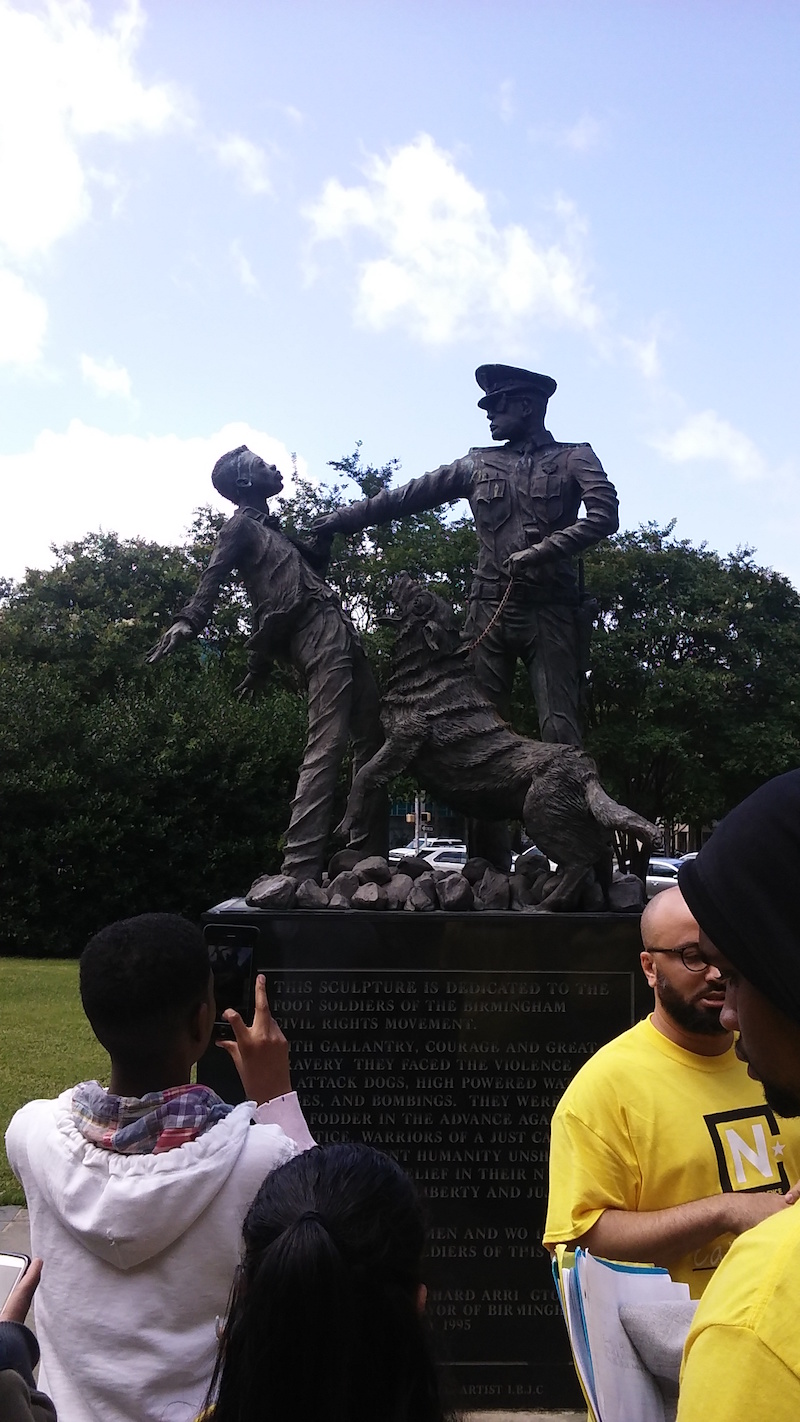 A “Students with King” field trip

Many of these people joined the military not only because of the draft, but also for the opportunities that the military offered. At the time, the military one of a few places where an African American male had the hope of being considered an equal to his peers.

Some of these men even said that having the opportunity to leave the South through the military allowed them to see a world without Jim Crow laws. One of the veterans of the Civil Rights movement participated in the Freedom Rides, and then was drafted to go to Vietnam.

Even in the face of injustice in his own country, this man still did his duty by going to war. This man’s story reminded me about the 442 Regimental Combat Team, an All-Japanese American infantry unit that fought in WWII despite having their families be subjugated to the internment camps.

Overall, my fellowship has been a fantastic experience. I am happy that my work in this program has allowed children to hear from people who are a part of American history. Plus, not only have I been able to put my military knowledge and skills to use, but I have also learned new skills that will only benefit me in the future.

I would like to leave you all with a quote from Dr. King that resonates with the Mission Continues emphasis on service. Dr. King once wrote, “Life’s most persistent and urgent question is, What are you doing for others?”