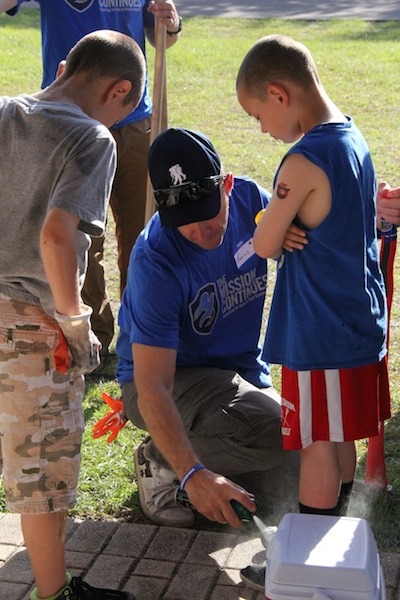 Ciara Adorno’s ten-year old daughter didn’t see the kids at Seamark as different. They were just children like her who would become friends by the end of the day.

Ciara, a Marine Corps veteran, is a squad leader in the Jacksonville 1st Service Platoon. She joined more than 30 fellow platoon members for a recent service project to construct obstacles for a fundraising mud run at Seamark Ranch. 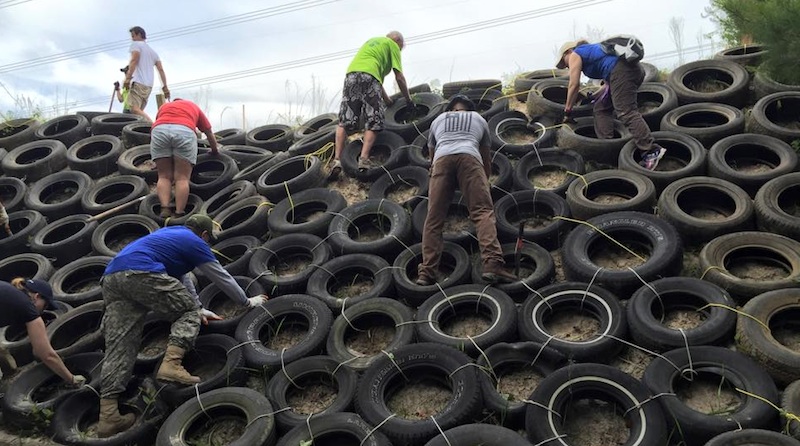 The ranch offers education and refuge for children with disrupted home lives. The project was a perfect focus for the their mission—to help people in the community facing major life transitions.

Jacksonville is also home to our good friends at Wounded Warrior Project (WWP), which brought a squad of employee volunteers and lunch for the day. Like in other cities nationwide, WWP is a major recruiting pipeline for the Jacksonville platoon. About a quarter of the platoon members are WWP Alums, including Ciara.

During the project, Ciara cleared briar bush as her daughter ran and played with the kids served by Seamark. Her daughter was outgoing and talkative with the kids in a way Ciara was not in the past.

Since leaving the Marine Corps, Ciara found it tough to find anything that resembled the close-knit community of her former unit. She was withdrawn and didn’t get out much beyond school, a job and juggling two kids.

Last spring, Ciara saw a mention of The Mission Continues on Facebook. They were veterans like her, she thought, connecting through a shared purpose. She signed up for the Jacksonville platoon and soon found herself volunteering for the next event.

A Wounded Warrior Project Alum prepares kids for a day of service.

“When I got involved with the platoon, it was a way for me to have a purpose,” Ciara said. “I can talk to people a lot easier. It has helped me grow as a person.”

The leader on the ground in Jacksonville helped play a part. Kristle Helmuth, an Army veteran and alumna of the fellowship program, now helms the service platoon.

Much like Ciara, Kristle found it challenging to build relationships after the military, but her time as a platoon leader helped cultivate bonds right in her community.

“I had to learn how to make friends again,” Kristle said. “Instead of a leader and member role, it’s more like a family.”

Both women have come to lean on the WWP network for support. Kristle’s husband, a member of the platoon, is also a graduate of WWP’s Track Program, which provides holistic education resources to veterans. And through her involvement with the platoon, Ciara has found herself at WWP events and social outings, which honed her social skills the past year.

“They know what you’re going through with transition. They’ve been there, done that,” Ciara said.

It’s especially helpful for her kids. They play with children of fellow veterans who face the same challenges of reintegrating back into society. From a young age, they’re learning the power of not only continued service, but of strong communal and social bonds.

Those ideas converged at Seamark, where everyone’s hard work had a clear purpose. The run would bring in funds to keep strong programs for kids who need them. But it was also a gathering place for veterans to continue their new legacy after they’ve hung up the uniform.

“After the first service project I attended, I was sold,” Ciara said. “I knew that’s where I needed to be.”

How many events has she completed in Jacksonville since then?

Ciara laughed at the question, with a touch of modesty. “All of them,” she said.

Want to get involved in your community? Sign up for a service platoon. 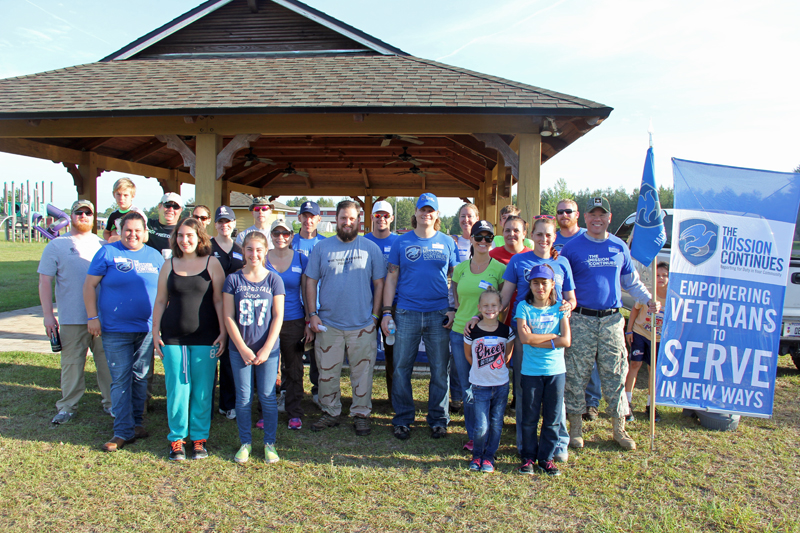