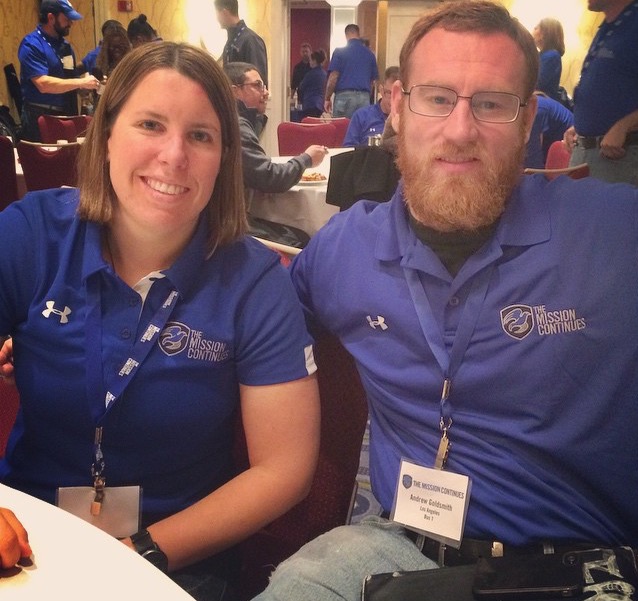 On Memorial Day, Living and Serving for Those We Lost

On a biting winter afternoon a little over four years ago, I flipped a switch, just as I had done a hundred times before in Afghanistan, and the whining of the hydraulic pump kicked on. Lowering the ramp was always a slow process, but this time it felt like an eternity. No words could have prepared me for the two columns of Marines I saw lined up at the rear of the aircraft. The men belonged to a unit that would suffer a large number of casualties in the coming months while fighting valiantly in an important village. As the somber procession of Marines carried the flag-draped coffin towards me, I gave my slow salute and they marched silently up into the rear of the aircraft.

For some, Memorial Day is just that—a day. One that people envision as the cause for a long weekend of summer kick-off celebrations. But for those who have served in the military, Memorial Day extends well beyond 24 hours at the end of May. Remembrance is constant. Every day we carry with us the brave men and women who have sacrificed their lives in defense of our nation. Their gifts to us shaped who we have become, and we live our lives to honor their memory. 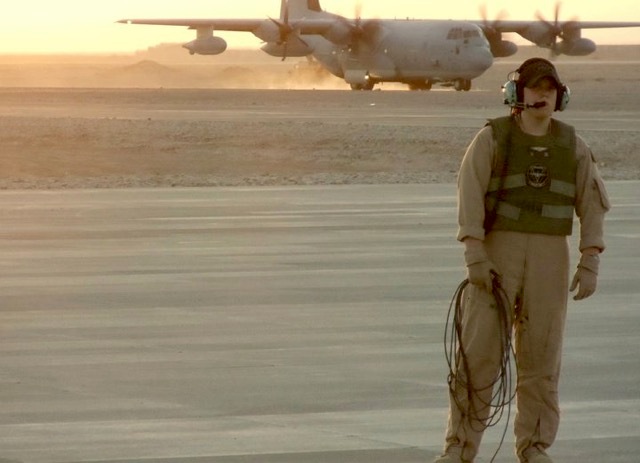 The author in Afghanistan.

Back on that aircraft, I did not know this Marine’s name but I knew he was willing to sacrifice everything for what he believed in. He did not fight out of hatred for what was in front of him, but rather out of loyalty to the Marines on either side, and to protect all those behind him. He embodied selfless service to others, and like him, there have been many laid to rest far before their time. Since returning home, I have witnessed more friends buried with full military honors than I would like to count.

Part of my difficult transition back into civilian life was reflecting on the experiences I had and the brothers I had lost, but I began to use my grief to motivate me to work harder and strive for better. I vowed to keep their spirit and memory alive through my actions. I learned that my service did not have to end. My military background, along with the legacy of post-9/11 veterans, provides a unique opportunity to accomplish so much.

We have our own stories of challenges and success at The Mission Continues. My legacy of service continues in the newly formed Los Angeles 2nd Service Platoon, which redeploys veterans to serve at-risk communities in South Central LA. I also mentor student veterans as they strive to learn new skills after service In the fall, I will continue my education at law school, which will help develop the tools I need to serve my community in more impactful ways.

The author, left, at the Service Platoon Summit in November 2014.

I do these things for the living. Too many do not have the chance. I wake every day with purpose—one to live my life to the fullest, help those in need and keep my head held high knowing I am part of something greater: a new generation of warriors and leaders who continue to served their country courageously, just like those who came before us.

It is vital that we make an effort to reach out and support the loved ones of those who have given up their lives, as well as our fellow veterans who have returned home and face challenges reintegrating back into society. In the process, we should share stories of courage and selflessness of those we have lost along the way, and encourage our fellow Americans to take a moment to reflect on the true meaning of this day. Side by side with fellow veterans, as well as with members of the community, we can inspire and create change through positive and meaningful avenues.

This weekend, may you stand tall for those who cannot, in a moment of silence honoring all the men and women who have made the ultimate sacrifice so that we can live our lives in freedom, seize innumerable opportunities. And continue to do great things—together.

Jess Egan is a Marine Corps veteran who served five years active duty as a KC-130J Crew Chief, including an 11 month tour in Afghanistan. She currently serves as a squad leader in the newly formed Los Angeles 2nd Service Platoon. She will attend Pepperdine University’s School of Law this fall.

Want to solve the biggest challenges in your community? Join a service platoon.