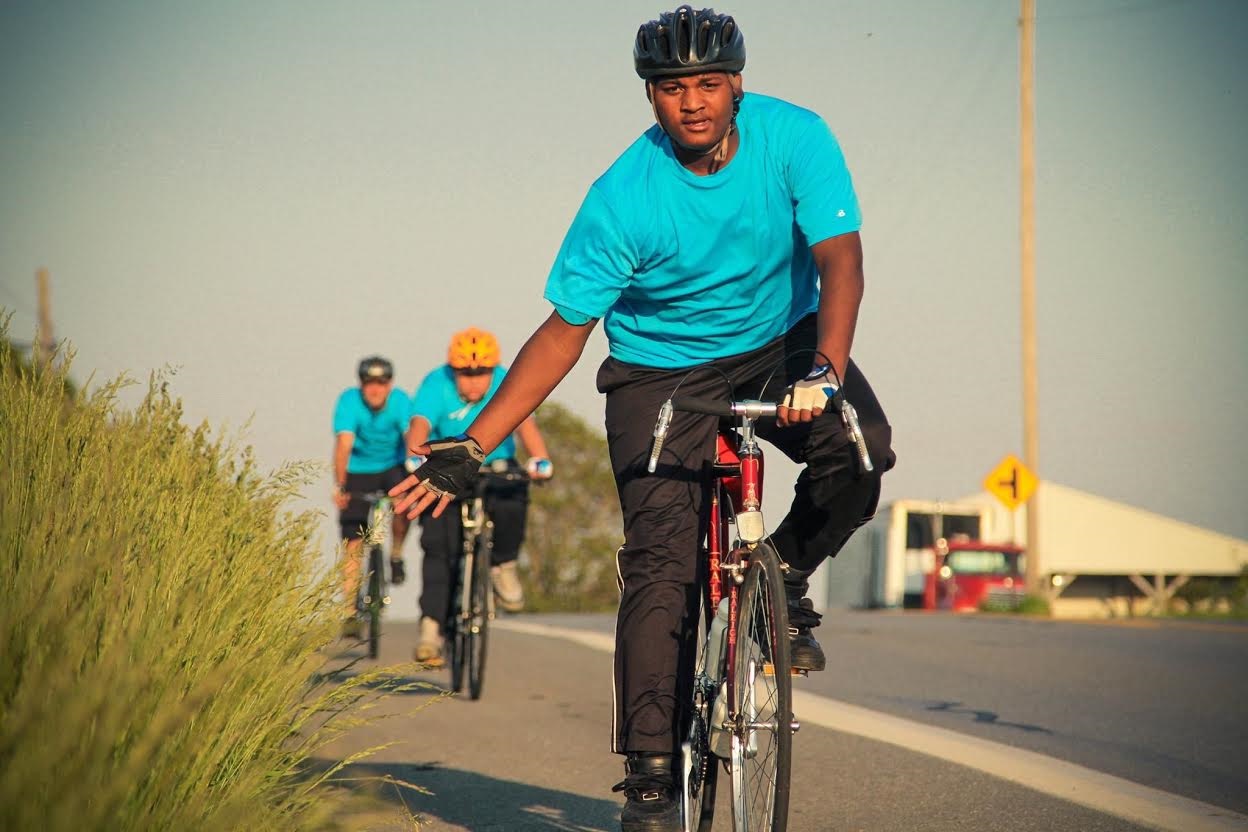 Editor’s Note: This week we’d like to share an inspiring story of a veteran who, after a long military career, was inspired to start his own nonprofit focused on serving youth. DeRemer’s life and his work bears kinship with The Mission Continues.

It’s 7:30 a.m. on a spring morning, and Lee DeRemer is surrounded by 20 teenage boys, each full of nervous energy. Scattered around the edges of the group are bikes, helmets, and other gear. In front of them are 72 miles of Pennsylvania backroads.

They’ll be in Philadelphia by the end of the day, but they’re not riding just to reach a destination; they’re riding to learn they’re capable of the impossible.

DeRemer, a retired US Air Force Colonel, is the founder of Lifecycles, a two-year old nonprofit that mentors teenage boys from challenging environments, through the sport of cycling.

“The word impossible is a bad word,” says DeRemer. The teens the Lifecycles team works with have not had a lot of encouragement; many lack positive make role models. Father figures are uncommon, so DeRemer’s team stands in the gap. He wants to present them with an alternative future, a future many do not believe is possible.

“We meet them where they are and we gradually increase their level of challenge in physical growth and mental maturity, as well as spiritual growth. We build confidence. They develop the willingness to try.”

Looking for a New Way to Lead

When DeRemer retired from the Air Force after 26 years of service, he knew volunteering in his Lancaster, PA, community would be an important part of his future. But he wasn’t sure where to start. Then a series of events led him to start Lifecycles.

It began before his military retirement in 2009, when a cousin died, leaving behind two teenage boys. Seeing their need for a role model, DeRemer invited them to join him on a 25-day ride in the mountains of Montana and Wyoming, covering 1,100 miles.

“We didn’t have any business being out there,” he says now. ‘I didn’t know how to do much bike maintenance; we had no support vehicle; the boys were unprepared physically.”

But despite the risks, and with a good deal of help from his wife Marcie, the team made it. “It was a powerful experience for all of us,” says DeRemer. The trip planted the idea of using similar challenges to reach a larger group of vulnerable boys.

Once retired, DeRemer worked as a consultant and enrolled in Benedictine University’s executive Ph.D. program. For his research, DeRemer decided to study something that was personally relevant: how to make a successful midlife transition.

“By the time I finished my coursework, I knew I wanted to start this organization, but I still didn’t have the courage to take the step,” he recalls. “The more I studied leadership and the concept of legacy, the more I realized this is where I wanted to go. The dissertation became a beacon that guided me.”

Rolling Forward with a New Plan

Two years later, DeRemer is now Dr. Lee DeRemer, and Lifecycles is in full swing with 20 weekly volunteers (including other veterans) who serve up to 30 boys on rides, two to three times a week. In addition to cycling and mentoring, volunteers provide a hot meal after each training ride.

“Have you ever watched a plague of locusts?” DeRemer asks. For many of these teens, the meals address a literal hunger that some of their parents struggle financially to meet.

Even more than food, DeRemer knows these young men need a role model in their lives. That became evident recently, when there was what DeRemer calls “a spontaneous combustion of testosterone.”

While out on an evening ride, three different groups went through the same spot at the same time. One boy shouted, “Let’s race!” (forbidden on Lifecycles’ rides) and began to pass people on the narrow trail, also against the team’s rules. Within seconds there was a multiple-bike crash, and one leader had a dislocated shoulder.

Other adults in the boys’ lives might have exploded in anger, or belittled the boy whose rash behavior caused the accident. But DeRemer and his volunteers stepped in with calm, steady voices, knowing their response was a teachable moment.

“Now we talk with the boys about that incident – what went right, what went wrong, how we can grow in our discipline and maturity and teamwork,” says DeRemer. “And we do it in a way that doesn’t embarrass the boy who was responsible.” In a favorite photo, that same boy, who struggles at school and at home, looks up to DeRemer with respect.

In the Shadow of Champions

Back on that spring morning, Lifecycles’ team of riders finished their 72 miles, ending at the bottom of a long set of stairs that lead to the Philadelphia Museum of Art. Right in front of them is a statue of another athlete, Rocky Balboa. The boys posed for photos with their arms lifted high, feeling for once like champions.

“That’s what it’s about,” says DeRemer. “We dare them to dream, to think about who they were created to be. We say, what do you want to do? And then we help them get there.”

Amber Johnson is the Chief Communications Officer for the Center for Values-Driven Leadership at Benedictine University. Want to know more about making a successful midlife transition? DeRemer shares his research findings in this short video.