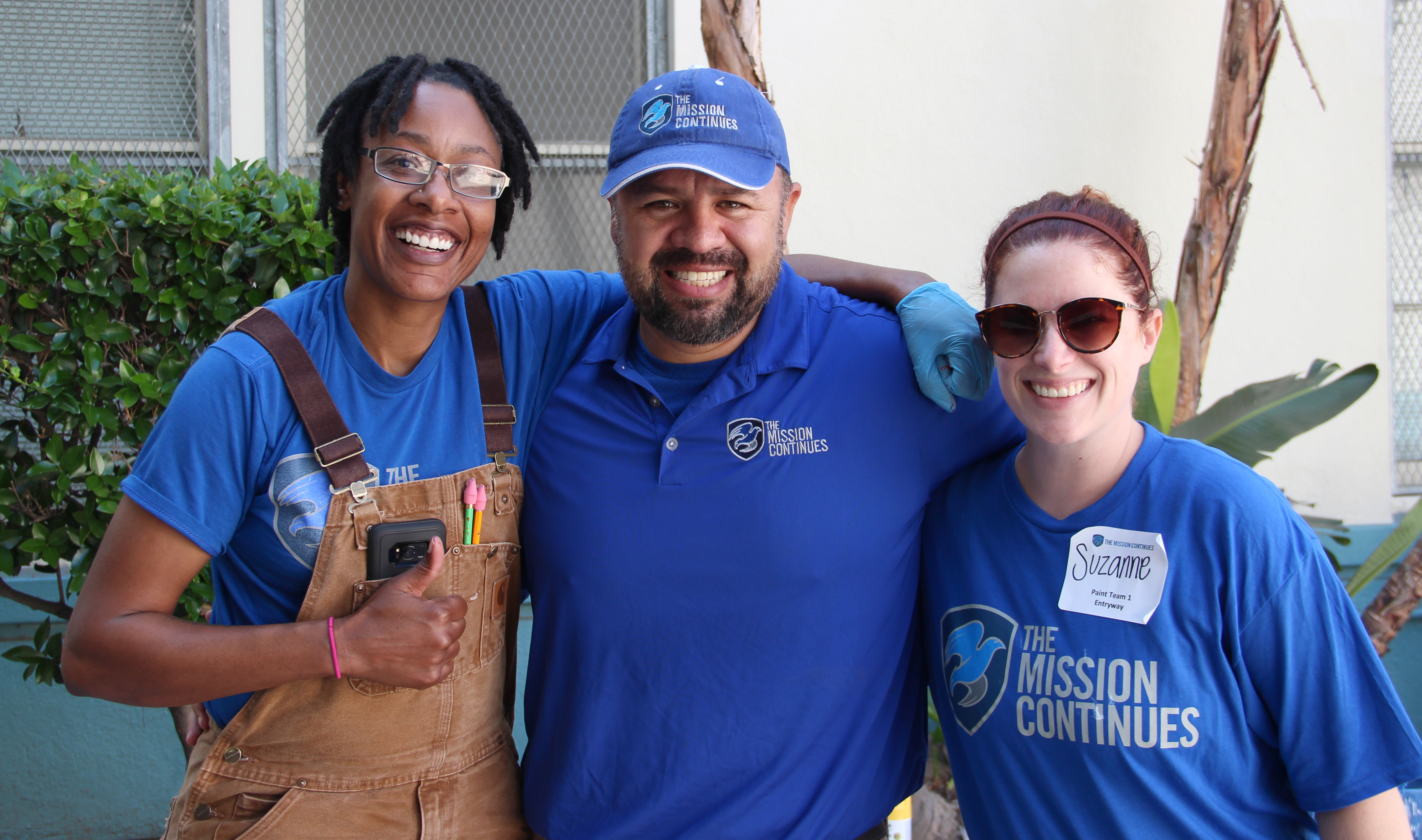 How Josue Guerrero-Uribe Continues the Mission

Some people are lucky enough to have a superhero. Having one is what inspired me–but serving others, as superheroes do, is what saved me.

Donate $50 today and help The Mission empower more veterans like me.

I spent my early childhood in Mexico, where my father was a doctor and my mother was a nurse. Life was peaceful at first, but the cartels took that away, and we fled to the United States–leaving everything behind in an instant. I went from being a rich kid to living in an industrial ghost town. I felt attacked on all sides, as if everything about me was wrong. My language was wrong. My food was wrong. My clothes were wrong. My skin tone was wrong. Inside the home we were Mexican, but inside my head all I could hear was Be MORE American.

Neighbors vandalized our home, and classmates beat me up. One day as I was being pummeled by bullies, the kicks and blows suddenly fell away. I looked up to see the uniformed Marine Corps recruiter who had sent the bullies packing. In that moment, he was my superhero, and I wanted to be just like him.

I enlisted in the Marine Corps in 2000. For me, this meant I could finally be respected as a worthy American. I checked into my reserve unit in August 2001. Of course, what happened the very next month changed the course of American history and the fate of a generation of service members.

As infantrymen, we were the first foot soldiers in Baghdad to go door-to-door looking for the bad guys. Despite the hardship I went through–combat, chronic injury, even starvation–being medically discharged in 2008 hurt the most. No longer feeling useful, it felt like everyone turned their back on me–the military, the VA, my friends and family, my country–everyone. I became a resentful, washed-up drunk. I went dark. Attempting suicide made me realize I needed help.

During my rehabilitation in 2015, a friend invited me to a Mission Continues service project. I showed up and was immediately welcomed by staff and volunteers. When we completed the project I saw how everyone came together; and it was beautiful. I felt different for once–like I was a useful part of a team again. I felt so powerful, like I had the strength from when I was in the military. That’s when I realized I didn’t have to live in the past anymore, I didn’t need to wear a military uniform to be a superhero because at its core, my strength came from working in a team toward a shared mission.

Your $50 gift would help The Mission reach more veterans across the country.

I started coming to every service event, and got more and more involved in Mission Continues programs. I’m now the platoon leader for the Los Angeles 1st Service Platoon, making a real difference in tough areas like where I grew up–where there’s nothing in schoolyards but broken asphalt. When I serve alongside these youth, I put a power tool in their hand and say, “We can do this,” and watch as that feeling of empowerment lights up their face. I try to teach them the lesson I learned: Whether you’re in work boots or combat boots, our shared mission is what defines us as Americans.

I serve with The Mission Continues to pass on this feeling to veterans who are still living in darkness because they think the mission is over. They feel forgotten by the system. Likewise, there are thousands of communities across the country who feel the same way. The truth is that these two groups need each other’s partnership in rebuilding lives and paving futures.

Veterans need to know that the mission is not over. The level of teamwork I’ve experienced with other veterans and community partners has given me hope for a better future in my community and across the country. I don’t think there’s any other organization that does it quite the way we do it, which is why I’m here with The Mission Continues. They invested in my potential to be a community leader, and now I ask you to invest in veterans and communities today with a gift of $50, because only together can we make a difference.