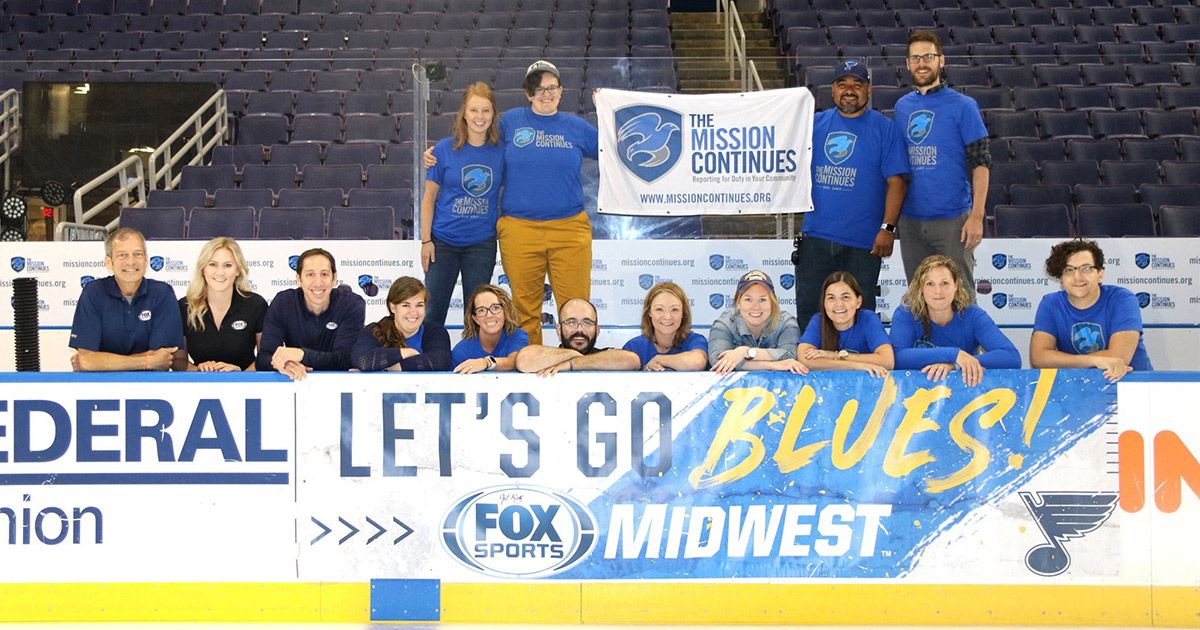 Gloria Was Played the Night History Was Made

Thursday, June 13, I woke up, groggy and exhausted, convinced the history I witnessed the night before was a dream. I reached for my phone and quickly realized that it was not a dream, I don’t even think I could have dreamt up something as miraculous as the St. Louis Blues bringing the cup home.

As a born and raised St. Louisan I have been lucky enough to see my fair share of playoff runs and championships with the St. Louis Cardinals. Conversely, I have also felt the reoccuring heartbreak of being a Blues fan. We would make it to the playoffs but never made it past the conference finals…in 2014, 2015, 2016, and 2017. In 2018, we didn’t even qualify. With a track record like that, it would be easy for a city to turn their backs on their team. Not this city.

In January of 2019, the St. Louis Blues were dead last in the league. Dead. Last. I can’t speak for everyone, but at this point in my Blues fandom career, I had learned to manage my expectations. Hope for the best, but expect the worst. Coaching and roster changes were made – a coach no one heard of before was taking over and a rookie goalie would be starting over Jake Allen.

Following their 3-0 win over the Philadelphia Flyers on January 7. 2019, Alexander Steen, Joel Edmundson, Robert Bortuzzo, Jaden Schwartz and Robby Fabbri went to a local watering hole to watch the Eagles/Bears Wild Card Game. The song, Gloria, was a fan favorite that night and on a whim, the team decided to start playing it after every win.

The city started to buzz, hope was in the air…maybe this could be our year. But then, on February 21, 2019, the streak ends with a 2-5 loss to the Dallas Stars. Expectations have been managed. There is hope, but that hope is coupled with the ghost of playoffs past.

To me, this is where the plot thickens. The chemistry on the ice is obvious, the fighting spirit of the city and one special little girl was embodied by every single guy wearing that blue note on their chest.

We make it to the playoffs. We are excited. But we have been here before and have gotten our hearts crushed like Chara’s jaw. We win the first round in six and move onto the second round.

The second round we play the Dallas Stars in seven grueling games. We lose two in a row. A tornado threatens the city and the ghost of playoffs past starts to creep in…all the way through double over-time when one of our own, Pat Maroon, puts the city on his shoulders and carries us to the conference finals.

This is where we meet the team we lost the conference finals to in 2016, the San Jose Sharks.

At this point, I completely understand why they call the cup the hardest trophy to win. Good lord, it feels like this is going to last forever. I am emotionally exhausted, my shoulders are tight, my jaw is clenched, I don’t know how much more I can take. But I can’t stop watching, hoping, praying and rooting for my Blues.

The St. Louis Blues host game six at home and I have mentally prepared myself for a game seven, just in case.

We lose the first game in Boston. This is where the St. Louis office gets the genius idea to host an ice cream social during our regularly scheduled tea time. Tea time has two set rules, it starts at 3 pm and you cannot talk about work. Yes, we have tea time, it is awesome and one of the [many] reasons I love my job. You are not required to attend but highly encouraged should your schedule allow.

The next two games were during the week. Tea time was no longer optional and ice cream had to be consumed. Our boys won the next two games and were coming home in hopes of finishing the series in six. The cup was in the city and at Enterprise Center, where the entire city thought it would stay.

Except game six was on Sunday, June 9. No tea time. No ice cream shared together just a few blocks away from 14th and Clark. We lost game six and were shipping off to Boston for game seven.

On Wednesday, June 12 at 3:00 pm sharp, the St. Louis office gathered for the final tea time, ice cream social. We managed expectations but we believed. We wanted that damn cup but at the end of the day, no matter what, we still loved our Blues.

Grown men cry out of pure joy and relief. The cup is coming to St. Louis, for the first time ever. Normally, this is when people take to the streets, destroying anything and everything they can. I experienced it first hand in Boston when they won the cup in 2011. But not in St. Louis. Not after waiting forever for this moment. No one was arrested that night. Nothing was destroyed. Not in this city.