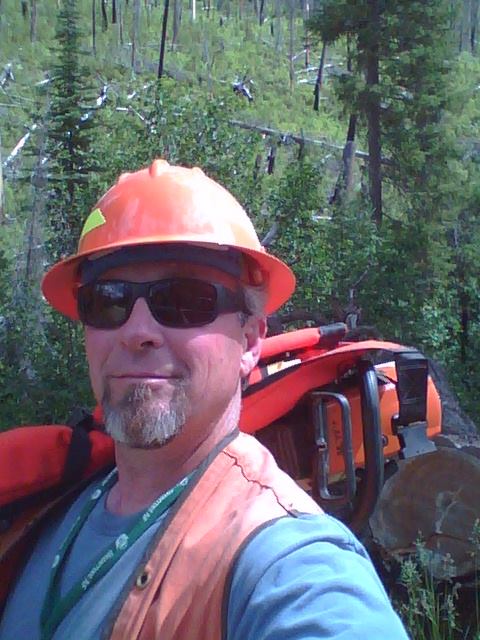 How I Found my Path in the Wilderness

Starting in the mid 1980s as a 19 year old recruit on the yellow foot prints at MCRD San Diego, I learned my role and my responsibilities pretty quick. Years later as a Gunnery Sergeant and the Detachment Commander of the Marne Security Guards in Havana, Cuba when the demonstrations demanding the return of Elian Gonzalez to Cuba began, I and my nine Marines knew our role. We were there to protect classified material and the Americans working to keep  fragile diplomatic ties going. So in late December 1999, the day two million protestors marched past the compound, we all knew where to be.

While assigned to the US Consulate in Hong Kong, when the Marine on Post One called to tell me to turn then on television, I watched the World Trade Center burn as the second plane crashed into the towers. I knew It was war and exactly what my role was.

My role lead to the Iraq invasion force, where I heard the command “fire mission” and the first of the 1,300 artillery shells began to rain down on Iraqi forces. I knew my responsibilities, even in the chaos and destruction of shock and awe.

But striking out on my journey as a retired Marine 1st Sgt with a goatee hasn’t been so easy. Halfway through my career, my wife Patti and I had bought 20 acres in Montana and built our house before I retired. At least I knew where I was going to live.

During the construction of our house, I helped my brother-in-law install the wiring for the house, which led to me working for him as an electrician’s apprentice. But that job wasn’t for me. It didn’t feel like it fit with my personality and values. So I went back to the familiarity of a uniform and a weapon as a security guard. I suffered through four years of working night shifts and every weekend before I realized that I didn’t care for the responsibility of guarding some building.

Then about five years ago I stumbled upon a magazine article describing the need for land managers in both the private and public sectors. The article sparked my interest to get involved with forestry. So I enrolled in The University of Montana to get a degree in resource conservation. One quote in my studies stuck with me. It was from Aldo Leopold. Many consider him the father of wildlife management.

He said: “A thing is right when it tends to preserve the integrity, the stability, and beauty of the biotic community. It is wrong when it tends otherwise.” After hearing that and learning about how all life in a community is interconnected and mutually dependent, my hunch was right. and my journey into the forests of western Montana began to take shape.

The author during his fellowship.

While finishing my degree, I saw Eric Greitens on The Daily Show with Jon Stewart, where he was discussing The Mission Continues. Eric’s comments about empowering veterans to transition from service to country to service to community got my attention. My understanding of community was expanding, and it reignited my need to serve. I wanted to be a part of his vision of creating a legacy of selfless service for my generation of veterans. I applied for a fellowship right away and was accepted into the Charlie 2013 class.

While serving I helped the Bitterroot RC&D win two grants for hazardous fuels removal in the Wildland Urban interface worth $600,000. I taught three environmental education classes to children ranging from 4 to 13 years old including several on the autism spectrum. I also used my education in Geographic Information Systems and data base management to help them improve record keeping of their accomplishments and grant reporting.

Additionally, I gained knowledge and experience that isn’t available anywhere else. On a daily basis, I was able to see the constant interaction between  staff, other nonprofits and the board of directors. It taught me how a vast network of volunteers, supporters and staff is intertwined in every aspect of the community.

As graduation and the end of my fellowship neared I learned about Americorps VISTA (Volunteers In Service To America) and was selected to serve for a year at a nonprofit that mentors at-risk youth in the outdoors.

My role there was to improve their capacity to mentor. I helped with fundraising, marketing, and helped create a new website. It was great experience, but like my stint as a security guard, I knew this wasn’t where my journey ended.

About three months into it, Amy, my veteran representative, called to say she found me the perfect job. It was her job.

During my fellowship with The Mission Continues I had given a presentation to a group of people, one of which happened to be her boss.

When Amy told her boss she was leaving her boss said to call me and ask me to apply for the job. And I got it. I was now an employee of the State of Montana whose job was to help veterans overcome barriers to employment and find suitable employment. Kind of like what I did as a first sergeant.

But after my second deep vein thrombosis and gaining almost 20 pounds in nine months, I once again knew I needed a change. And the more I sat at a desk, the more I knew needed to get out from behind it.

One of the great things about working at the job service is you get to be the first person to find out about all the cool jobs being advertised.

That’s where I found the job that everything was building towards: as a natural resources technician doing road removal at the US Forest Service on the Bitterroot National Forest in Hamilton, Montana. 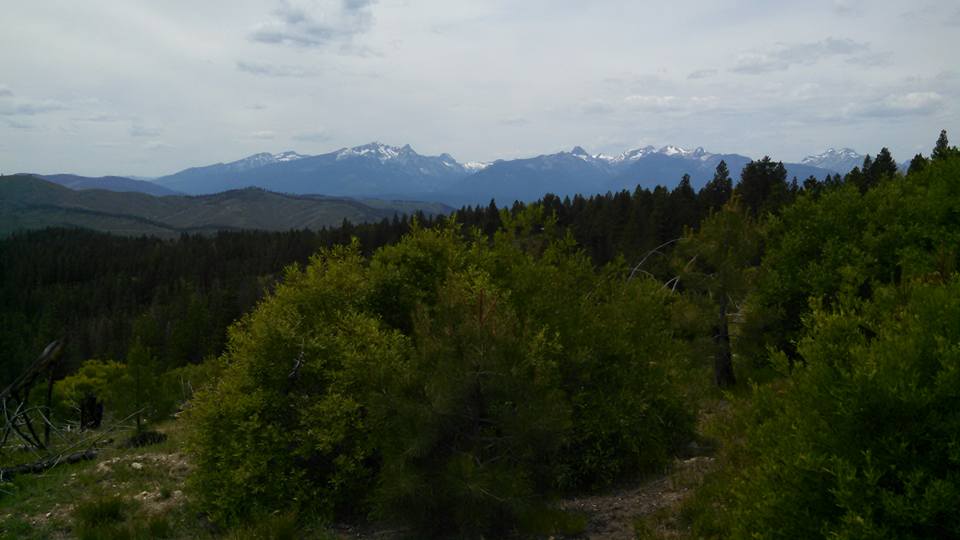 I excitedly told my wife about this new opportunity. Since I told her I was staying put at the last job, she wasn’t too happy to learn about my enlightenment.

But she also knew that for nine years I had been searching for my place after the Marine Corps, and that place was in the solitude and peace of the forests of western Montana among the vibrant splashes of red, yellow and purple of the wildflowers and pungent fragrance of the fir, spruce and pine trees.

I am now a biological technician and spend my days hiking in the forest checking on road and stream conditions in preparation for decommissioning about 10 miles of roads this summer. My soul tells me this is where I belong away from the onslaught of the sights and sounds of office work and immersed in the wind whispering in the pines and the immediate gratification of the accomplishment of a hard day of work replacing the scars of clear cutting timber with a natural state of stability, integrity and beauty of the biotic community.

My journey to find my place after the Marine Corps took nine years, eight different jobs, three years of college. My fellowship at The Mission Continues wasn’t just a stepping stone, or another guide post along the way. It reignited my passion for serving others and opened my eyes to the serenity of nature. It gave me a place to grow, a place to learn, and a place to be challenged. And now, standing here, it finally got me to where I needed to be.

Now I look over the wilderness of Montana not as a forest, but a place where I can do the most good for my community and my family.

Tim Peterson is a Marine Corps veteran, a Charlie 2013 alum and was selected to speak at the Charlie 2015 Fellowship orientation in Chicago.