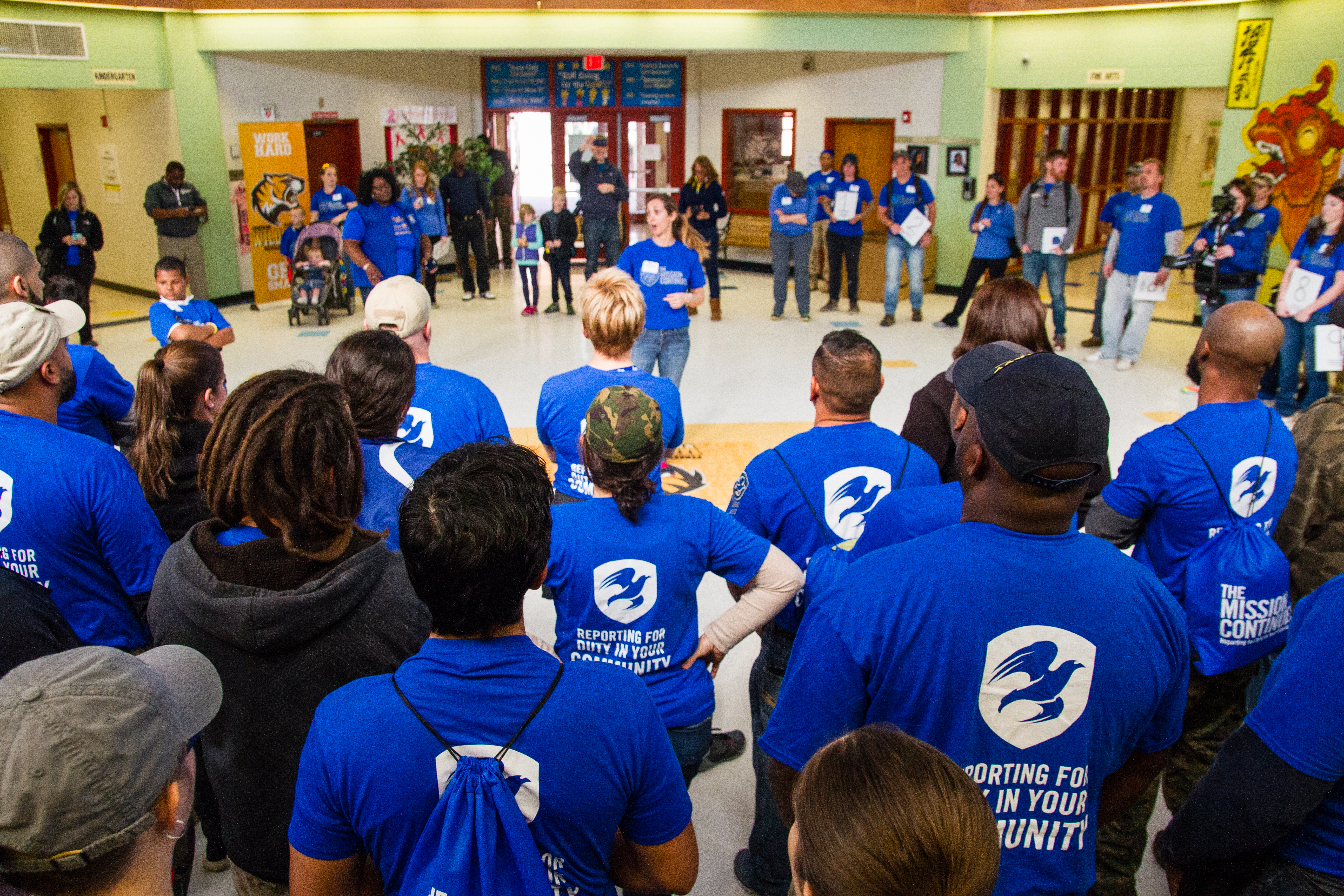 Who Do I Want to Be? Finding My Identity After the Military 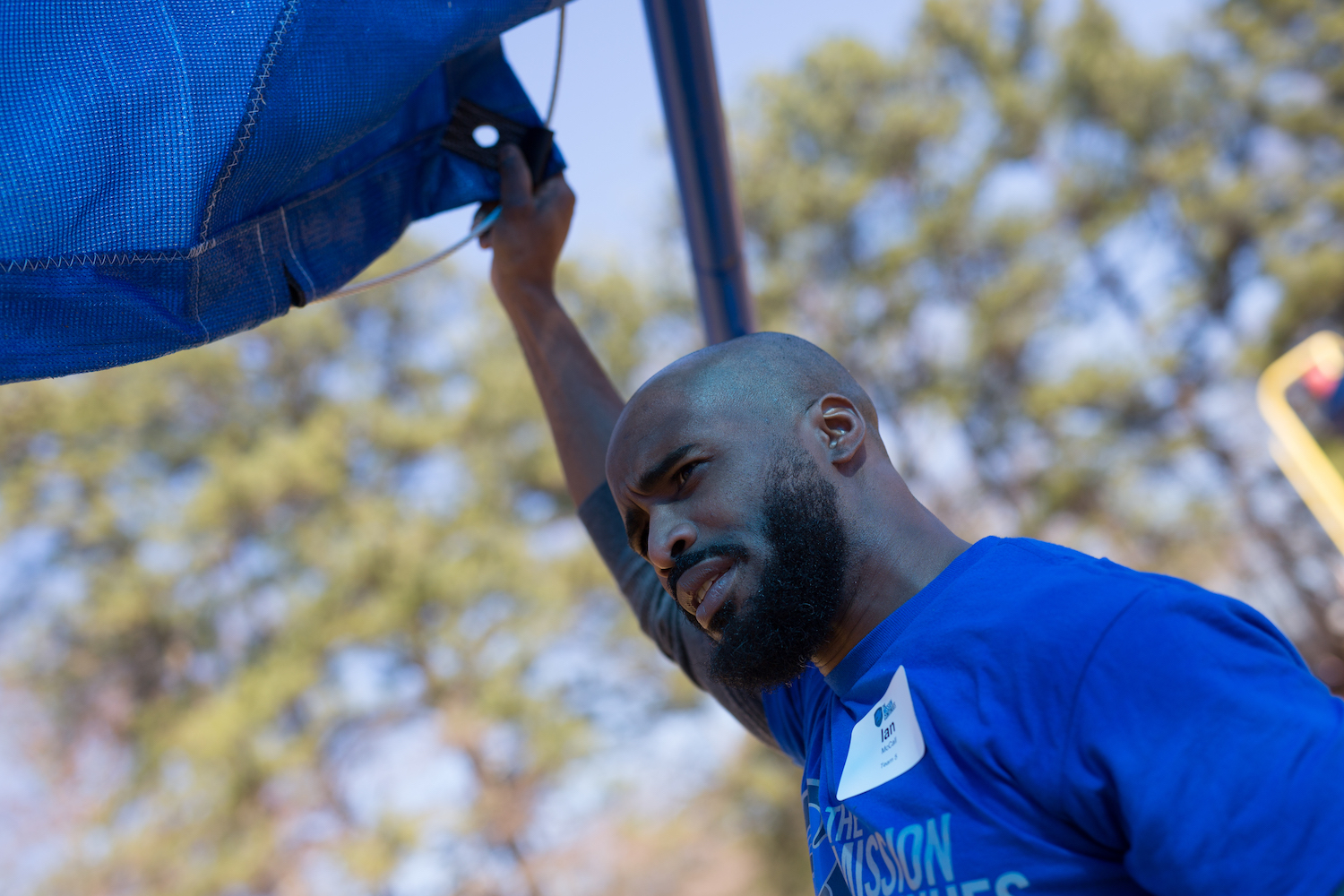 In recognition of his perseverance and dedication to service in the face of overwhelming adversity, Ian McCall received the Mark Weber Award at this year’s Delta Orientation. Through his fellowship, Ian launched a campaign for women’s empowerment which has grown exponentially through his efforts. He wrote children’s books to empower young girls, which was well received and supported by his community. But his six months as a Fellow were met with unforeseen challenges. This is his story — an adapted version of his speech to the Fellows of Delta Class 2016.

I’ve never felt as lost as I have since I’ve left service. I’ve repeatedly asked this question, and had life present it to me:  “Did going in make me who I am? Or did who I am make me go in?

But it’s an important question. If I am who I am because I went in, then who am I now that I am out? If, on the other hand, I went in because of who I was to begin with, where else can I go? It’s relevant because most vets aren’t suffering most from health crises or mental crises. Most vets are suffering from an identity crisis. And the VA doesn’t rate those.

It’s only natural. One day you’re on active duty. Your address, your neighborhood, your friends and your food all come standard issue. The next day you’re in a new world, the “real” world, which isn’t pre-populated with all of the people, places and things you need to know. Instead, you’ve got to generate your own humor, your own itinerary, your own meal plan. All of a sudden you have to derive your own meaning.

For most of us meaning is not about being important. Meaning is about how we fit into the world around us.

“Who am I meaningful to?”

It’s difficult to feel meaningful to people who don’t think you’re important. It’s hard to feel meaningful to a society that calls your meaningfulness into question with its budget-slashing legislation, with its endless lines at the VA, with its thanks that rub you wrong for reasons you can’t figure out; maybe they’re too empty or too oblivious. Or just too insufficient for what you’ve given up.

Meaningful. Full of meaning. There is not a single person here who doesn’t want their presence here to mean something. To the room they’re in. To their family. The world. And so now you have an opportunity, a chance to make meaning, in a new way, with this fellowship.

You will break off into groups shortly. And in those groups you will be given guidelines. You will learn how to make SMART goals, and attach metrics to them. But this mission is twofold. There are the objectives you are given. And there are objectives you bring yourself. As with the military, there is what this experience can give to you, and there is what your experience can give to it.

I could sit up here like I’m better, or wiser, or somehow just an elite fellow, because I’m up here getting an award. But instead I’m going to talk to you about how I almost quit. Yup. Believe it or not, you may reach the point in your fellowship where you want to quit. Not because the fellowship is impossible, but because life won’t stop happening to you just because you’ve started a fellowship.

I was a new father. My own father almost died in the hospital, and I was suddenly watching both my son and my father learn to walk. My host organization was defending itself from bogus allegations in court. And changing locations. And that’s not all. The coup de grace came with the dissolution of my new family.

My life was coming down around me in the middle of my fellowship. The last thing I wanted to do was check in with my FPS or do assignments at the end of the month.

I could be driven by it. Or I could lean into it and show it who I was. I decided to hold nothing back—to be candid about what I was going through, how it was making me feel. To my surprise, my FPS met me where I was. The realer I got with her, the realer she got with me.

The military mind sees the house as clear or not clear. That dichotomy doesn’t apply to this experience. This doesn’t have to be all or nothing. And it doesn’t have to go perfectly. This fellowship is not here to be another mountain for you to climb. Or kick yourself for not climbing. It also isn’t just a stipend for 6 months, or just a bunch of objectives. This is a chance to reinvent yourself. To take a timeout and get to the bottom of who you are. To get clear about who you WANT to be. The impact you want your life to make on the world around you. From your living room outward.

You’ve got six months. Boot camp isn’t nearly so long. Yet it gave something to you. Like you gave to it.

Finish the Fellowship. For who you are. Not what you’ve been made into.