Delta Class 2015 Moves Out to Serve Their Communities

This past weekend, 126 veterans converged in Dallas-Ft. Worth for our last orientation class of the year, beginning their six month fellowships or taking on leadership roles in our service platoons. Delta Class 2015 assembled for workshops, invigorating talks, breakout sessions. They learned about what they can expect during their volunteer service, how to tell their story–and in between, had plenty of time to meet like-minded leaders who pledged to serve their communities. 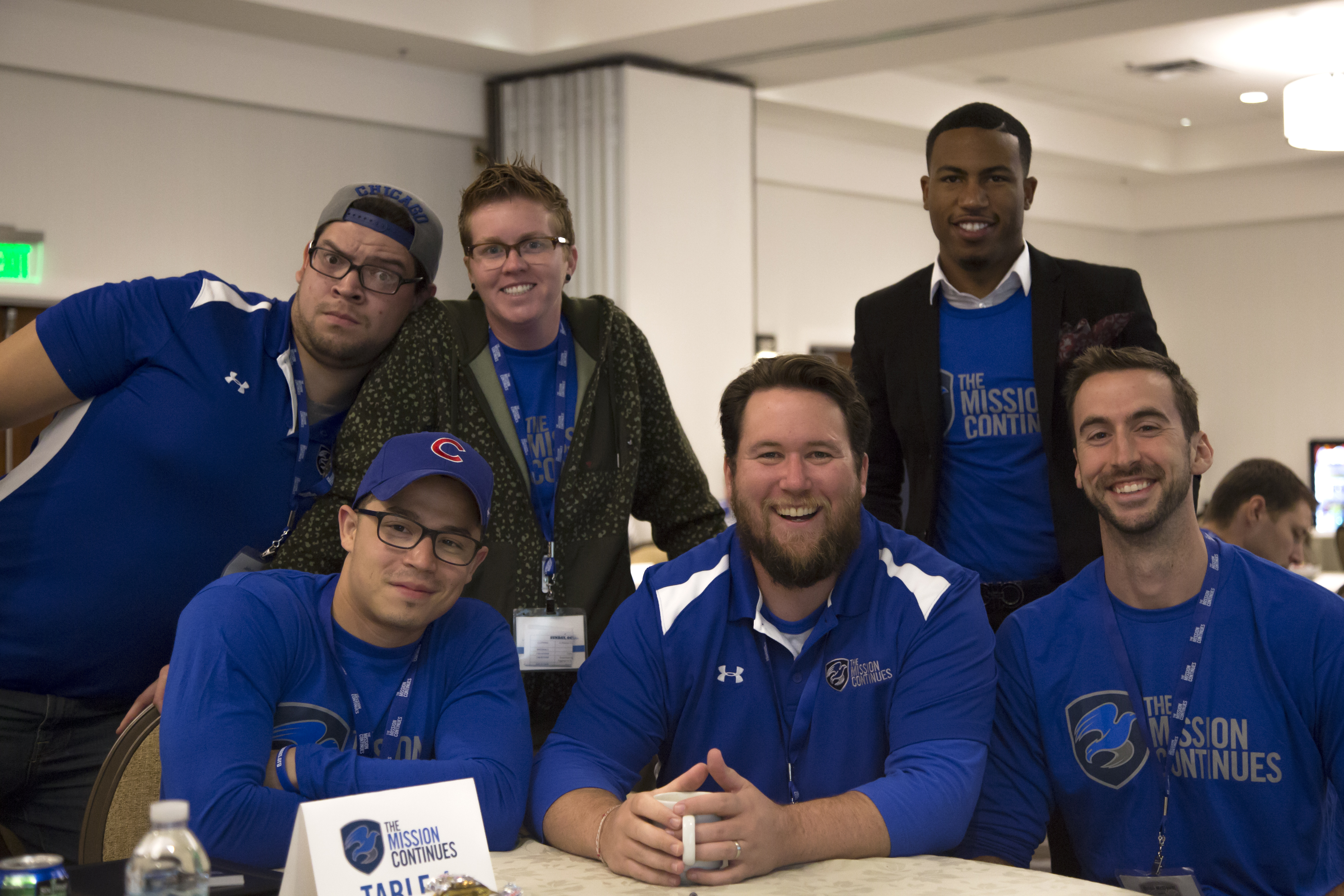 Veterans of Delta Class 2015 during a break at orientation. 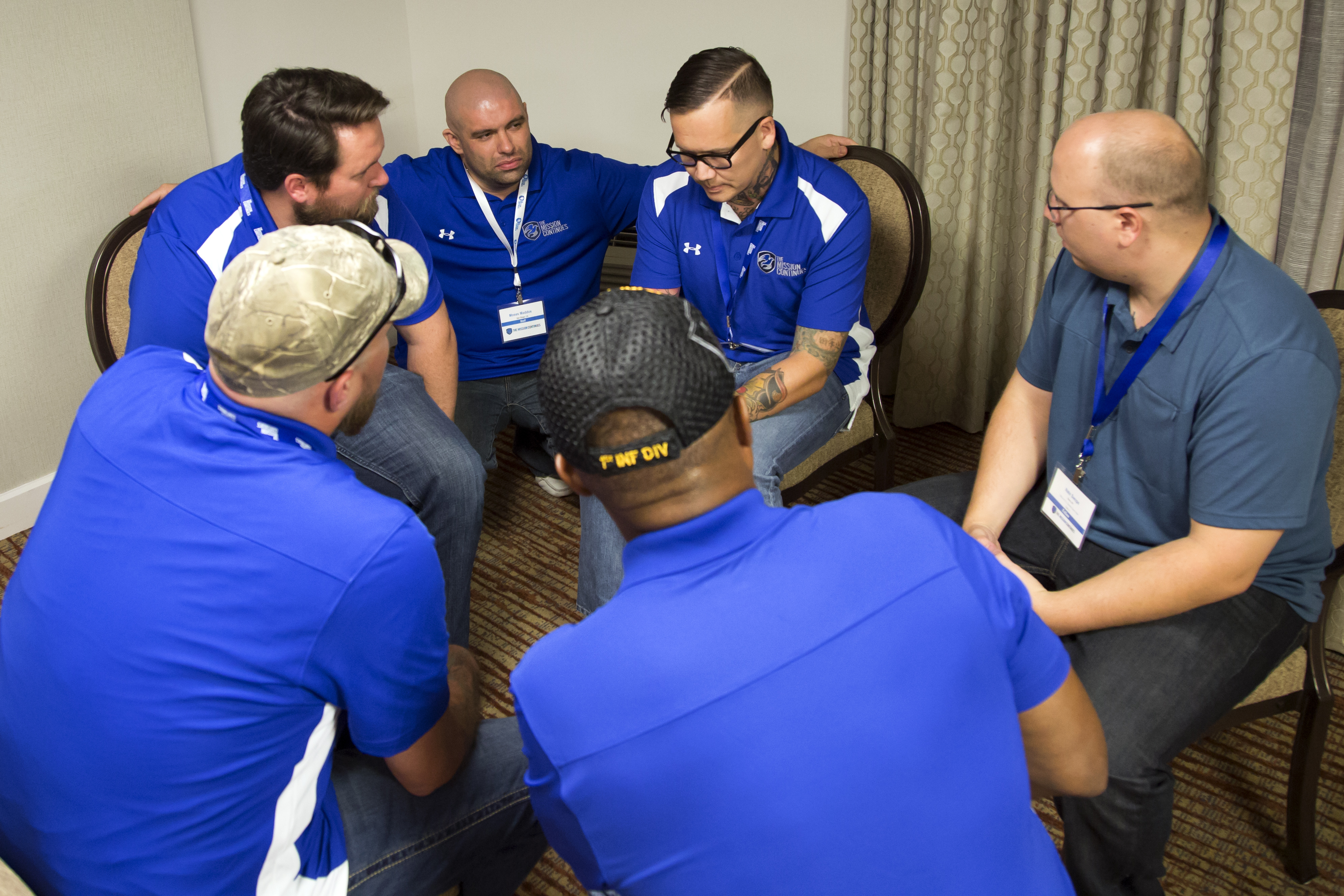 Veterans share a candid conversation during a breakout session.

Before the weekend, a lot of what The Mission Continues does appeared as a hypothetical for most of the attendees. Some were new platoon leaders who have already served in past fellowships. Others received their first lessons about the power of continued service for themselves and the communities they hope to inspire.

But it all came together during a service project at Avenue J, a halfway house for people leaving prison and reentering society. 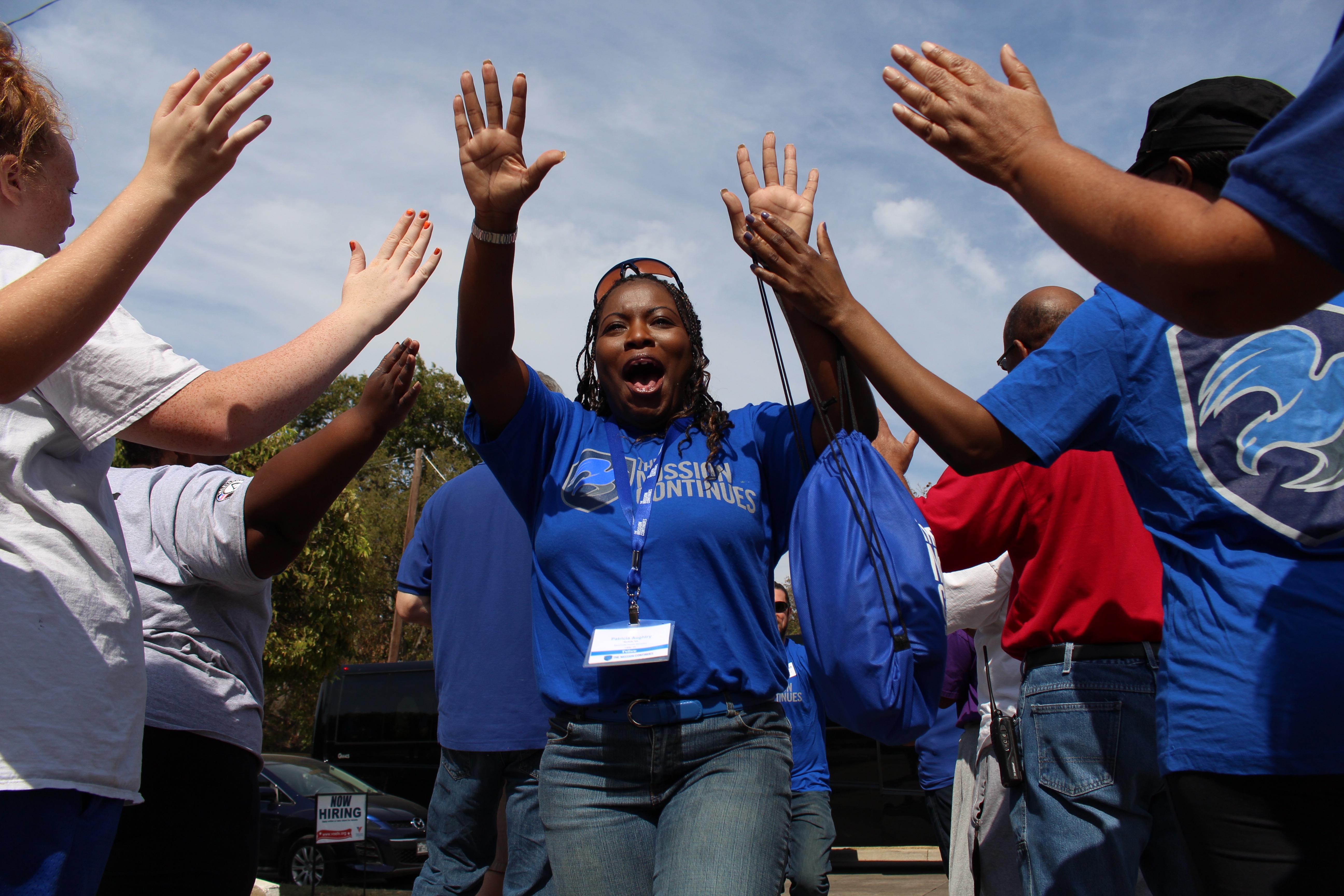 A newly commissioned Fellow arrives at the service project. 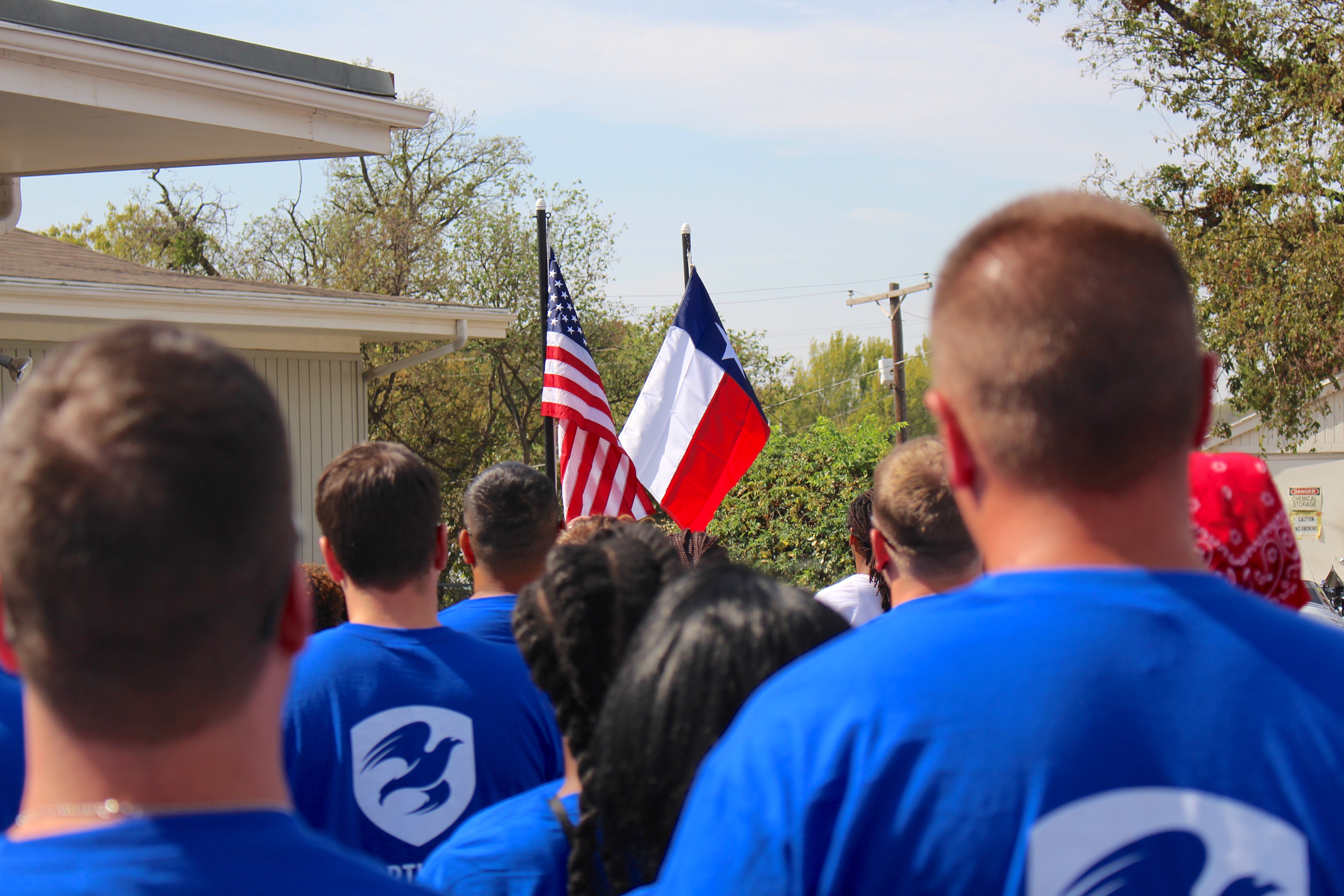 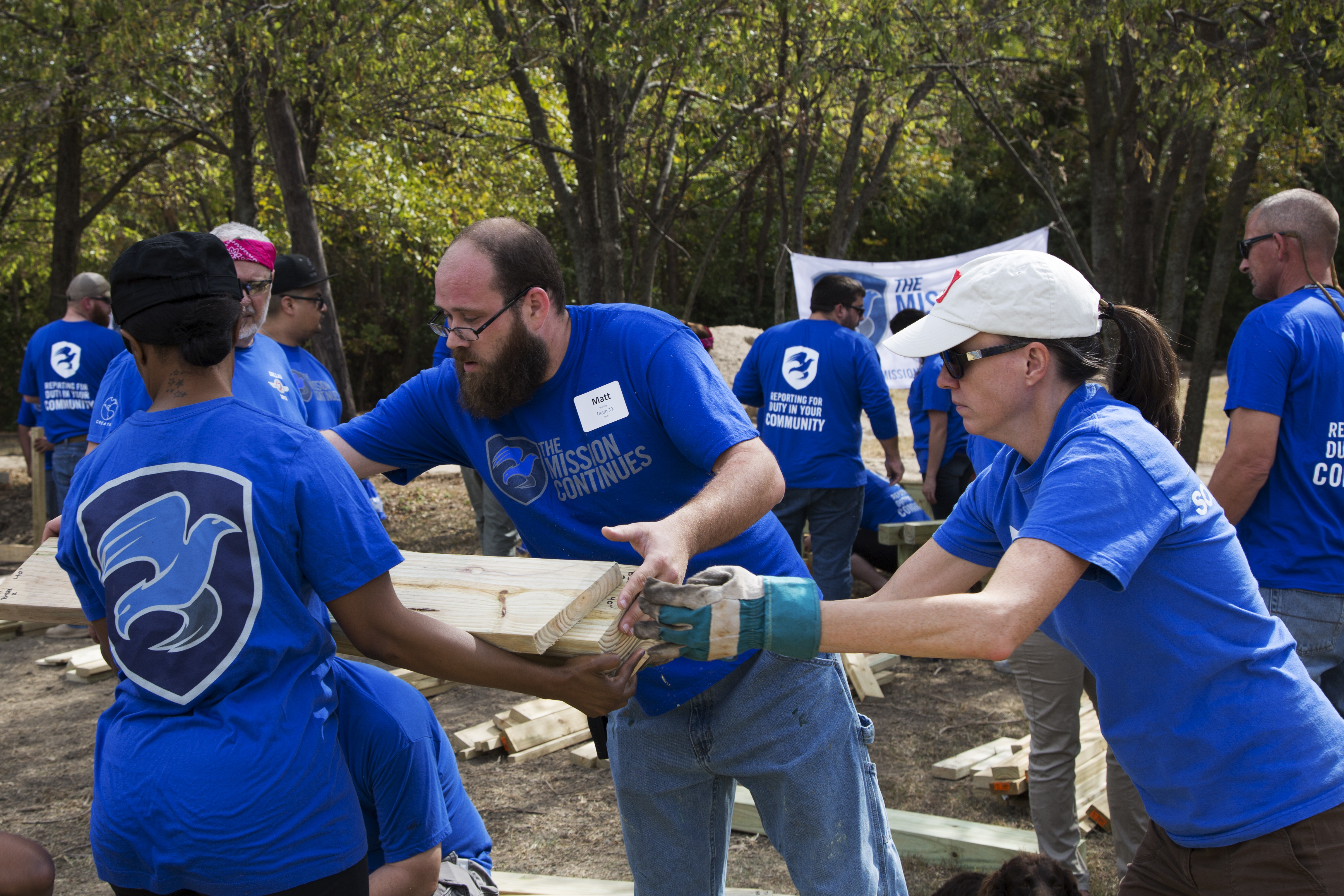 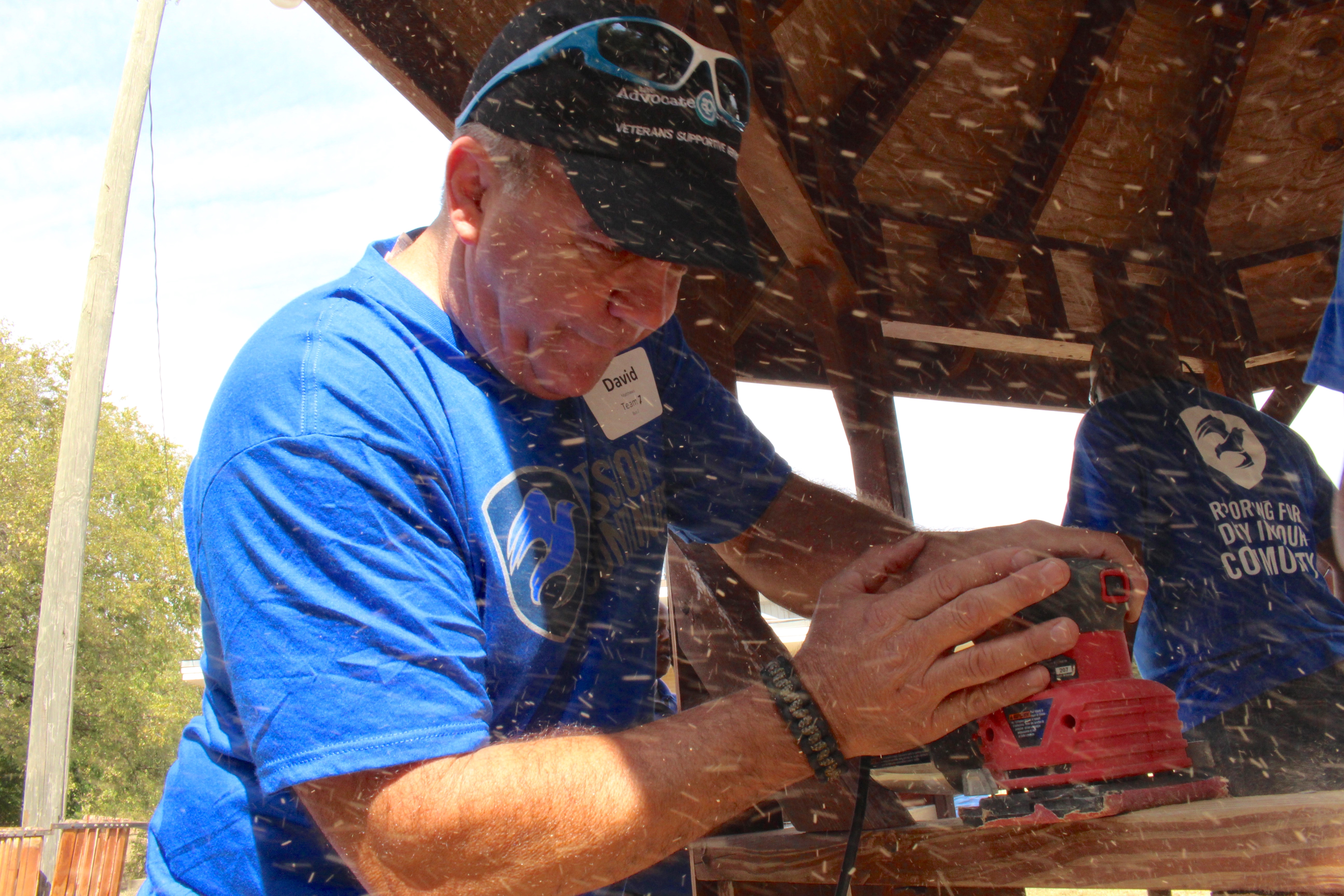 A new Fellow sands a pavilion ahead of repainting. 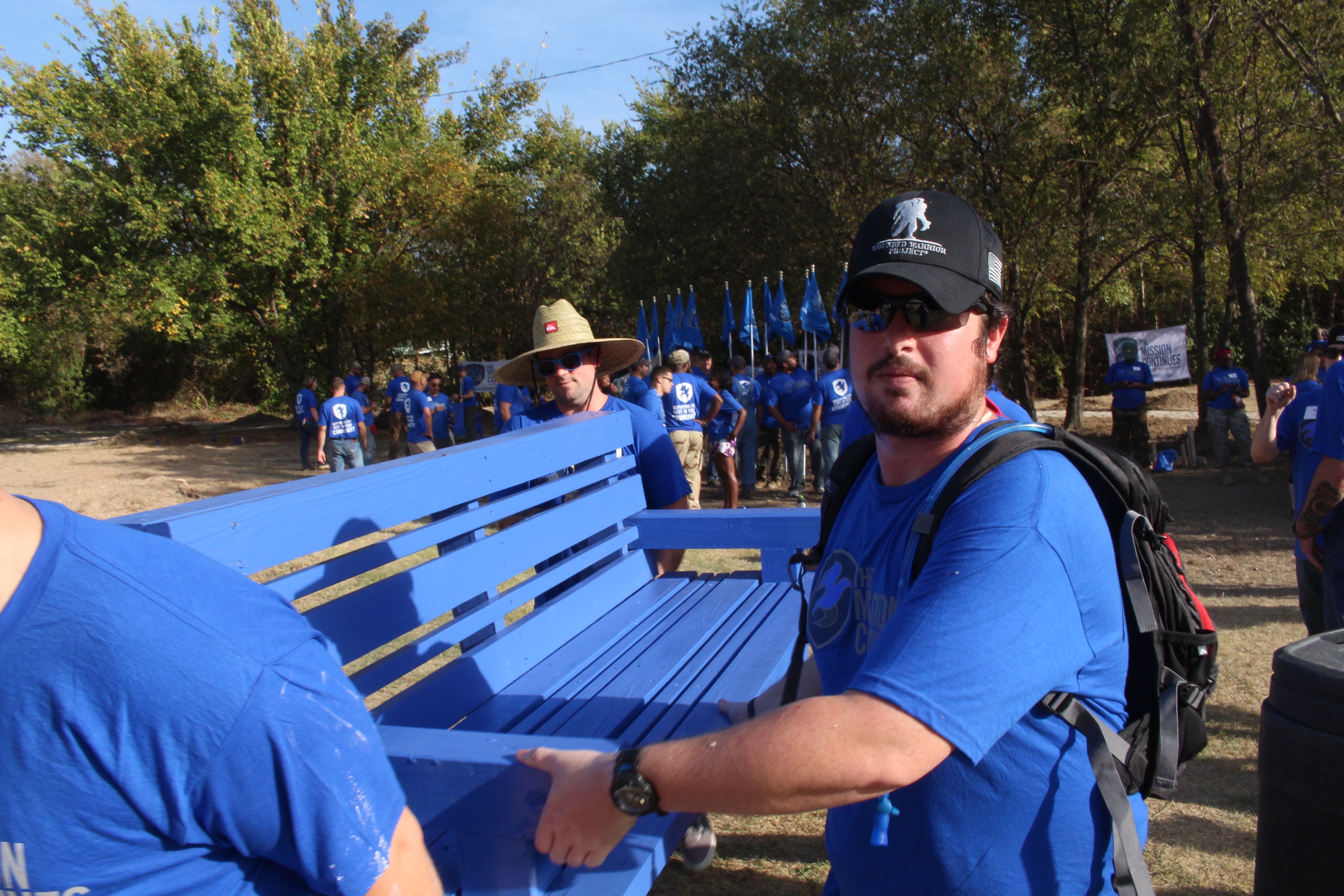 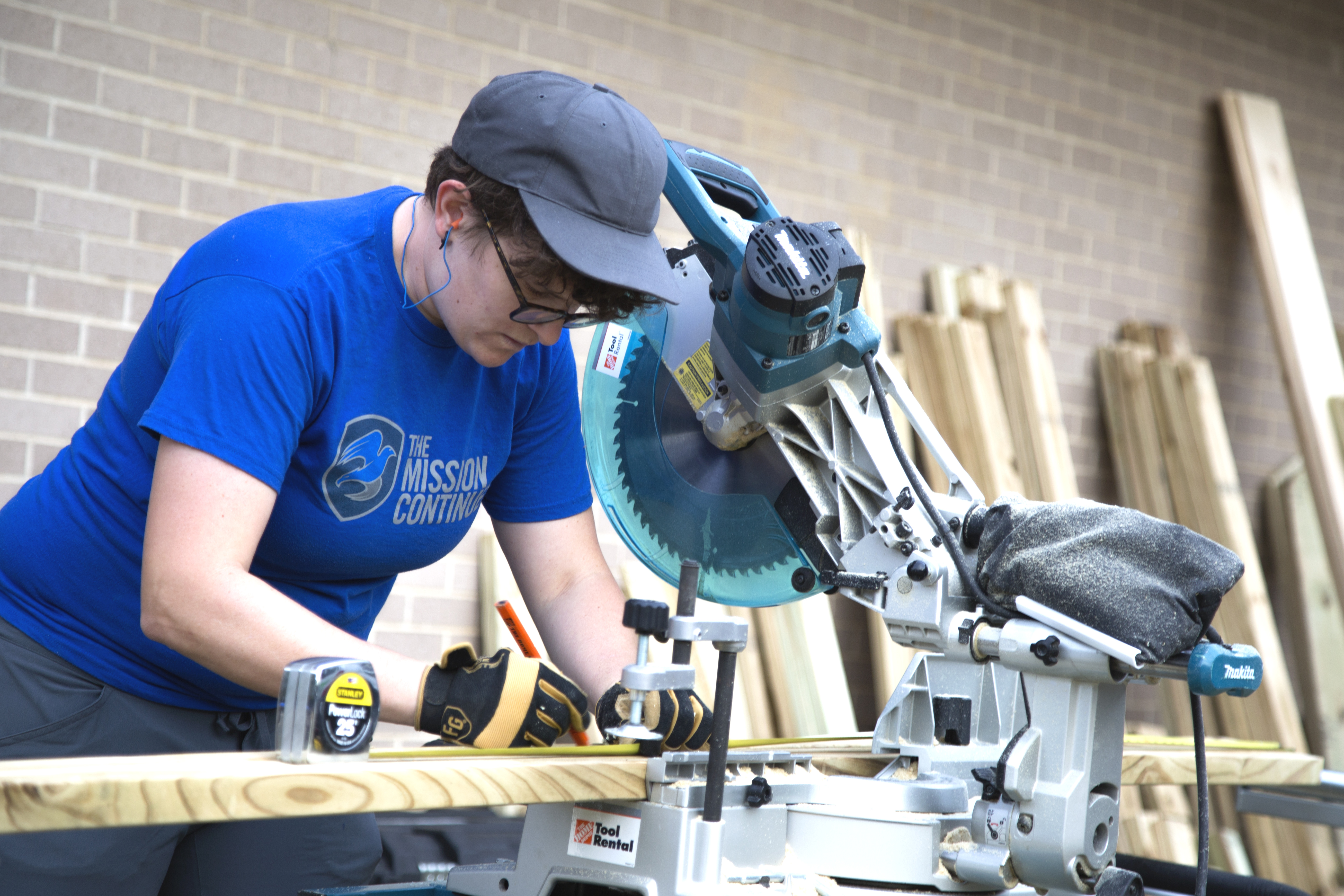 Jess, a staff member at The Mission Continues, measures wood to cut during a build.

Before the project, the need of the halfway house was abstract to some. Why help people who committed crimes in the past? But as the crop of veterans learned through the weekend, their work does not simply amount to painting walls and building benches. Their efforts show people in need that many people care about their welfare, their community, and the value they can bring to the world if only given a second chance. 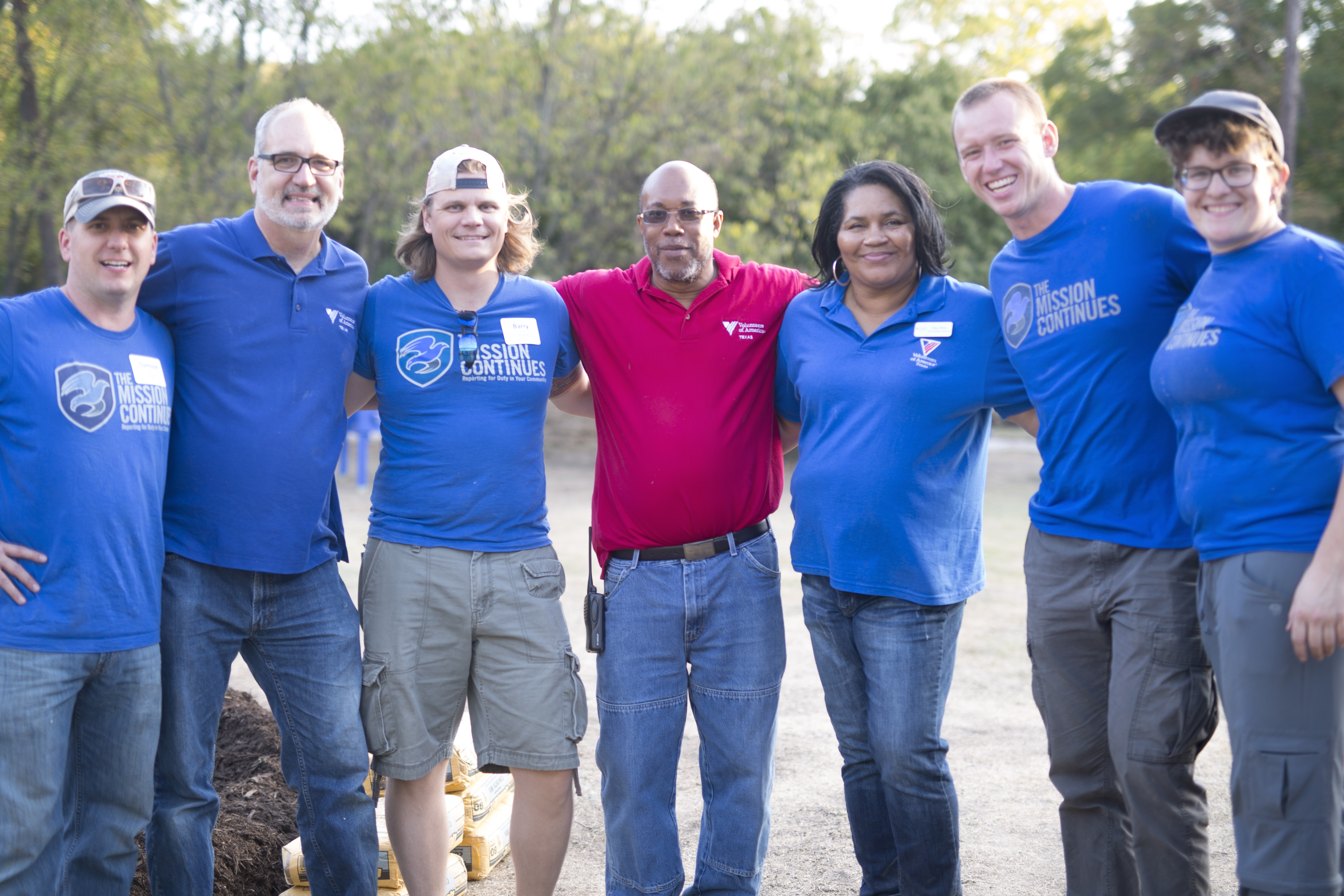 Members of The Mission Continues and staffers at Avenue J come together during the service project. 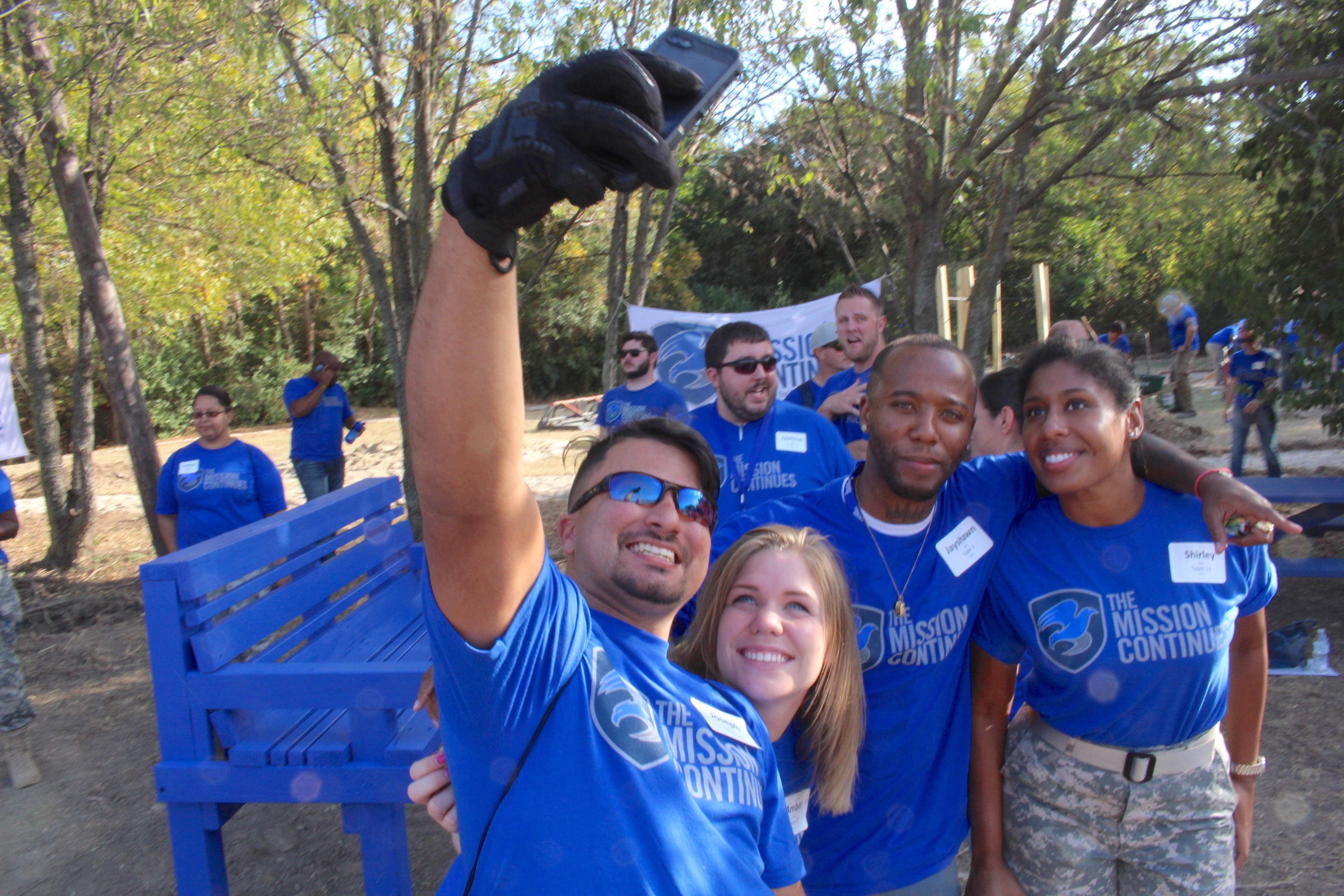 But much more than metrics can say: Delta Class 2015 gave people in the Ft. Worth area a chance to rebuild their lives and strengthen their communities in their own way.

After the weekend, all 126 veterans returned home to begin a transformative process for their communities and themselves, and in doing so, will join a building legacy of veterans ready to show the next generation what continued service is all about.

Calm winds and following seas, Delta Class 2015. Get out there and make it happen.

Want to join Delta and serve again in your community? Apply for a fellowship or join a service platoon.