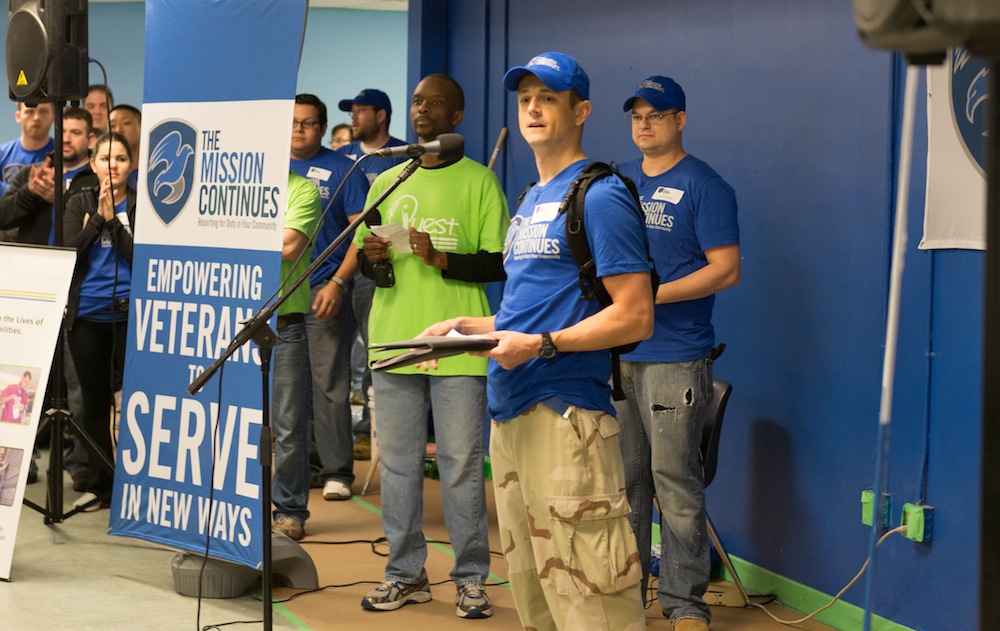 The Compass Awards: Recognizing the Leadership of Veterans at Home 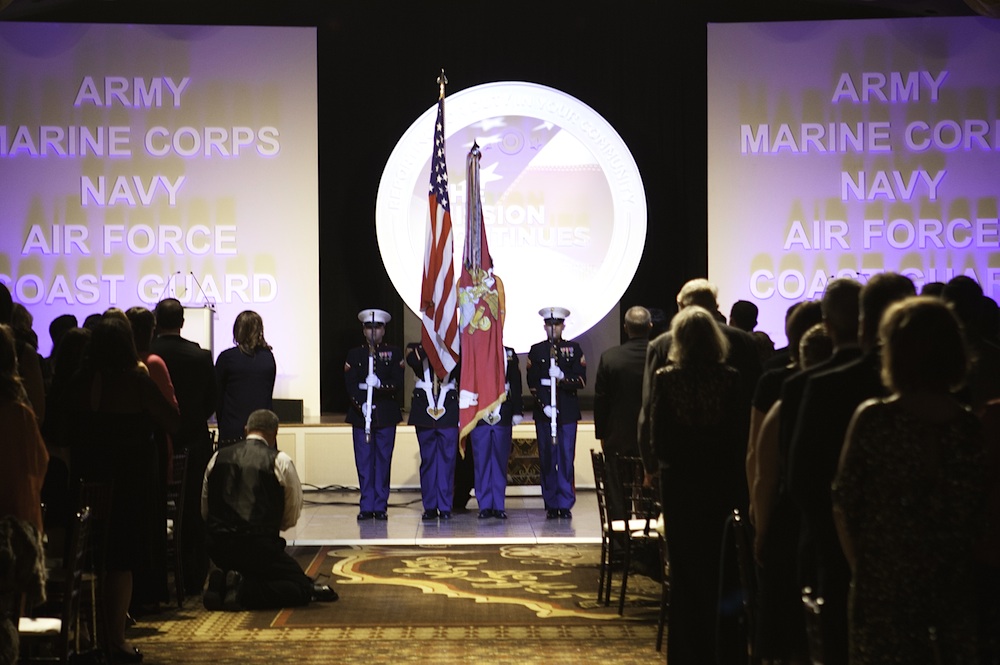 Admiral Mike Mullen, the former Chairman of the Joint Chiefs of Staff, referred to the nationwide support for veterans and service members as a “Sea of Goodwill.” At The Mission Continues, we’re lucky to be the beneficiary of our own “Sea of Goodwill,” a community of individuals, foundations and corporations that share our belief in the capacity of this generation of veterans to lead at home.

Each year at our annual Veterans Day Gala we recognize these supporters along with standout veterans who go above and beyond the call of duty to serve their community and those around them. This year, we’ll have the honor of celebrating the impact and achievements of Megan Andros, Stephen Bagwell, The Boeing Company, Lloyd Duran, and the Sullivan family.

Megan Andros is a West Point graduate, a former Army captain and an Iraq War veteran. Since 2013, Megan has been continuing her service by leading veteran investments at the Heinz Endowments, one of Pittsburgh’s most prominent foundations. Last winter, Megan reached out to our staff to bring The Mission Continues to Pittsburgh, and she has been a passionate advocate for our model ever since. She has supported The Mission Continues’ growth in Pittsburgh every step of the way, helping to secure funding for a Service Platoon and several Fellowships, connecting the Platoon Leader with the mayor and other influential local leaders, and regularly serving alongside the Platoon at events. As a veteran, public servant, and emerging young leader, Megan exemplifies the best of the post-9/11 generation.

As a founding member of the St. Louis Leadership Committee, Steve Bagwell has helped The Mission Continues grow from a start-up to a prominent national nonprofit. In addition to his family’s generous contributions, Steve has introduced our staff to nearly a dozen leading St. Louis companies and individuals that now support The Mission Continues at a major level.

He has also played an integral role in every Veterans Day Gala since 2009, soliciting silent auction items, securing a Color Guard, and making arrangements for the St. Louis Fire Department to fly the American flag in front of the Chase Park Plaza. Steve serves as a strong advocate for our work in the St. Louis community and beyond, and his consistent leadership makes him one of our most valued supporters.

Boeing is a model corporate partner, investing in both The Mission Continues’ programs and our capacity as an organization. This year, their funding for over thirty Fellowships is cultivating veteran talent in Boeing communities across the country. At the same time, they are funding a significant upgrade for The Mission Continues’ technology systems that will allow us to empower thousands more veterans to serve in the future. Boeing executives like Dale Rainville, Carrie Swanson, and Tim Noonan have demonstrated their genuine commitment to scaling our model over and over again, working with us hands-on and providing much needed guidance. Boeing is a national leader in supporting veterans and military families, and we are grateful for their generous strategic investment.

As one of our first Service Platoon Leaders, Lloyd Duran helped develop the model that our team has since implemented in twenty-five cities across the country. Asked to find a way to bring Orlando veterans together in service, Lloyd stepped up to the challenge. After leading the second-ever Platoon mission in November 2013, Lloyd built strong relationships with a half-dozen local nonprofits, recruited over 150 Platoon Members, trained a team of Squad Leaders, and organized a Mission Continues event every month. His 1st Platoon Orlando is a tight-knit team with a true sense of community, and an inspiring example for Platoons from Los Angeles to New York.The Service Platoon Program would not be where it is today without Lloyd’s hard work, perseverance, and consistent leadership.

After Navy Chief Petty Officer Sean Sullivan died in Oman when his helicopter crashed during operations there in 2012, his family organized a golf tournament in St. Louis to honor his memory and support The Mission Continues. Sean’s widow Amy Sullivan, sister-in-law J.J. Sullivan and aunt Sandra Sullivan raised over $20,000 through their first event. Amy represented Express Scripts at the Gala last year, where she shared her story with a gathering of veterans and community leaders. Mission Continues Platoon Leader Rachel Gutierrez was so moved by Amy’s remarks that she dedicated her Platoon’s next project to Sean’s memory. Amy and her colleagues from Express Scripts flew out to Phoenix to serve alongside veterans and other military family members at a major project that completely renovated a housing facility for homeless veterans.

The family’s second annual tournament in August 2014 raised an additional $22,000, and they continue to volunteer and spread the word about The Mission Continues programs. We are grateful to the Sullivan family for setting a powerful example by celebrating Sean’s legacy through service.