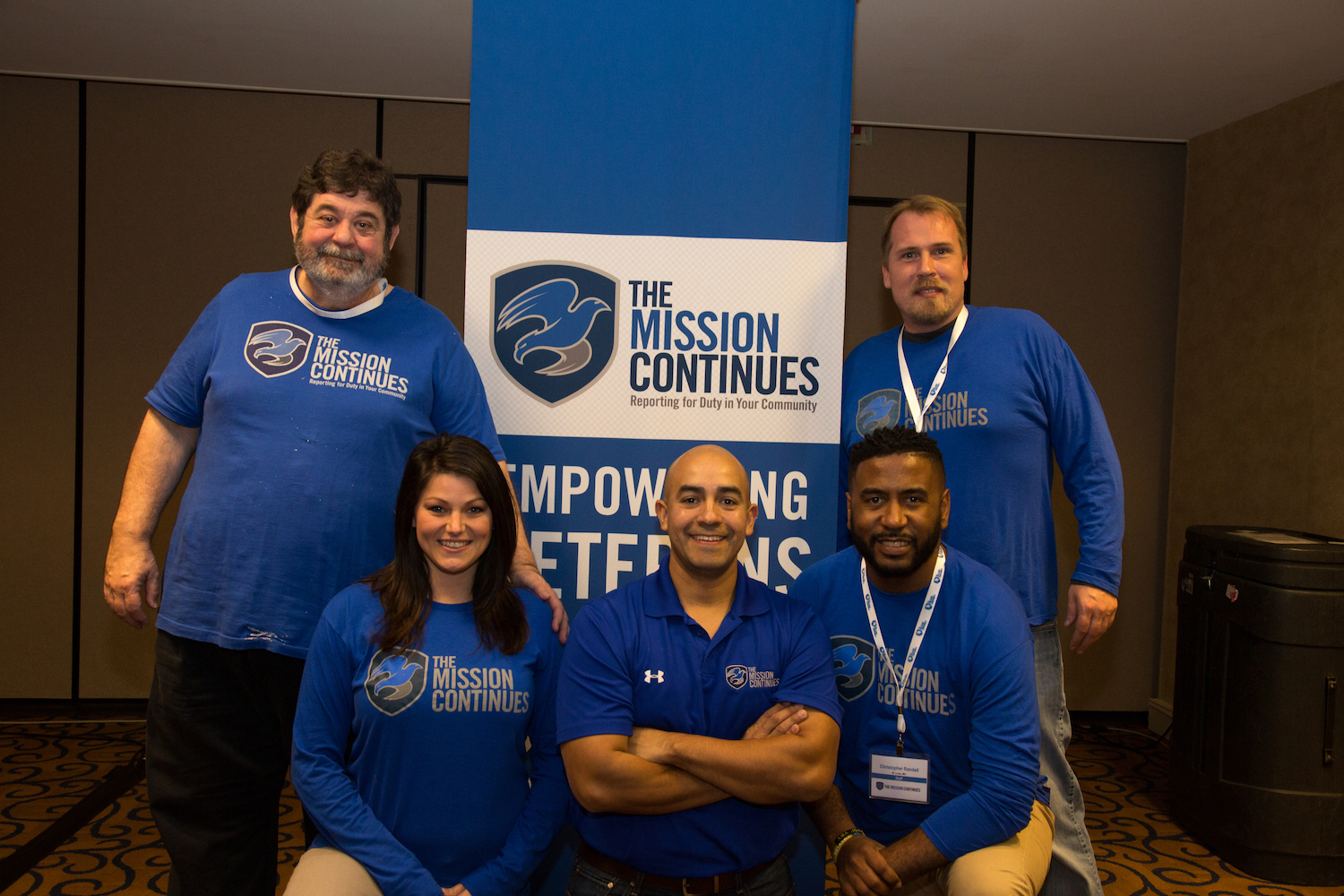 How Did You Come to Work at The Mission Continues? 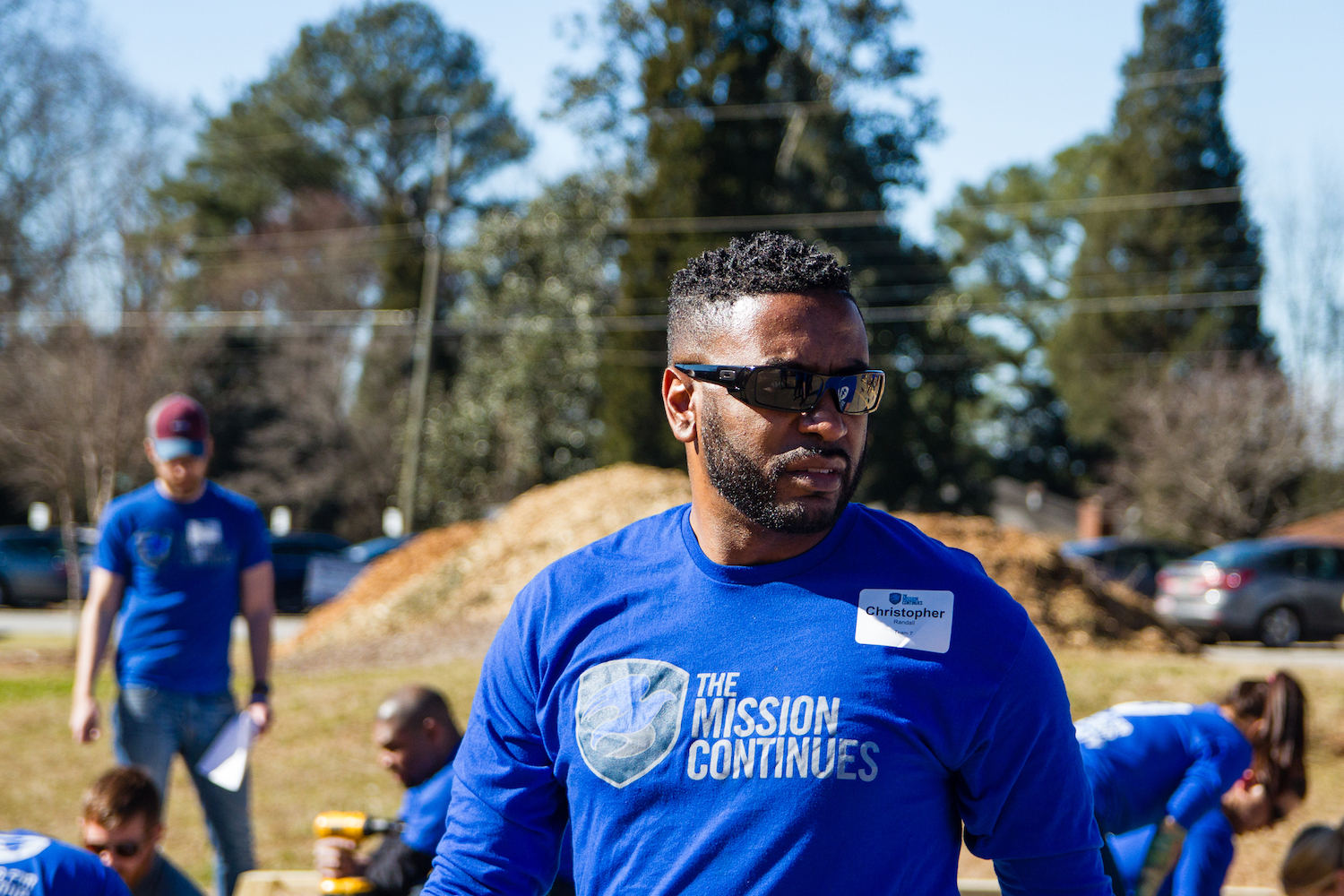 Why I Wanted to Serve

From the time I was eight years old, I knew I wanted to be a Marine. Growing up in North St. Louis, my father was my role model – a standout in a tough neighborhood. He was determined to not let anything, let alone age requirements, get in his way. He enlisted in the Air Force at the age of 15 — before he could drive, vote or buy a beer — and served during the Korean War.

I wasn’t exactly a great student as a kid, but I was dedicated in other ways, and most important, I was dedicated to my dream. More than anything, I wanted to be part of the military like my father. So I started early. I joined the Young Marines Program when I was 8 years old, and attend Cleveland Jr. Naval Academy in St. Louis for high school.

In many ways, just like my father, I didn’t want to waste any time. I felt ready, more than ready, to achieve my dream as soon as possible, so much so that I made sure to graduate high school ahead of schedule so I could enlist at the age of 17.

After boot camp, infantry school and security force training, I was stationed state-side guarding nuclear weapons. I was good at my job, and rose quickly, attaining the rank of corporal by the time I was 19 years old. In 2005, I was reassigned to the 1st Battalion, 5th Marines and deployed with them in support Operation Iraqi Freedom.

We were on the front lines in Ramadi, Iraq for eight months. I’m proud, and grateful, to say that everyone in my platoon came home safe.

I loved serving my country, but I realized part of that was to be there for my family too. In 2006, I decided to come back to St. Louis to uphold my family commitments. Because my Marine Corps career ended sooner than I expected, my hunger to serve remained, and led me to enroll in the St. Louis County Police Academy in January 2007.

While the complexities of serving in the infantry aren’t the easiest to translate to a civilian resume, at the most basic level, I was trained to do two things: shoot and run. I figured my clearest choices were to join a gang or become a cop. Luckily for me, I decided to enroll in the St. Louis County Police Academy in 2007.

My police work brought me back to North St. Louis County, and I revisited many of the challenges I experienced growing up in that neighborhood: Heavy drug trafficking, lack of trust in law enforcement, gang activity, and heavy street violence.

All of these challenges came to a head in the summer and fall of 2014, when I found myself in a conflict reminiscent of the war zones in Iraq. Wearing riot gear, I stood together with the other St. Louis County officers night after night as the citizens and activists demonstrated in Ferguson. The explosions and the gun fire brought back echoes of my time on the front lines. After the initial crisis passed, I returned to my beat, but a gnawing feeling I had been fighting for years returned in full force.

While I knew my work as an officer was making a difference for families struggling to keep their heads high and their neighborhoods safe, something was missing. As a Marine, I had been empowered to be proactive and a creative problem solver – a leader. By contrast, the rules and protocol that govern modern-day policing felt restrictive and reactive rather than proactive.

Reconnecting With My Community

I changed course. I knew I needed to make positive change in another way. I had heard about The Mission Continues on Jon Stewart’s The Daily Show a few years earlier and was stunned to learn they were headquartered in my own backyard. I decided to take the plunge and apply for the fellowship program, thinking it would give me some time to figure out what I wanted to do next.

Little did I know going into my fellowship orientation that The Mission Continues was going to change my life.

I had been volunteering with my chosen nonprofit, Gentlemen of Vision R.O.P.E. Inc., for several years, but my fellowship took my engagement to another level. I worked side-by-side with the executive director, leading important meetings and creating a path for the organization to grow and expand its impact. It was work that stirred up my passion. I came from those neighborhoods and I know how crazy it can get sometimes. It was the amazing people who led by example that helped me rise above the negativity and chart my own course.

My fellowship took me back to my old neighborhood, once more, working to help more young black men graduate high school and enroll in post-secondary education through an award-winning youth mentorship program, which is home to a nationally recognized competitive step dance team. (There’s even a PBS documentary about the program!)

My fellowship has ended. But I get to continue my mission today as a Mission Continues staff member. As a fellowship program specialist, I’m guiding other veterans through the six month fellowship program I went through, helping them connect their work to our operations in cities across the country.

It’s amazing to see so many veterans transform themselves and their communities, and over such a short period of time. From my personal story, and the stories I encounter every day at The Mission Continues, I have learned that veterans have an important role to play as leaders in their communities to show the next generation how to pave the way to success. The road is rough and with many unexpected turns. But if you’ve got passion to drive you, skills to help you, and a mind to guide you, your legacy as a veteran won’t end with military service — it will continue on to encompass so much more.