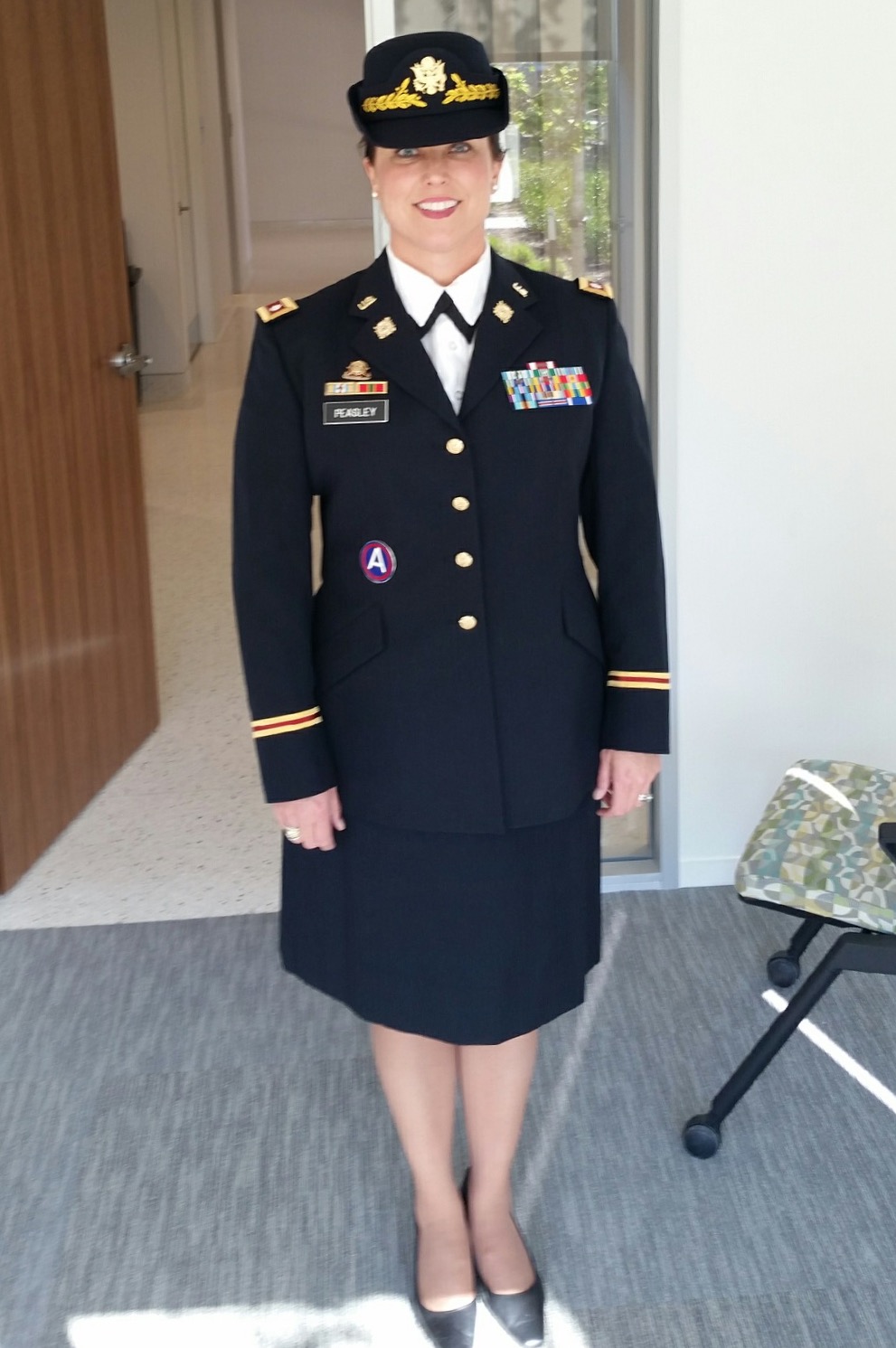 The Decision I Made, 15 Years Ago Today

I vividly remember the day I left active duty. It was October 1999 and I’d completed my 5-year commitment in the United States Army after graduating from West Point. I signed the paperwork to switch to a Reserve commission and assume my placement into the Individual Ready Reserve. At the time, I thought it was odd how much it bothered me to take off the uniform but I was very determined to go find success out in the civilian world.

I soon settled into a new civilian job as an account manager for a telecommunications company in Dallas, TX. Though I was content financially, I often felt something bigger was missing. Regularly, I’d call my parents to share my thoughts about how I didn’t really feel like I fit in and tried to explain that I didn’t feel like I was making a difference in life.

I wasn’t sure if this was a normal feeling military veterans had when they transitioned into the civilian world. Regardless, it was a dark period for me and one where I felt very alone and lost. While my civilian company was great, I no longer felt like I was a part of a team that focused on the greater good. In my civilian job, we chased the bottom line — which to this day isn’t what drives me.  At that time, no one really talked about these feelings of desperation openly and I was not aware of any veteran support organizations I could join. So I confided in my parents regularly about my sense of loneliness and desperation.

On the morning of 9/11/2001, as I sat in a hotel conference room receiving training in telecommunications, my cellphone began to ring non-stop. First my mom, then my dad, and then my sister-in-law. I noticed other people began looking at their phones too, but we didn’t want to be rude and step out of the class. Finally, someone from the hotel came in the room and shared the awful news.

We watched history unfold on the hotel lobby television. The only thing we could do was sit there in shock. My thoughts drifted to my fellow service members. My brother was in the middle of the Persian Gulf serving on a Navy ship and here I was in Dallas feeling guilty that I wasn’t somewhere in the Army doing anything I could to help our great nation. I knew that day I had to get back in uniform fast.

Within a week of the 9/11 attacks I was in my car and on my way to Fort Sam Houston in San Antonio, TX, determined to sign up for the Army Reserve. I thought for sure they would bring me on active duty and I’d get to go help in New York City or Washington, D.C. with the disaster recovery. Of course it wasn’t that easy, but I did start the paperwork process to transition from the IRR to a regular drilling Reserve unit. As I impatiently waited for my military paperwork to process, I was genuinely excited to join the team again; yet, I also felt forlorn because I was chomping at the bit to get out there and help out my nation in the best way I knew how, the way it needed me most.

Nearly four months later, I finally attended my first Army Reserve battle assembly. After the first few hours back in my boots, I was back in my very happy place. Since that time, I’ve consistently served as an IMA, TPU (mobilized twice), or AGR Soldier. Being back on the team gave me a strong sense of purpose and belonging. The terrorist attacks of 9/11 were absolutely horrible and changed our world forever; however, I can also see how it made me appreciate and realize how much I missed being part of something so much bigger and more meaningful than myself.

During my first four years back in uniform, I planned and supported humanitarian and civic assistance missions in Central America. We built schools and clinics and provided medical care for thousands of people. It was so humbling to watch those with nothing be so grateful for so little. I was conducting a humanitarian mission in Belize when the actual war kicked off in 2003. I vividly remember standing shoulder to shoulder with the joint military service members with a lump in my throat. I regretted that I was not helping in the Middle East, but I also knew the value of the work I was doing, and that I was where I supposed to be.

My path back to the Army may not have been ideal, but I’ve thoroughly enjoyed my second chance. I’m grateful to fully understand just how much being a service member meant to me and how important it is to me to give back to my nation and to the communities I belong to now.

It’s been almost 15 years since my return to the Army, and I continue to serve because I feel like I’m surrounded by teammates that share similar goals and beliefs. Today, with the help of veteran support organizations such as The Mission Continues, we are very aware just how important it is to belong to a team that allows you to feel “normal” and a “sense of belonging” and part of something much bigger than yourself.

In a few years, I will hang up my combat boots for a second time, as I imagine the Army Reserve will make me retire at some point (2024). This time, I will be much better prepared for the transition out of my combat boots. I will be able to get more engaged with my service platoon in Houston or whichever city I land.

The camaraderie we share in the service platoons and during the service projects is so precious and unique. It is so good for my soul. I know I will continue to serve — only this time it will be in a different uniform. Next time, I’ll own my transition and be excited about what is in front of me, knowing I’m surrounded by my brothers and sisters who understand what makes me tick!

But for now, I belong in the Army Reserves, and I’m going to savor every day of the experience. I’ve learned that my hesitation to leave my uniform behind some 17 years ago was because I truly enjoy being a soldier and a member of a great team that seeks to make a better life for others. I look forward to my time on duty. It is part of who I am.