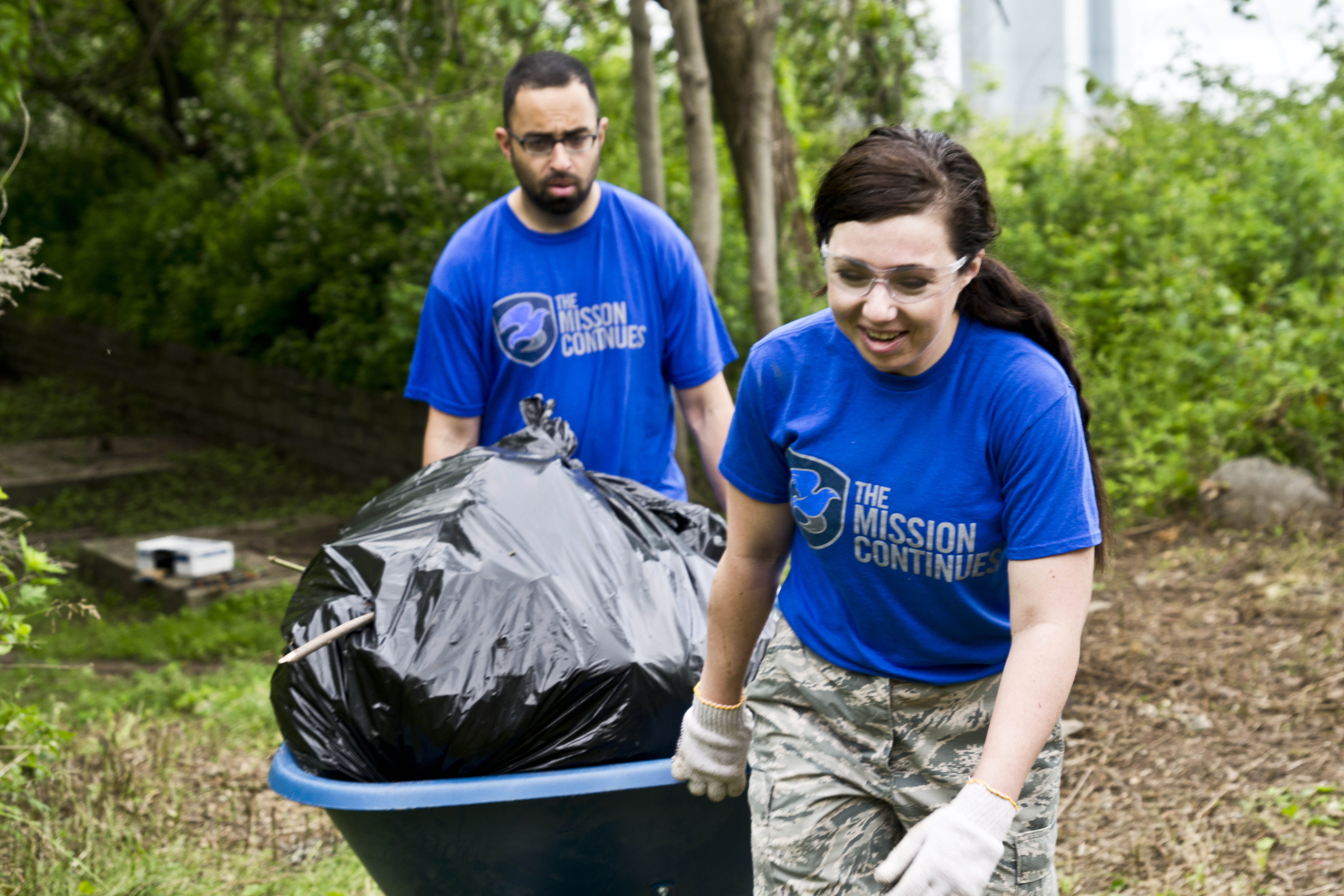 Blazing Trails in Our National Parks 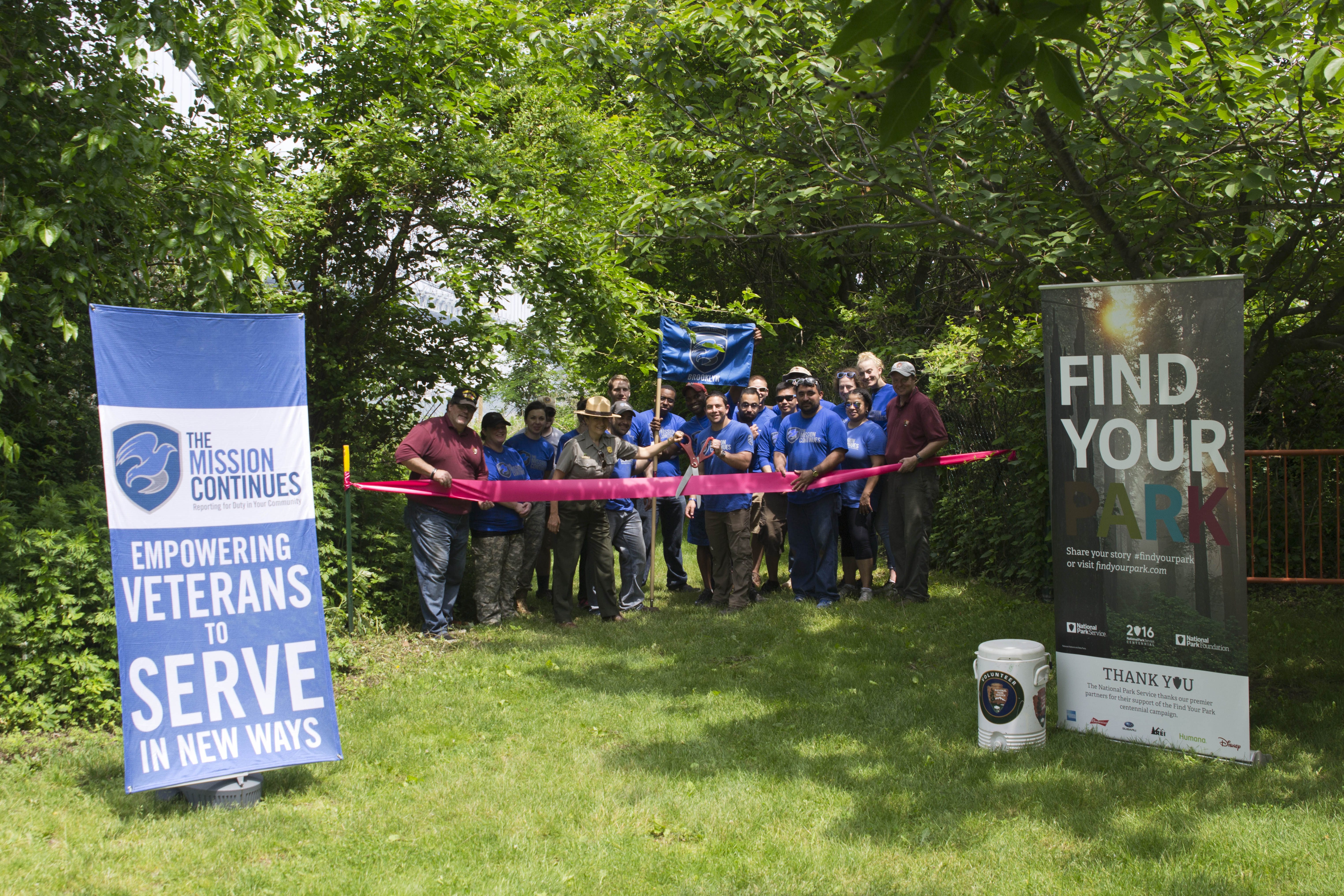 Our nation’s national parks were originally protected by the military, and for the past few months, The Mission Continues New York 3rd Platoon has continued to do just that. The platoon has sustained involvement with the largest national park in New York, Gateway National Recreation Area, which is home to both wildlife and historic forts.

Together, they have protected New York Harbor for over 200 years. Today, they remain among the oldest military installations in the country. To preserve this rich history, platoon members have worked over the past few months to rehabilitate a nature and history trail within the park. This trail, which has not been open to the public for decades, can now be used in educational tours that are the backbone of interpretation at the park. As the summer tourist season is about to begin, the opening of this trail could not have come at a better time.

The final leg of this mission was completed last weekend on National Trails Day, as the platoon gathered to complete the Battery Barbour trail and hold a ribbon-cutting ceremony. Gateway’s Superintendent, Jennifer Nersesian, thanked The Mission Continues for making such a trail possible, saying that it will help make the educational tours a more dynamic learning experience for visitors.

The platoon members who came to work on that sunny, humid, Saturday morning were diverse in their life stories, experiences, and ambitions. The day was spent sawing branches, hauling organic debris, and tackling invasive plants. Platoon members also took the opportunity to get to know one another. Across the park, conversations could be heard ranging from reminiscing about the past, to sharing ambitions for the future, to digging deep into the latest sci-fi films. 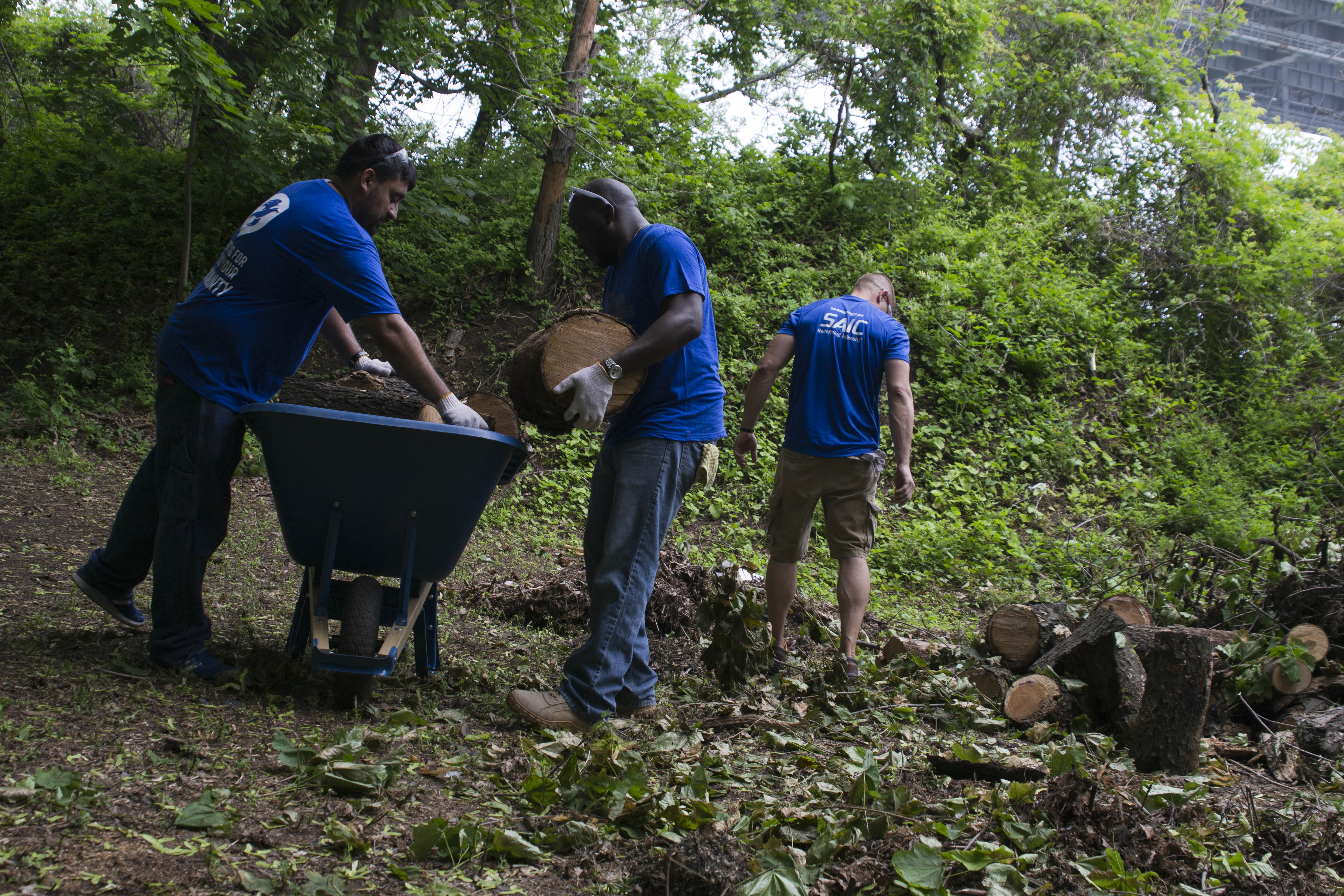 One thing they all had in common was a love of service. Daniel, who has volunteered with The Mission Continues before, explained why he keeps coming back. He said that he wanted something meaningful to connect to, “I was looking for a need — I wanted to be useful again. Really, I was looking for continued purpose.”

Raphael, a Navy veteran, who brought his girlfriend along, said that The Mission Continues felt different from the other groups he’s tried volunteering with. He said, “The Mission Continues is welcoming and open to everybody. I’m trying to recruit a lot of other friends too — they’ll like it!”

While many had participated in previous projects, for some, this was their first time with The Mission Continues. Luke, a national park enthusiast, said, “I’ve been here before, but not as a volunteer. I love this place. It’s truly a hidden treasure.”

Another first-timer, Carrie, she said joined because “I like park revitalization, I like to get my hands dirty, so it’s fun,” and added, “I recently applied to the Marines, and have been talking to people about training. I’ve always wanted to serve to do something more meaningful with my life.”

The platoon wanted to make sure the Battery Barbour trail will be a fixture in Gateway, not just something “nice” that lasts until the weeds take over. Platoon leaders worked with Youth Coordinator Larry Calhoun and Volunteer Coordinator Keith White of the National Park Service to ensure that we leave it in good hands. Various programs taking place within Gateway, such as the Youth Conservation Corps, will maintain the grounds and continue to make it a better place.

The Mission Continues has American Express to thank for their support of projects such as these, not just in New York, but in national parks throughout the country. We are thrilled to see how our work has begun a cycle of service that engages youth and enables them to develop a stronger connection with the country’s veterans, nature, and history.

Try out your local Service Platoon at an upcoming service event near you or apply for a fellowship. You can learn more about our programs on our website and stay updated on the latest news and announcements on Facebook and twitter.