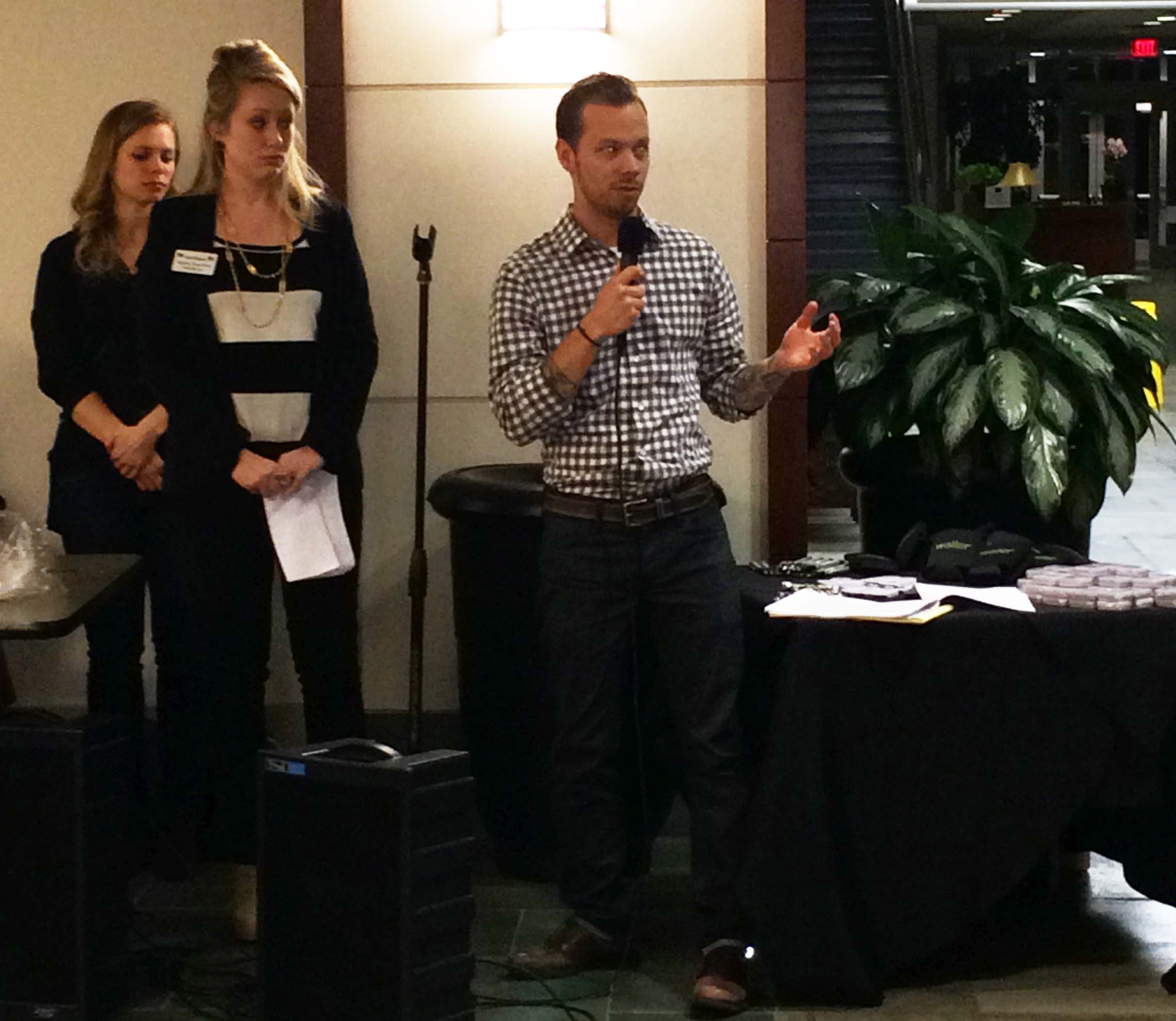 As a kid, the reason you join the military is usually born of some desire to have an adventure or escape; that was my reason at least. Being a teenager in Philadelphia with limited opportunities for college atop wanderlust and a shortage of an appropriate fear response, the military was all too appealing. I was sufficiently satisfied with my first experience in the military: five years in the United States Navy aboard a giant floating city that seemed ever deployed to blue-green seascapes and foreign shores.

I was truly sad to separate from the life I had cultivated in the Navy. It was a world steeped in tradition, romance and adventure but I felt as though I had done what I came to do and now I should be moving on to things that were “normal”.  However, after just a few months of “normal” I found myself meeting with an Army recruiter.  I sat across the desk of a man who was anything but camouflaged in the all-gray maze of cubical partitions and Army recruitment posters. He feverishly tip-tapped on a computer looking for an opportunity that benefitted both the Army and myself — but mostly the Army. 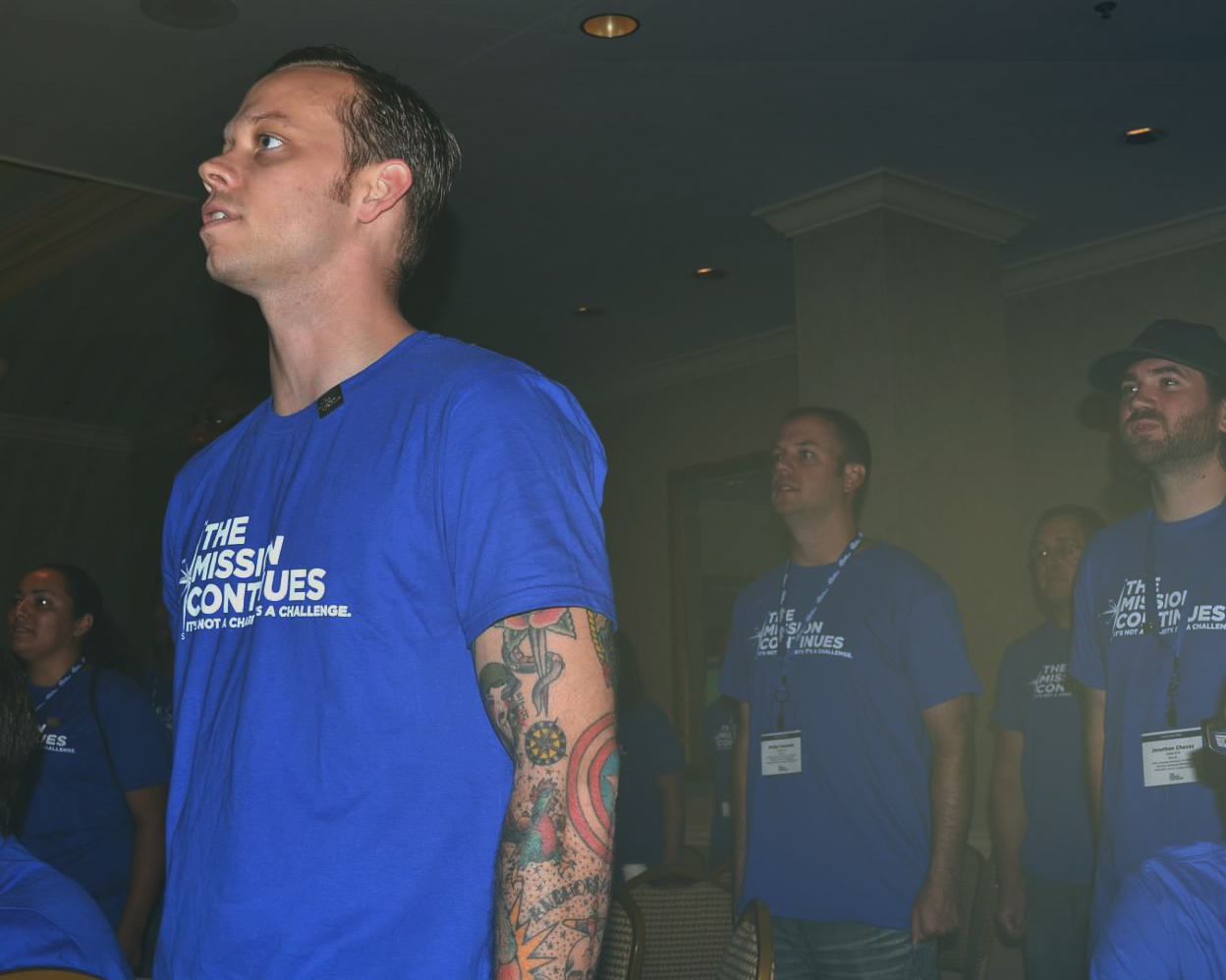 I had a difficult time trying to bridge the dissonance as to why I was there. Why would I again be joining the military? Was I bored, directionless, poor? Well, yes, all of those. But there was something buried deeper that I was less prepared to articulate, and still find to be almost entirely indescribable. So there I was, two weeks later in Fort Knox, Kentucky, sweating to death and violently slapping the mosquitos from my flesh as I marched, ran, crawled, jumped and charged through “HIP-DUCK” confidence course, up “Misery” and down “Heartache” cursing myself with each bursting blister. Why!? Why was I volunteering to do this to myself? I knew I was going to get deployed, I knew there was nothing but variations of hard road ahead, I knew this — all of it, I knew — yet still I put pen to paper, made my mark, and shook the hand of a giant green-clad recruiter and smiled in relief.

Four years, several hundred ass-chewings, and a million miles of physical training later, I was out again. And dammit, I was at the recruiter’s office … again.  This time it was the Tennessee National Guard.  I would love to tell the story of how in the world I wound up in Tennessee, but I think the Internet has a word limit and the story just wouldn’t fit.  Regardless, there I was in the parking lot, just looking down the row of offices in the strip mall: Navy, Army, Marines and Air Force — all ducks in a row with skinny kids moving in and out of offices, some with parents in tow, some alone. I stood for a few moments trying to connect the dots that lead me here and it all started to fall into place. I felt responsibility.  Not a punitive responsibility like that of having to get a job done on time or face the wrath of an ornery platoon sergeant, but an urgent, magnetic pull to be present.

For a long time I thought the reason I was so compelled to be in the military was because it was all I knew, which, in its defense, was true.  But it wasn’t until recently that I was able to develop the language to properly describe that compulsion.  Even now, though, I’m still not entirely sure that the words I have can describe it justly.  Let’s just call it “accountability”.  We all know the golden rule: leave no soldier behind.  As cliché as it sounds, I felt that that is exactly what I was doing each time I would separate from the military; I was abandoning my comrades.  Without my knowing, the military had ignited in me a fire with an insatiable appetite to fight. Not just for a war but for those who fought wars. I had a tremendous and heartbreaking calling to be there for soldiers in every capacity. I could feel it tugging, if not tearing, at my insides. Someplace there was a young man or woman from nowhere U.S.A. who was confused and scared; who was embarking on a path that was unspeakably terrifying and I knew that I had a tested ability to guide them.

But could I do that from my couch?

Because of an illness related to my last deployment, I was considered no longer fit for military service. Needless to say, I was devastated. It took a very long time and extensive amounts of counseling for me to finally come to terms with the fact that I would no longer be able to serve, and for a while there I was utterly lost. Months started to pass and I would hear from my soldiers as they were preparing to deploy again. Correspondence would come from APO’s and AKO’s addressed to SSG Thompson and I would whimper as I read of firefights and IED’s, promotions and demotions, etc. I was totally impotent.

Through my own counseling and recovery, I eventually discovered there was a way I could still engage with soldiers in a way that was important and valuable: through counseling.  Through my own misadventures with Veterans Affairs, I became an expert in navigating the system and learning the benefits.  Soon I was meeting with other vets and helping them navigate the maze of benefits and programs.  Eventually I started to witness those men and women move from a place of stagnation and confusion into a life that was again meaningful and productive, and I found purpose.  Not only did I feel valuable again but I felt on fire with an immense passion for a whole new community.  I was able to deduce that counseling soldiers is really no different than counseling veterans.  The confusion and fear that existed in both communities was almost identical — and I could help.

Essentially what I’m trying to say is that the military taught me a lot more than how to clean a rifle and march in rank and file. It taught me that I had the ability to evoke change in people’s lives.  I feel that each of us who — for one reason or another — decided to raise our right hand has in us a courage and a purpose that could not be contained in a regular existence.  I know that inside me burns a fire that when properly focused could illuminate the lives of those around me. And I know that same fire exists in each of us who swore the oath.

I went to war and brought some of that fight home with me, and I’ll be damned if I don’t fight just as hard here and now as I did then and there.  I’m accountable, always.

Matthew Thompson is an alumni of The Mission Continues Fellowship Program. He served his fellowship with Operation Stand Down in Nashville, Tennessee.