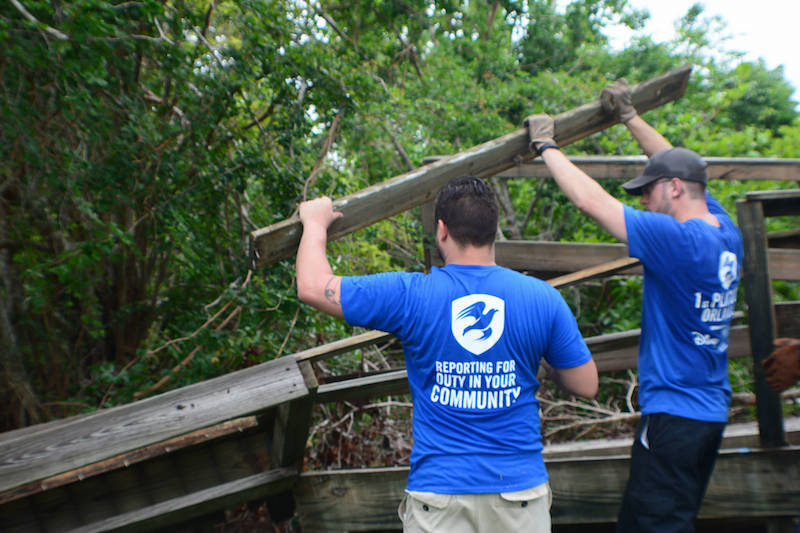 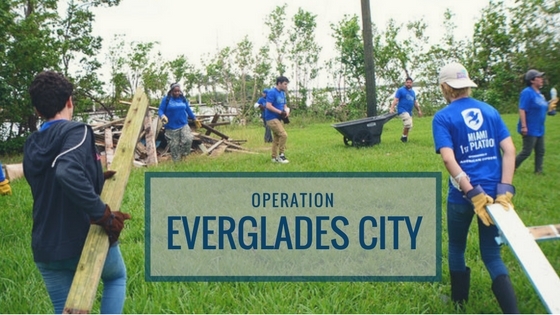 During the weekend of October 27th-29th, a group of 30 veterans and civilians converged on Everglades City, FL, a small fishing community of roughly 400 residents. With a quarter of the community’s homes destroyed and deeply damaged by Hurricane Irma, our volunteers arrived with donations, tools and an unwavering spirit of service.

For the past two months, Floridians have faced the adversity of preparing for and recovering from the destruction that Hurricane Irma left in its wake. Measuring 650 miles wide and with storm force winds eclipsing 185 miles per hour, Irma was the strongest recorded storm in the history of the Atlantic.

With millions of residents without power and shelter, and thousands more with homes damaged and destroyed, the veteran leaders of The Mission Continues showed us once again why they are our country’s heroes.

Recognizing that the whole is greater than the sum of its parts, veteran leaders and volunteers from our Service Platoons in Miami, Broward, Orlando and Tampa decided to join forces and pool resources to maximize their community impact in a community that is outside their normal purview.

Nadja Cockrell, the platoon leader for Tampa 1st Platoon, gathered ten women to drive together to Everglades City for this project. As a veteran she dealt with PTS and TBI after separating from the military, with, as she said, “no direction on what’s next in my life.”

She explains, “It’s hard for a service member to go through such a high sense of purpose, then get out and go work at a bank. The Mission Continues provides some with a sense of purpose again and the avenue to help people.”

“I feel like as women we get overlooked, constantly hearing others comments to us thanking our husbands for their service, assuming we did not serve ourselves.  I want the communities to see that there are some kick ass female veterans that have served and are still serving!” 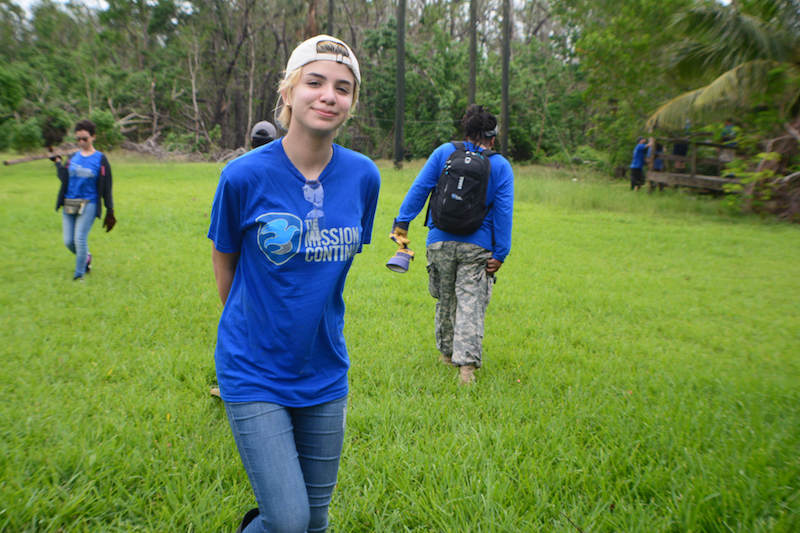 The team of women veterans — some with their daughters — drove to Everglades City to participate in this all-Florida force. 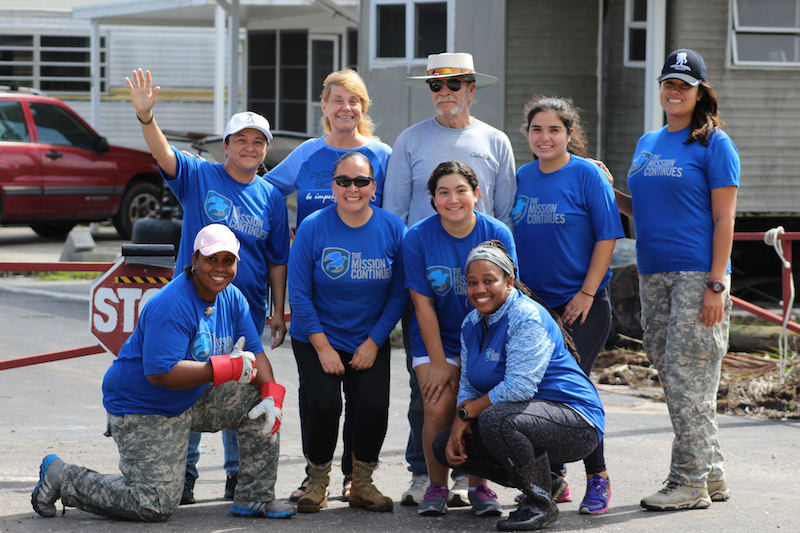 Nitza Rivera is one such veteran who brought her daughter. Nitza reflects, “I think it is important for our daughters to have role models.  Watching her over the past several projects I have noted her sense of confidence grow.”

“I have learned that as a parent, sometimes you teach more by doing than by demanding.  It’s such a great feeling to be proud of your children, but it’s an even bigger feeling when they tell you how proud they are of you,” Nitza said. 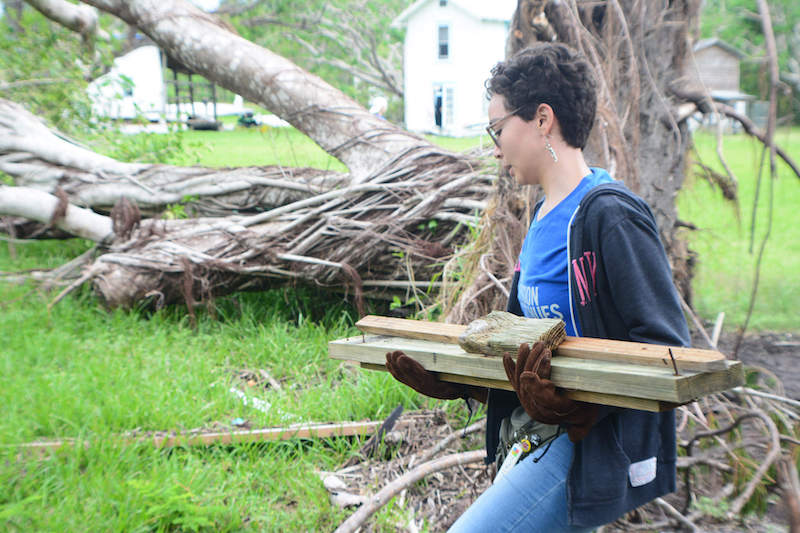 Like Nadja, Nitza hopes that people “seeing this group of ladies come together and kick some behind validated the fact that women are just as capable as men to get the job done.”

This project was meaningful to Nitza on another level too. “This project was especially important for me because I cannot be in my home of Puerto Rico providing relief. To be able to come out and provide relief in my second home of Florida gave me an opportunity to pay it forward for all the volunteers selflessly aiding and restoring our little island back to its old self.” 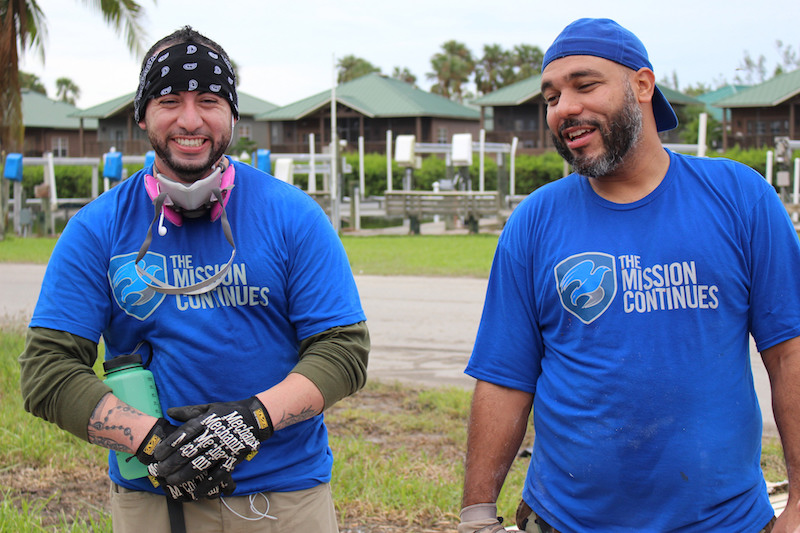 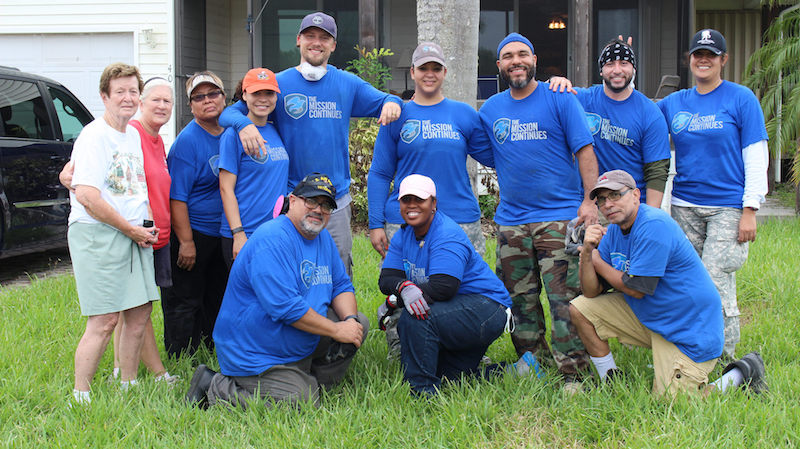 The team split into two groups — 15 people to pull out drywall and muck out homes, and 15 people to voyage with the National Parks Conservation Association (NPCA) to the Outward Bound School, an adventure & sports nonprofit, to help demolish broken structures and pull in debris that had speckled the landscape. 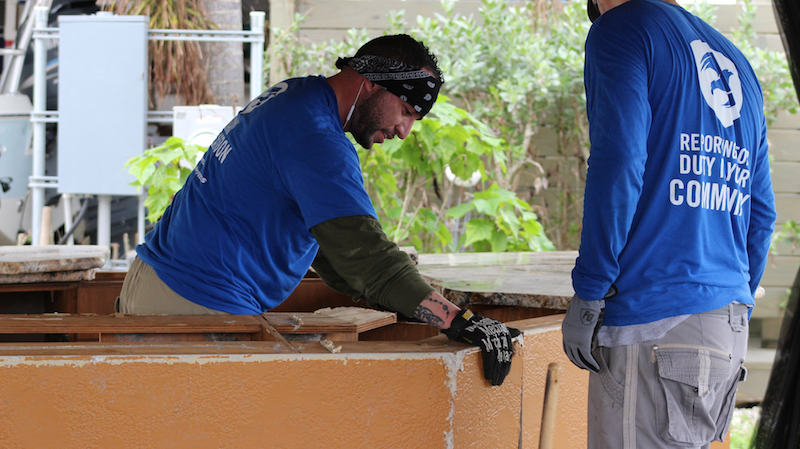 The Results of Operation Everglades City: 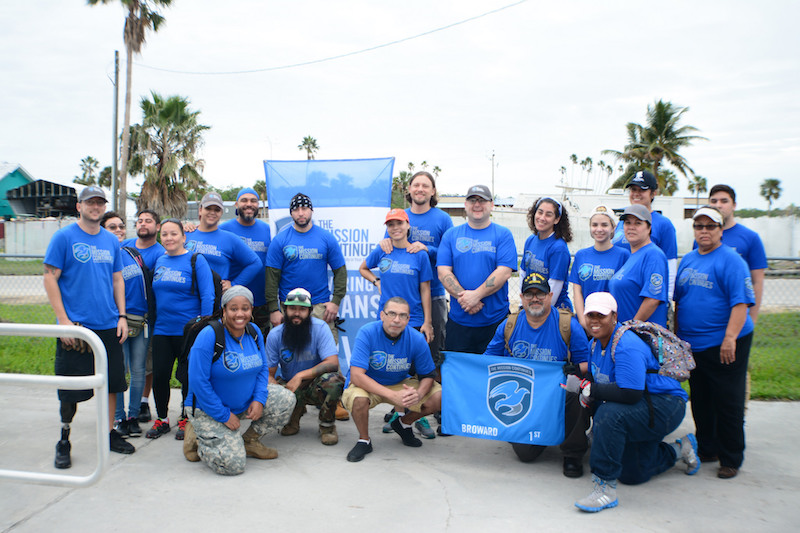 Big thanks to everyone who came out to the project!