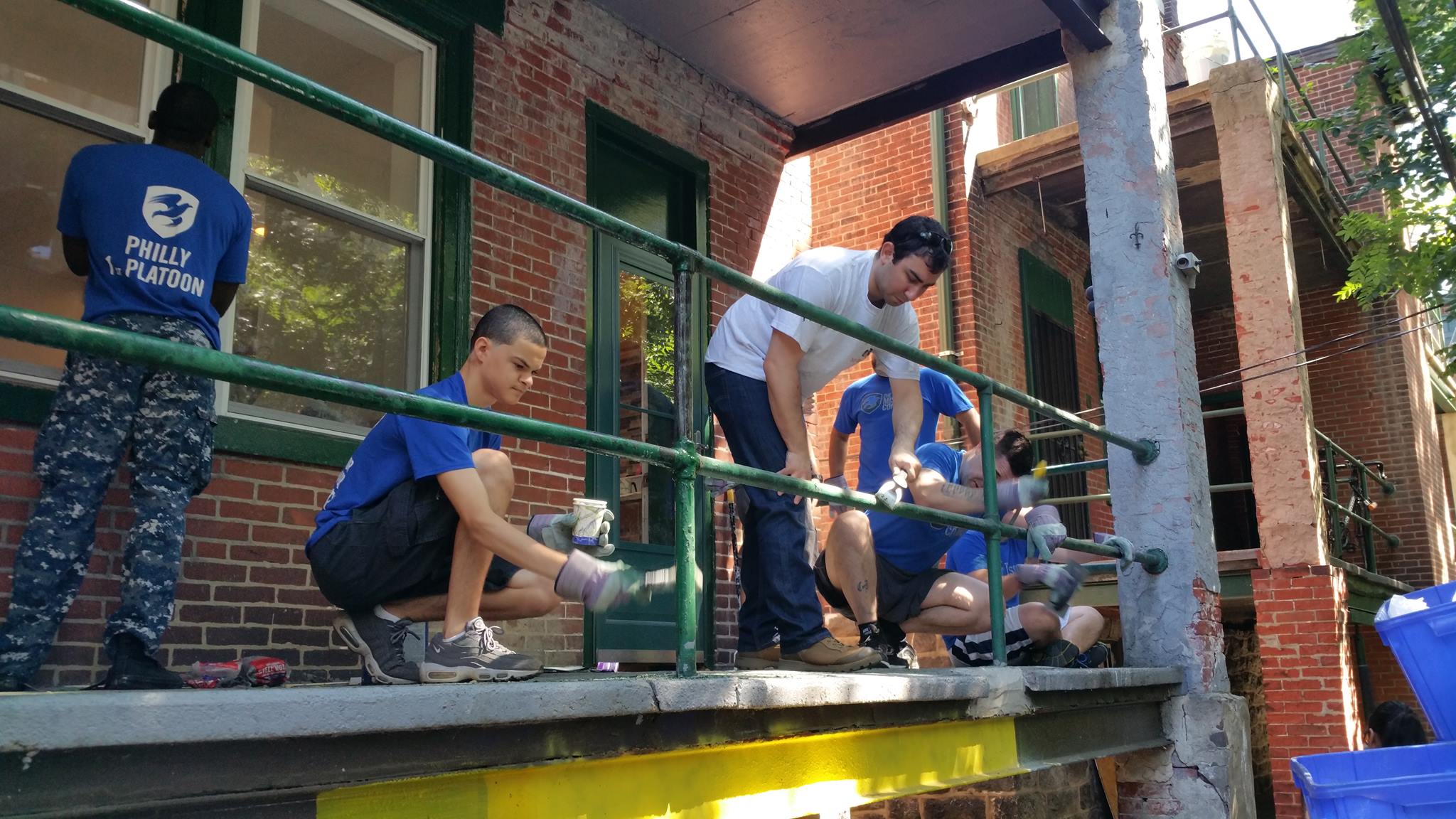 Father and Son Serve Side by Side

I am not sure if he just enjoys being awakened at 3am on Thanksgiving morning to help load dinners into trucks for the Salvation Army. Does he enjoy the smell of wood being cut under the blade of a circular saw? Or is it the opportunity to be trusted with the smart side of a tape measure?

He has no military training or extensive resume, he holds no professional licenses nor does he have a background in leadership training. In fact he is barely old enough to drive; he is my youngest son Isaiah, but we call him Zay. I did not always know the reason, but Zay has been by my side for each and every Service Platoon event. 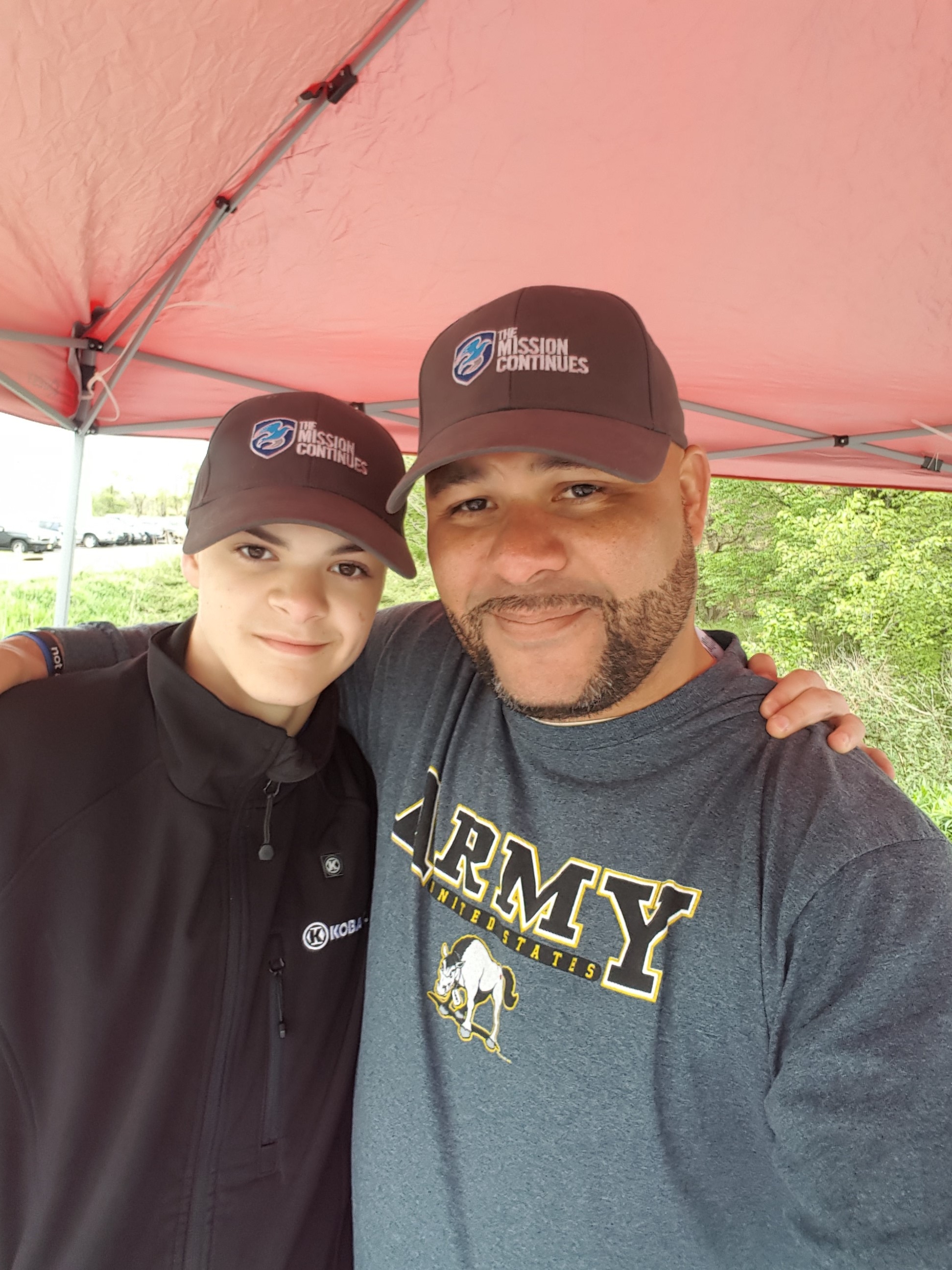 Truth be told, on more than a couple occasions he was the only person by my side. I can remember during a fence project in December 2015, he endured the cold and freezing snow and helped me and only two other members set posts for the fence. Not once did he complain or ask the question we all were thinking, “Why am I outside right now!?”

In November 2014 I was invited to lead a team of 100 veteran volunteers in Philadelphia with The Mission Continues. However, the team had not been active for more than six months, with many of the members either having lost interest or moved on.

With my work cut out for me, I recruited nearly 50 volunteers, established partnerships with other organizations, and was able to re-engage stagnant members, all in under a year. Now, the Philly 1st Platoon has collectively completed over 900 volunteer hours, finishing over 12 community service projects in 2015 alone. During this time, I have come to admire Zay as a young man.

To fully understand Zay, you need to understand a very dark period in our family’s lives. Shortly after my deployment in 2004, my second wife and I divorced. I already had custody of my oldest son from a previous marriage. Prior to my deployment, Zay spent majority of his time with me. We would watch football games together, play videos games together, and sit on the couch and just talk about everything and anything. 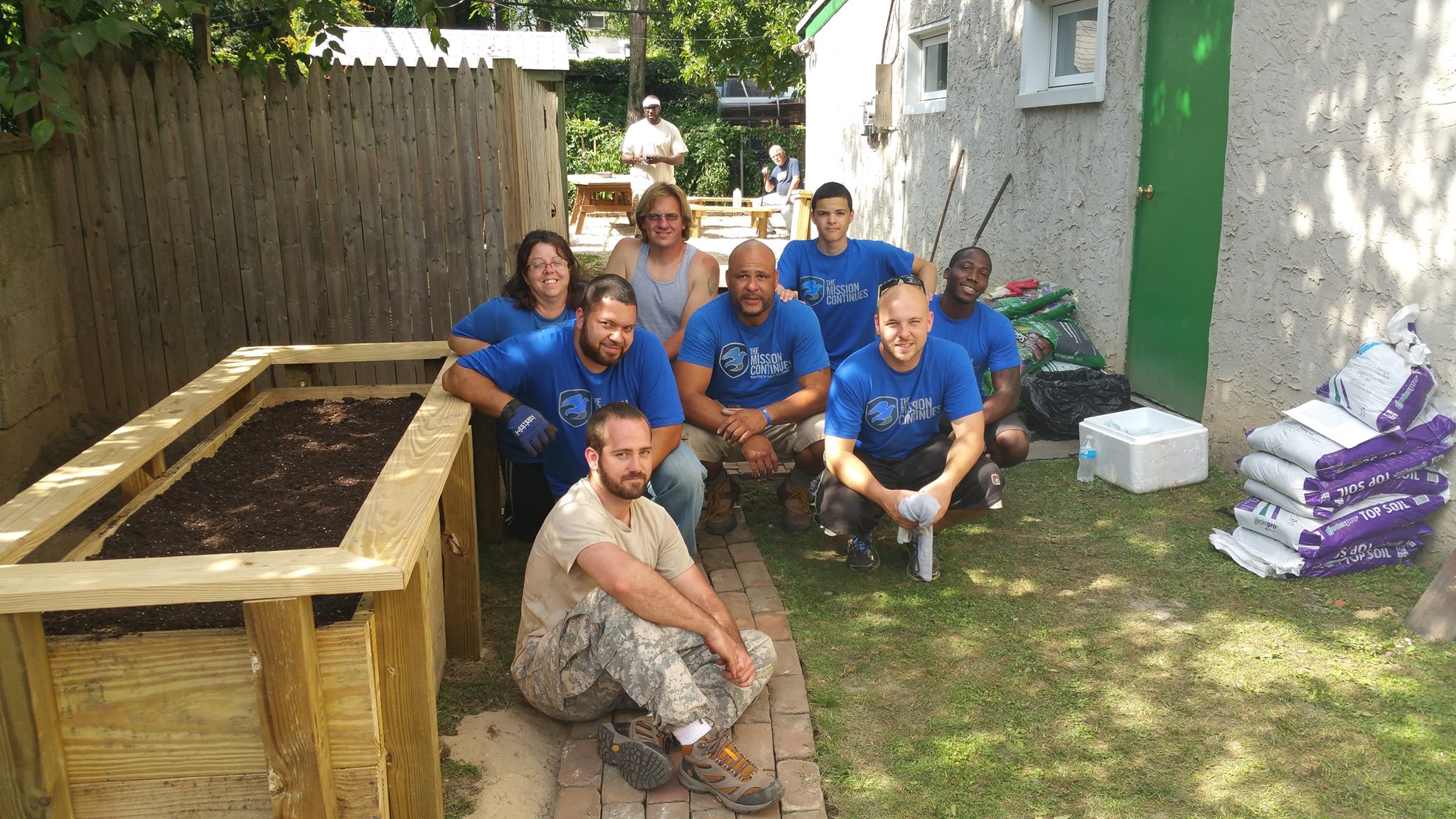 He was deeply affected by the divorce. He suffered from depression and behavioral problems in school. It was a trying time in all of our lives and the feeling of uncertainty was always present. He seemed to take the divorce the hardest, and tells me he still tries not to think about it.

Divorces are hard enough, but coupled with the rigors of a military lifestyle, it can be truly brutal to a child. Even as an instructor, somewhat safe from the ever-present threat of deployment, I still found myself traveling frequently on Temporary Duty Assignment, which caused me to miss multiple weekend events, birthdays, and other family events.

When I found myself as a civilian again in 2013, I made the best effort to be a big part of not just his life, but the lives of my 3 other children. Times seemed to be good again as I did my very best to make every moment count, in a desperate attempt to make up for lost time.

However, by 2014 I once again had a full schedule of service projects, school, and a full-time position as an executive director for a nonprofit with a mission to help empower homeless veterans.

I remember thinking that the best way to spend quality time with Zay was to take him on an occasional Mission Continues service project. At least that was the idea at first, but it would quickly turn into every service project, along with a lot of my fundraising events. He has told me he looks forward to them, and as I watch him roll up his sleeves to pitch in any way he can, I believe it. 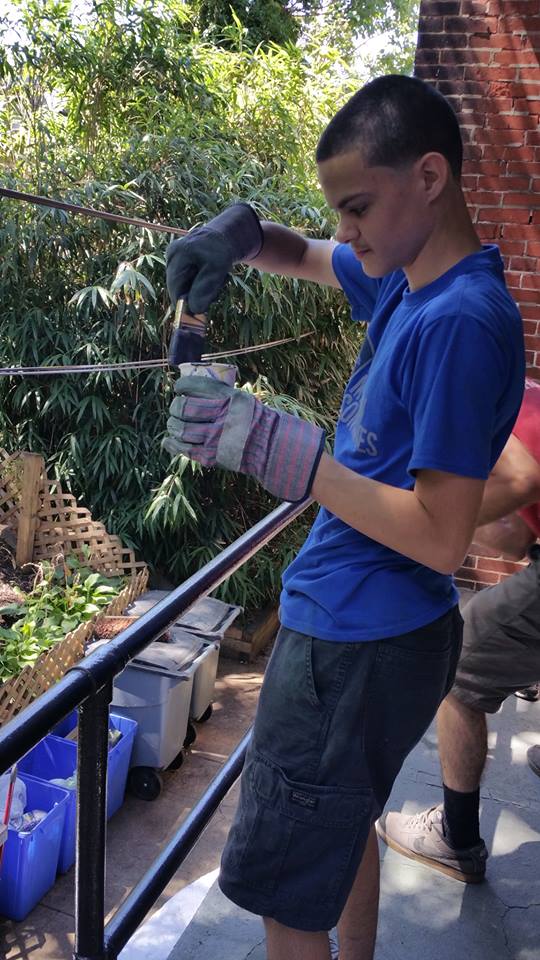 Today, Isaiah is doing well in school, maintaining an A average. He plans to apply to University of Pittsburgh and enter the Air Force ROTC Program. As for the Philly 1st Platoon, we are seeking to expand its area of operations into a neighborhood called Kensington. We also hope to launch a Camden County Platoon in neighboring Camden, New Jersey in 2017.

During my time as a Platoon Leader I have learned that there is still good people in this world. It makes me exceedingly proud to know my son is one of those people. Selfless service and community impact has provided me with more than I could ever repay.

So the next time you have a service project and could use another hand, look to your son or daughter and say three magical words: “I need you.” You may be surprised by their response.