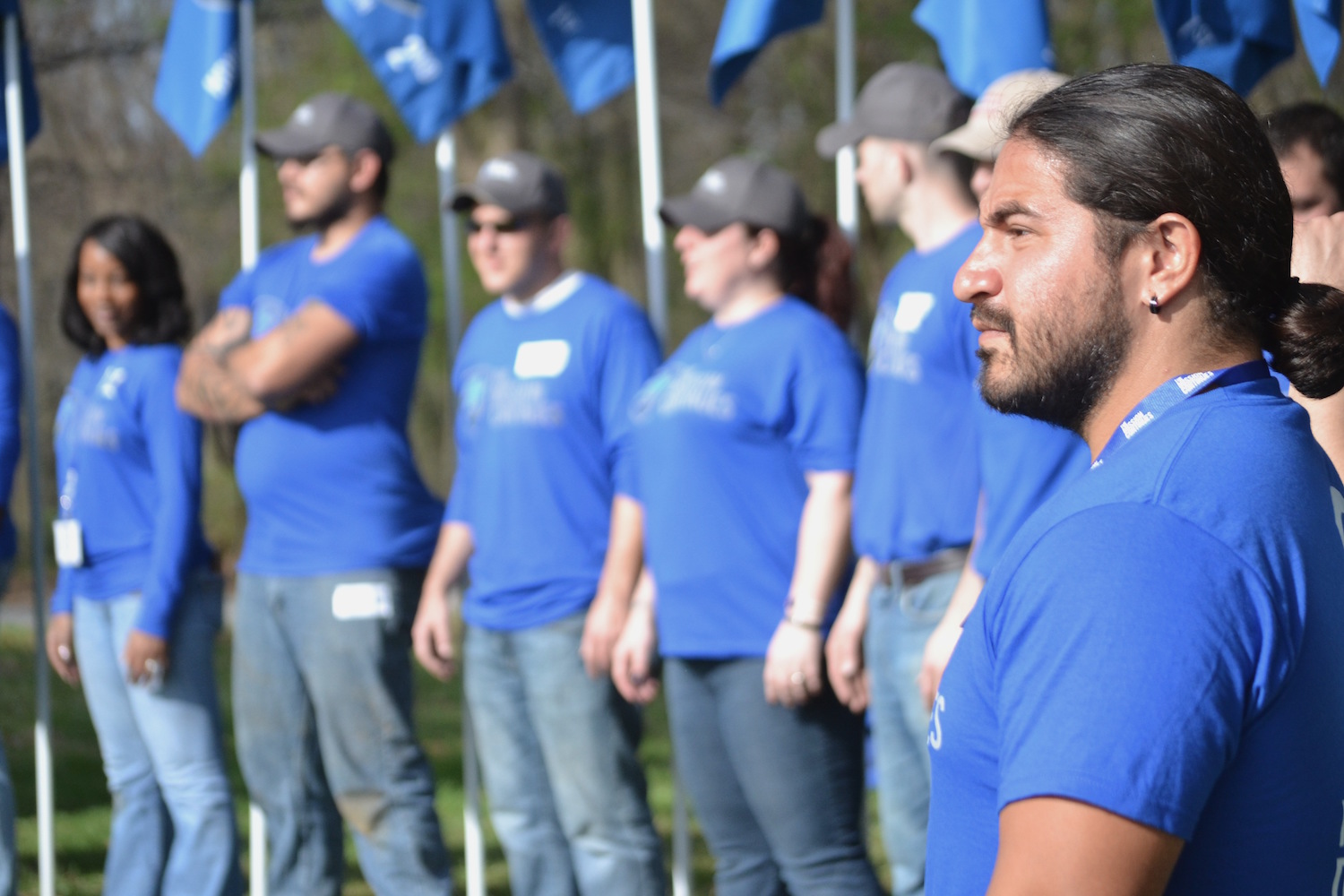 Honoring the Fallen in Our Fellowships and Beyond

As part of our fellowship program, we invite fellows to dedicate their six months of service to a fallen hero. In honor of Memorial Day, some fellows were willing to share what they wrote — who they are honoring and why. The following is a selection of excerpts from what we received.

Arick Tarr was such an attractive person to be around, he was always positive and constantly provided a better way to look at things. Every time you were around him he would compliment you in some way and would always take the opportunity to empower his friends. He was the type of guy that could get you hyped for anything, the life of the party.

It was an earth-shattering shock the day our mutual friend came into my room and told me that he’d just found Tarr hanging in his closet. We had just seen each other the night before and everything was normal, we were partying and having a good time.

For a long time I carried that memory with me and had a lot of fear surrounding the whole thing. If one of the greatest, nicest, and seemingly invincible person I knew could get to that point, then what about me? If he got to such a dark, hopeless point in his life, then what about the pain that I was feeling? What about the pain the sleepless nights, the late night panic attacks where I would cry myself to sleep and not know why? What happens when the peer that you look up to most, the source of your inspiration, kills himself? I feared that I could get there too.

I carried with me this fear for quite a while. It wasn’t until I went to a program called Save A Warrior that I realized that I could use once again have my buddy Tarr as a source of inspiration. I realized that a lot of us in the military are suffering a lot more than we let on, that we have got to change the culture. I got past my fear that I would descend to the depths of depression and anxiety that would lead to suicide. I decided then and there that I would turn my mess into my message. That I would show other veterans that it’s ok to be vulnerable, that there are resources out there for them, and that they are not alone.

While I was at Save A Warrior I met a friend that introduced me to The Mission Continues. I started looking into them and started networking with local organizations that I could serve with, which is how I came across The Veterans Directory (TVD). The mission of TVD is to provide a comprehensive, user-friendly, web-based directory of services that benefits military veterans and their families.

Their mission really speaks to me because I spent countless sleepless hours surfing the web trying to figure out what was wrong with me and looking for alternatives to the treatment I was receiving from the VA. The treatment I was getting from the VA was just one anti-depressant or anti-anxiety pill after another, which all seemed to make things worse. On one pill I would start getting hot flashes and nightmares, the next I would feel like a zombie, then unable to sleep, followed by a struggle to wake up. All the while, my health kept degrading, as did my mental state.

I now have the opportunity to find those veterans who are searching for something, searching for help or a way out and provide them with the resources that they need. Along with the listings of resources we have on our website at TVD, I am also being supported in creating a holistic healing curriculum that marries my volunteering with what I am studying in school. I am creating a nutrition program, a mindfulness program, as well as a yoga program to help veterans heal their mind, body, and soul. These will all eventually be online-based programs that empower veterans to do the work, to take the reigns and improve their health.

Once I have healed those who were once called to serve, they will be able to serve again, my work is but a ripple that has the potential to become a tidal wave of positive impact across my community.

I would like to honor CSM Eric F. Cooke during my fellowship. My first interaction with CSM Cooke was when he was a 1SG at my first duty station. I was fresh out of basic training and even though I had earned my title as a soldier, I was still immature and wet behind the ears.

I was constantly insubordinate and on the verge of being chaptered out under failure to train. Although my performance and efforts were poor at best and borderline stupid at worst, CSM Cooke saw potential in me, and although he disciplined ruthlessly, he took me under his wing.

Under his mentorship he taught me what it truly meant to be a soldier, and what it took to follow. Our relationship developed from soldier and leader to a type of father-son relationship, as he continued to mentor me and mold me into a solid leader. He taught me the importance of what real leaders and NCOs commit to, and the burden of managing integrity and putting mission and soldiers above my own needs.

Throughout my 12 year career, CSM Cooke kept me under his wing. If not for CSM Cooke, I believe I wouldn’t have lasted a year in uniform. If not for CSM Cooke, I would never have been prepared to lead soldiers and keep them safe during rotations from Afghanistan to Iraq. Eric had a way of making every soldier feel inspired to do great things in service to our country. I have never served with a greater leader who was able to embody the NCO Creed.

As a CSM, Eric was never obligated to go outside the wire, but he did. Constantly visiting soldiers no matter where, FOBs, LPs, Ops, Retrans Sites, LRSD CPs. Hell, even assisting in combat operations. He always demonstrated that being a grunt always came before rank. He once said, “What good is it to be a CSM if you can’t still get down and dirty with the troops?” That’s who he was.

Unfortunately, that’s what caused him to make the ultimate sacrifice for his men, his unit and his country. CSM Eric F. Cooke was KIA’d from an IED one Christmas Eve while visiting troops at different locations. Yet his impact and philosophy will be imprinted on every soldier who had contact with him, for the rest of our lives.

Captain Jacobsen was the first patient I lost to Mosul. He was a kind man. He took care of his soldiers. He died a needless death, and it wasn’t on the battlefield. He was eating his lunch and someone decided a chow hall was a good place to bomb. We lost many people that day, but Captain Jacobsen came to my trauma bed. He had no exterior wounds. He was unconscious and barely breathing. I put an airway tube down his throat and mechanically ventilated his breathing. I put an IV in him to help stabilize him. He was taken to the air-lift. Just before we packaged him, I checked his eyes again to see if he can be woken up. When I put the light to his pupils, they rolled back into his head. I knew this was not a good sign.

Later I heard he did not make it. I still don’t know if there is anything I could have done to change the outcome, but guilt stays with me day-to-day.

Over the course of my year in Mosul, we lost another 15 brothers. When we came home, we lost another to cancer and two more to suicide. Most of them I did not know well, but enough to know they were good people–good infantry soldiers and citizens.

They have made the sacrifice and I am here alive, trying to figure out what it is that I am supposed to do in their honor. I don’t pretend that I do this for them. Far from the truth. I do this for myself, because they made me who I am today. My motivation to leave this place better than I found it, my whole worth and opportunity to make a difference, all came from these brave men and other men and women who gave their lives. For what reason, but to allow me the chance to ask that eternal question.

I wish you a good Memorial Day Weekend and that you make the day worth its weight. Many have given their lives: friends, family, and strangers, all for some remote hope that human beings are capable of better things than war.

As I was writing this, on May 25, 2017, the Deuce Four family lost another brother-in-arms, Matthew Gregg. He was a medic and will be missed dearly. May you rest in peace, friend.