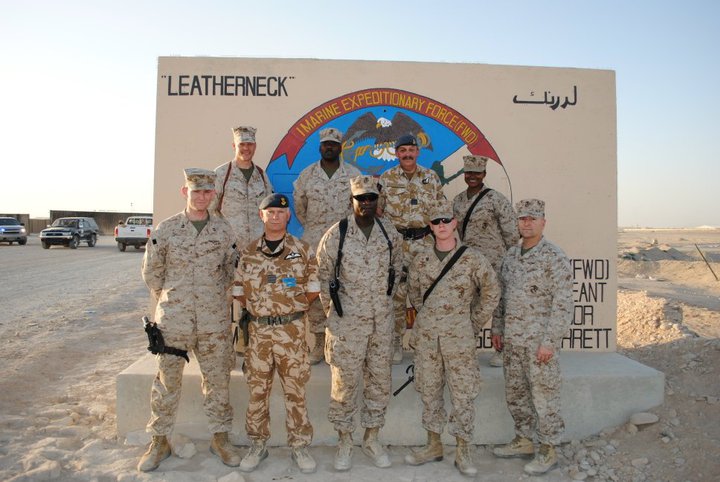 The author, top right, in Afghanistan.

“Honor. Courage. Commitment.” Say those three words and any Marine will tell you exactly what they mean. They may still have their red card emblazoned with these words from boot camp in their wallet.

For me, those words took on a different meaning during my eight years in the Corps.

Even at the beginning, our drill instructors made sure to tell us of the preconceived notions male Marines held regarding female Marines, and that our reputations were to be protected at all costs. I was one of the most motivated recruits in my platoon and was selected to become a squad leader of our platoon, which led to a promotion. I felt squared away and competent.

So imagine my surprise when a male instructor cornered me during a medical check and tried to kiss me. It was an awakening that the Corps that I had envisioned was different than reality and much closer to the real world than I wanted.

Where was the honor in his behavior?

I certainly lacked the courage to do anything about it. I was a boot. I wasn’t even in the fleet yet, so there was no way I was going to rock that boat. So when my instructor asked for details, I told her it wasn’t a big deal. I just wanted to let it go.

The remainder of my enlistment came with more instances of sexual harassment. Each time, I let it go or handled in the way I thought best, which usually meant a snide remark or completely ignoring the offender. It felt like I had only two options: get labeled a bitch or a snob, or I could be a whore. I had to go with the first one.

I left for school in the Bay Area when my enlistment was up, and tried to fit in, but no one really got me. No one could understand why someone like me would ever want to join the Marines, of all branches. A lot of people I encountered had no idea there were female Marines to begin with, and many guys assumed females only joined for the abundance of sex we were undoubtedly offered.

Unfortunately my case isn’t unique. A survey by The Mission Continues found female veterans faced unique challenges in the service, like sexual advances by superiors and fewer advancement opportunities. When women leave the military, their service isn’t respected the same as men. I certainly felt that way.

There was a dismal veteran population on campus. I was an older student and looking for my niche. I found one of sorts, but it was not enough. I missed my Marine Corps family. So at the end of my senior year, I reenlisted.

My second enlistment was eye opening and full of experiences I wouldn’t trade for anything. I quickly grew bored with headquarter based work, so I volunteered to go forward and support operations at Camp Leatherneck in Afghanistan. It was one of the best decisions I’ve ever made. I worked with Marines on the ground—a first for me—and I loved it. I was excellent at my job and really found that family feeling you only get from working with the same Marines day in and out and sharing the same experiences. And this is where I rediscovered those values—honor, courage and commitment with the amazing group of Marines I had the honor of serving with in Afghanistan.

At the end of my second enlistment I went abroad a couple of times and taught English in Rome. I was able to see parts of the world I had only dreamed about.

Upon my return from Italy the second time, I began to aggressively look for work but came up short. The feelings of failure and lack of purpose were overwhelming. 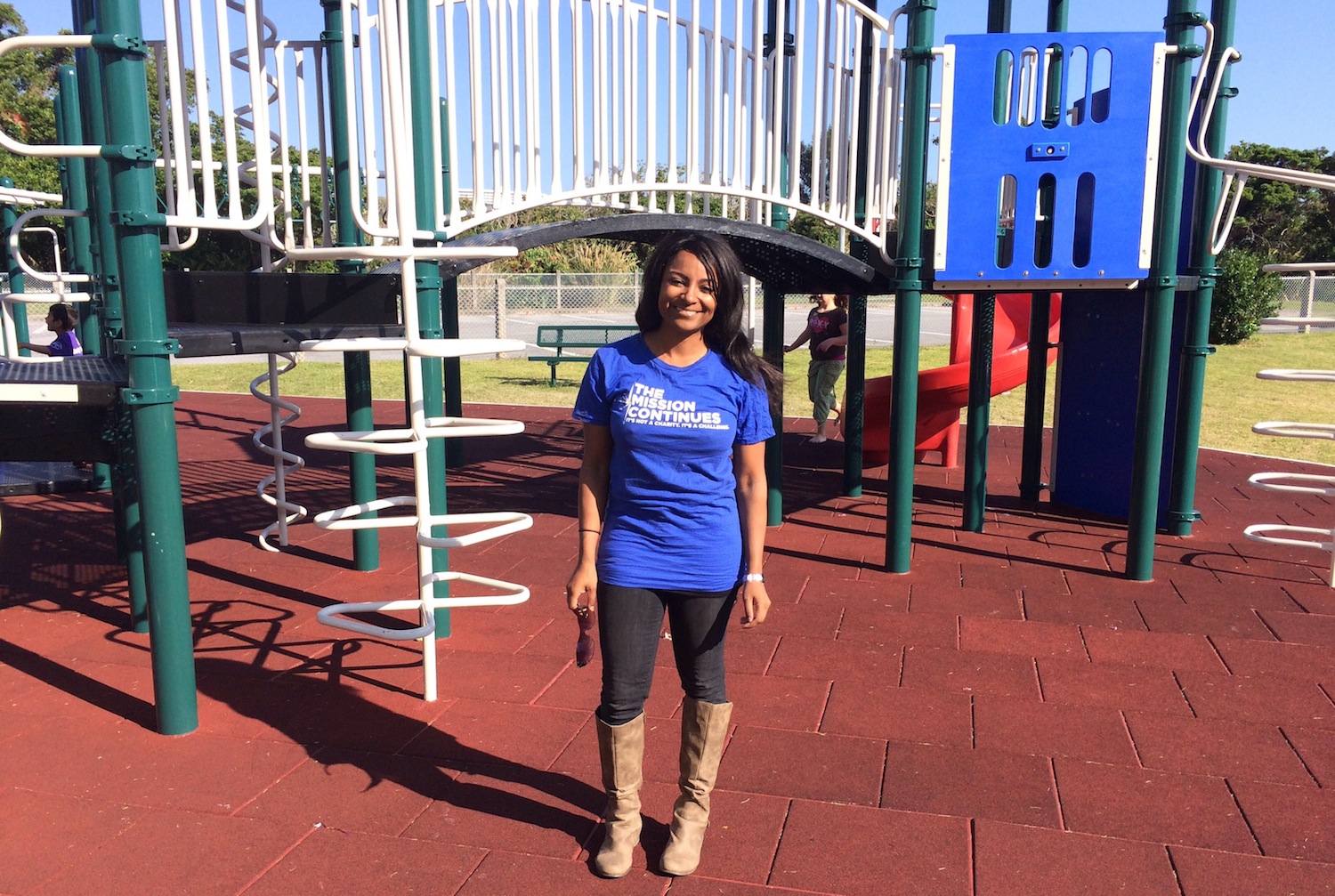 The author during her fellowship.

But then an old friend told me about a guy he knew in San Diego named Moses who worked at The Mission Continues. I told him about what led me to him—the need to serve others, the desire to lead. All of that. Moses was so passionate, engaging, funny and truly interested in what I wanted for my life that I immediately applied for a fellowship.

The fellowship opportunity led me to Colorado, where I worked with Denver Area Youth Services (DAYS) to help inner city youth succeed. Since my challenges in the Marines, I understood that changing the conditions around you leads to a better life. So empowering those kids really helped me discover a purpose.

Of course, it was a challenge to juggle my fellowship with a full course load at school, but I had Jim in my corner. He was always there to chat about how I could get the most out of my fellowship and deal with the other things in life. I wasn’t just hanging out alone in Colorado—Jim’s work made me realize I had a whole spectrum of support behind me.

It’s been a year since I completed my fellowship. Jim and Moses check in from time to time, and even when life gets busy, the support I feel brings me back to those guiding values. They’re committed to my success. And veterans are honored at The Mission Continues, but not in the ‘thank you for your service’ way. They ask what we can do for others and not just ourselves, and given our history of service, that feels like the best way to use our experience.

But it’s the courage that I think about. My fellowship gave me the tools and the confidence to make it out in the world. I learned all these things standing on the yellow footprints, but now as I move forward, they’re now a part of everyday life.

Tamara Geyer is a Marine Corps veteran and a 2013 alumna of The Mission Continues Fellowship Program.

Want to serve your community like Tamara? Apply for the next fellowship class.