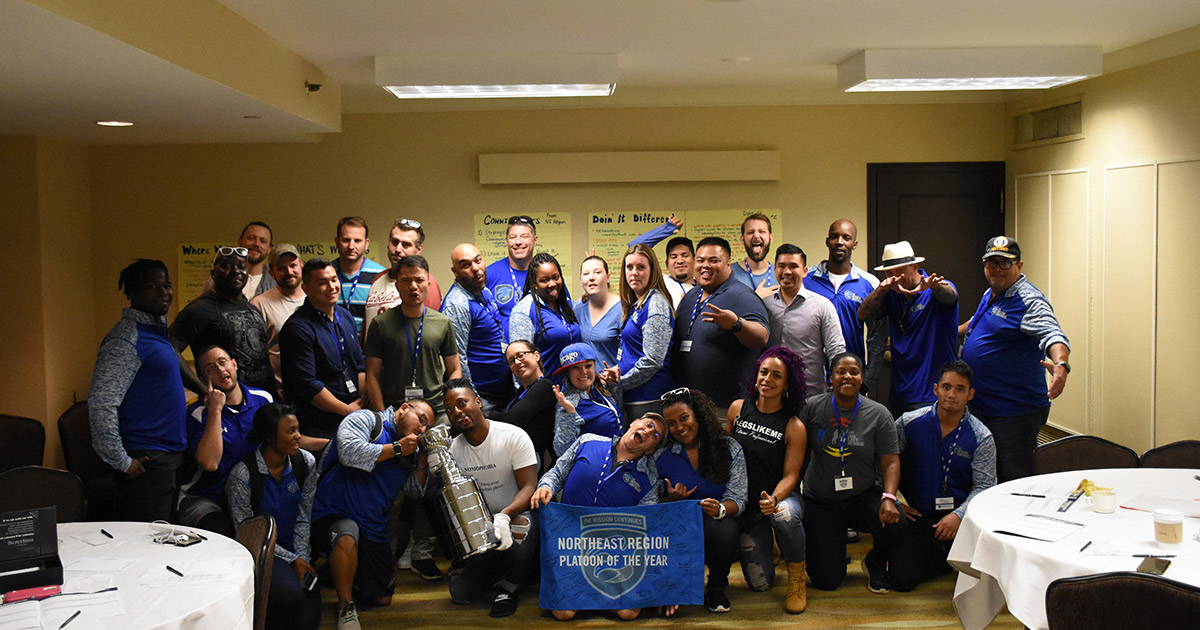 David Riera and Yaritza Perez on How Their Lives Converged

My identity as U.S. Marine has never stopped evolving… I wish I could have stayed a lifer just like Chesty Puller, my Gunny who was stacked with ribbons and medals always told us, each one of his ribbons and medals didn’t just demonstrate his courage, honor or commitment to the world … but they reminded him of the numerous birthdays of his children he missed and the anniversaries with his wife he couldn’t be there for or make for long-term.

Before I found The Mission Continues, I really didn’t know what I was doing with myself. I never imagined life out of the Marine Corps, but a football injury cut my enlistment short and we had to part ways.

As service members we aren’t the only ones who make personal sacrifices — our families, friends, and at times, our community.

I always felt that service was woven into the fabric of my being… how could I be retired as easily as a 1903 Springfield? My purpose, my friends, my entire world changed, pulling pieces of myself in every direction.

How I loved being a Marine. But not long after I was finished with my military service, I found myself lost with no real sense of direction. 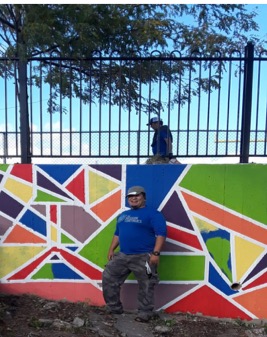 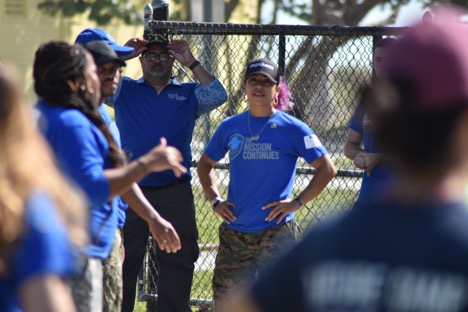 Yaritza Perez at a service project

At our center the esprit de corps was the ember that kept us warm when we couldn’t sleep, and dimly lit the paths we had to take.

After San Antonio, I worked with my partner organization in south Florida, the National Parks Conservation Association.

In six months, I learned a lot about being an advocate, which in a way I always thought I was but now I became equipped with the tools to better fight for what my community believed in…

The TMC fellowship experience helped me develop the skills to be a more efficient and effective advocate and leader for the environment; to protect our natural resources and along the way. I even found my voice…

I started interning at a golf course, of all places getting veterans out of their homes and into the gym.

In six months, I learned I was a pretty good golf player… But more importantly I played a crucial role in motivating veterans to take stock in their health… 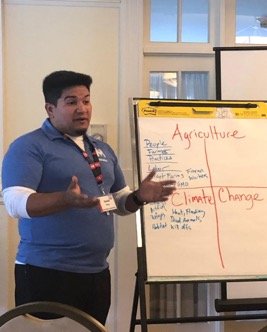 The both of us are like the two sides of the same challenge coin, during the fellowship we kept each other going. She was on billboards, and I was on newsletters.

After the Fellowship subsided it felt like the mission was complete and comms when dark again.

I met David and E-Ray and they saved my life. After I had returned to Orlando with a newfound sense of purpose. 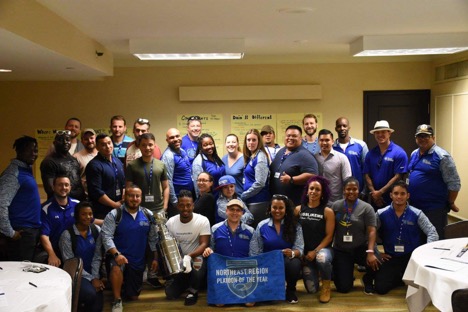 David and Yaritza at the Platoon Leader Summit

I didn’t know it was her birthday, but I saw the boots she got as a gift… You ever want to see Marine glow? …A shower, hot chow, and a new pair of boots will do it every time!

Again, comms would go dark, I kept up with her success in Orlando, hoping one day I could be a platoon leader like her.
So, I went to school and became a personal trainer, in hopes that I could use my knowledge and love for athletics to get people more active and healthier.

Sometime after my fellowship I found myself getting more involved in the community setting up a fitness group at my church and local parks.

I picked up more leadership roles with The Mission Continues, at the women’s summit, mass deployments, summer slams and as a platoon leader.

Almost a year later we would see each other on my turf for the LAST fellowship program service project in Crandon Park, Florida.

It was a glorious turn out for the last Fellowship service project… And while she was working painting the benches, I was planting the dunes.

A year passed again. I graduated from Service Leadership Corp in March 2019. But now what?

This was a very momentous occasion because not only did we reconnect, but we came together with Elizabeth, Ray’s Rough Riders together again…

When I realized David and I would once again rendezvous for yet another impactful weekend, I knew there was something more to this friendship.

Apart from being Marines, to our core we are LatinX or Hispanic veterans. 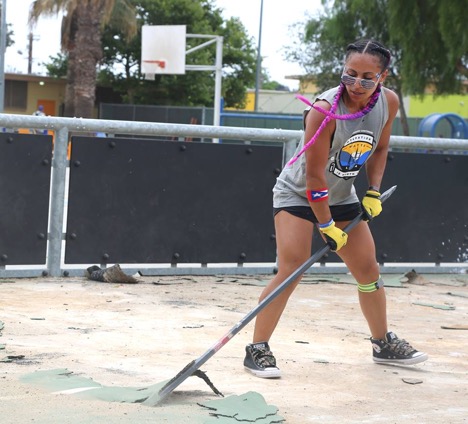 Yaritza at Mass Deployment in 2018, in Watts, Los Angeles.

I was fortunate enough to meet up with her again by surprise at the 2019 Green Latinos Summit in Silver Bay, NY.

I can tell you all this that our esprit de corps isn’t just an ember anymore, we have evolved and transformed, and that happens with heat and pressure.

We will be organizing a Hispanic veteran working group, leading by example, advocating for our environment as well as our people, and of course continuing the mission in our community.

I couldn’t believe I had gone from rompin stompin Sgt. P to Captain Planet and was now representing a new shade of green.

I can still save the world, not just as a Marine, but as a Mother.

As an American woman of color. I continue my service as the state consultant for an AMAZING organization which educates people about air quality issues that can affect their children and their families.

I can equip other women in dispossessed communities with the tools to find their voices.

Within their communities and across their states to raise questions and start conversations about clean air.

We never stop being Marines. We made an oath to defend our country.

Yes, we completed our missions abroad and served our nation when we were called upon, but
THE OATH NEVER EXPIRES!