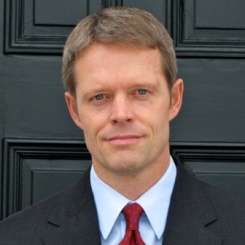 Peter is an Executive Director in Morgan Stanley’s Boston office. He joined the firm in 2009 after spending fifteen years with Goldman Sachs. Peter earned a master’s in business administration at the Tuck School of Business at Dartmouth College and a bachelor’s degree from the United States Naval Academy, where he graduated with honors and played for the Navy hockey team.

During his seven years of military service, Peter completed a post-graduate program in nuclear engineering, served as a nuclear engineering officer aboard the USS Long Beach, made two deployments to the Persian Gulf and taught engineering to newly commissioned officers. Peter serves on the board of Bottom Line, an organization which helps disadvantaged, inner-city youths get into and graduate from a four-year college. He also helped start the Nantucket Slam, a salt-water game fishing tournament that raises money annually for the Cystic Fibrosis Foundation, and is a founding member of the Boston Medical Center Trust.

Peter and his wife Pattie have three children.