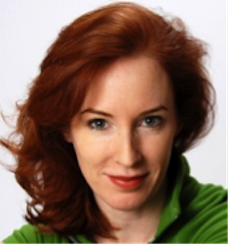 Meghan L. O’Sullivan is the Jeane Kirkpatrick Professor of the Practice of International Affairs and Director of the Geopolitics of Energy Project at Harvard University’s Kennedy School of Government. She is working on a book about the foreign policy implications of the new energy abundance, which will be published by Simon & Shuster in 2016.

Meghan has held a number of positions working in and on conflict areas. In 2013, she served as the vice chair of the All Party Talks in Northern Ireland, which sought to resolve on-going obstacles to peace. Between 2004 and 2007, she was special assistant to President George W. Bush and Deputy National Security Advisor for Iraq and Afghanistan during the last two years of her tenure. There, she helped run the 2006 strategic policy review on Iraq which led to the “surge” strategy. She spent two years in Iraq from 2003-2008.

Dr. O’Sullivan is an adjunct senior fellow at the Council of Foreign Relations, an occasional columnist for Bloomberg View, and an advisor to energy companies. She is a trustee of the German Marshall Fund, on the Executive Committee of The Trilateral Commission, and a trustee of the Friends of Inter Mediate, a UK-based non-profit focused on the most complex and dangerous world conflicts. She is also a member of the Aspen Strategy Group and on the advisory committee for the Women’s Initiative at the George W. Bush Institute. She is a Henry Crown Fellow at the Aspen Institute.

Meghan has been awarded the Defense Department’s highest honor for civilians and, three times, the State Department’s Superior Honor Award. She has a B.A. from Georgetown University and a masters and doctorate from Oxford University.