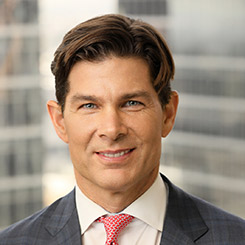 Len earned his B.S. in Mechanical Engineering from the United States Military Academy at West Point. He served as Captain in the U.S. Army and was Company Commander and an Aviation Officer and AH-64 Apache Pilot in the Persian Gulf War, earning the Distinguished Flying Cross, Bronze Star, and Air Medal for Valor. Len also holds an M.B.A. in Finance from the Anderson School at UCLA.

Len is a board member of Junior Achievement of Southern California, an organization he has actively supported since 2006. Len has been an active supporter and advocate for The Mission Continues since 2014. He is a former member of the Service Academy Selection Board for Congresswoman Jane Harman.

Len has three daughters and lives in Los Angeles, California.